Mushrooms, Fungi, or Toadstools 3^5 CAUTIONS FOR THE INEXPERIENCED Never use specimens which are decomposed in the slight- est degree. Never use those which are at all burrowed by insects. Never collect for food mushrooms in the button stage, as it is diflScult for a novice to distinguish the buttons of poisonous species from buttons of harmless species. Never use fungi with swollen bases surrounded by sac- like or scaly envelopes. Never use fungi with milky juice or any juice unless it is the reddish. Never use fungi with caps thin in proportion to the width of the gills when the gills are nearly aU of equal length, especially if the caps are bright colored. Never use for food tube-bearing fungi in which the flesh changes color when cut or broken, nor those with the tubes reddish. Be very cautious with all fleshy tube-bearing fungi. Never use for food fungi with web-like ring around the upper part of the stem. MUSHROOM GROWING Mushroom growing is a good way to make some money, provided one has a cellar or roothouse at one's disposal. To learn how, send to the United States Department of Agriculture, for Farmers' Bulletin, No. 204, "The Culti- vation of Mushrooms." BOOKS RECOMMENDED The following are standard and beautifully illustrated works on mushrooms and toadstools; they have been freely used for guidance and illustrations in the preparation of the above : 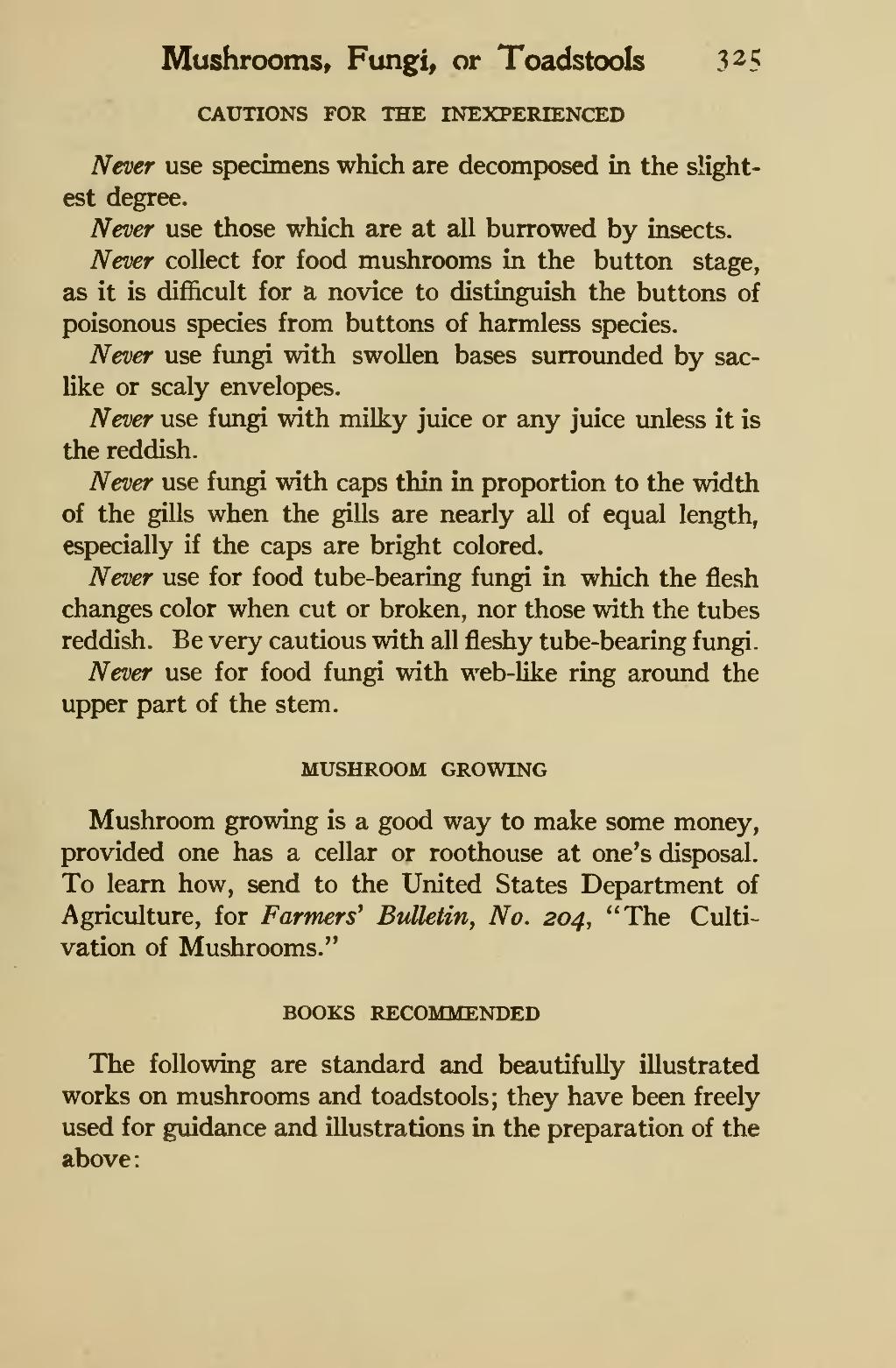