320 The Book of Woodcraft tall and graceful. The cap is one to three inches in diam- eter, grayish or grayish brown, sometimes tinged lead color. Stew or bake from twenty to thirty minutes after thor- ough washing, is the recognized mode of cooking it. Beefsteak Mushroom {Fistulina hepatica). This juicy red mushroom grows chiefly on the chestnut stumps. In color it varies from strawberry red to liver brown, not unlike raw meat, paler below. When wounded it bleeds. Section, Beefsteak mushrooms. Note that it has tubes, not gills, below. "When properly prepared it is equal to any kind of meat. It is one of our best mushrooms." (M. E. Hard.) Sometimes sliced and served raw as a salad. All the Clavarias or Coral Mushrooms are good except Clavaria dichotoma which is white, and has its branches divided in pairs at each fork. It grows on the ground under beeches and is slightly poisonous and very rare. The edible ones are of the types illustrated. They are yellow, buff or dingy brown; two to four inches high. 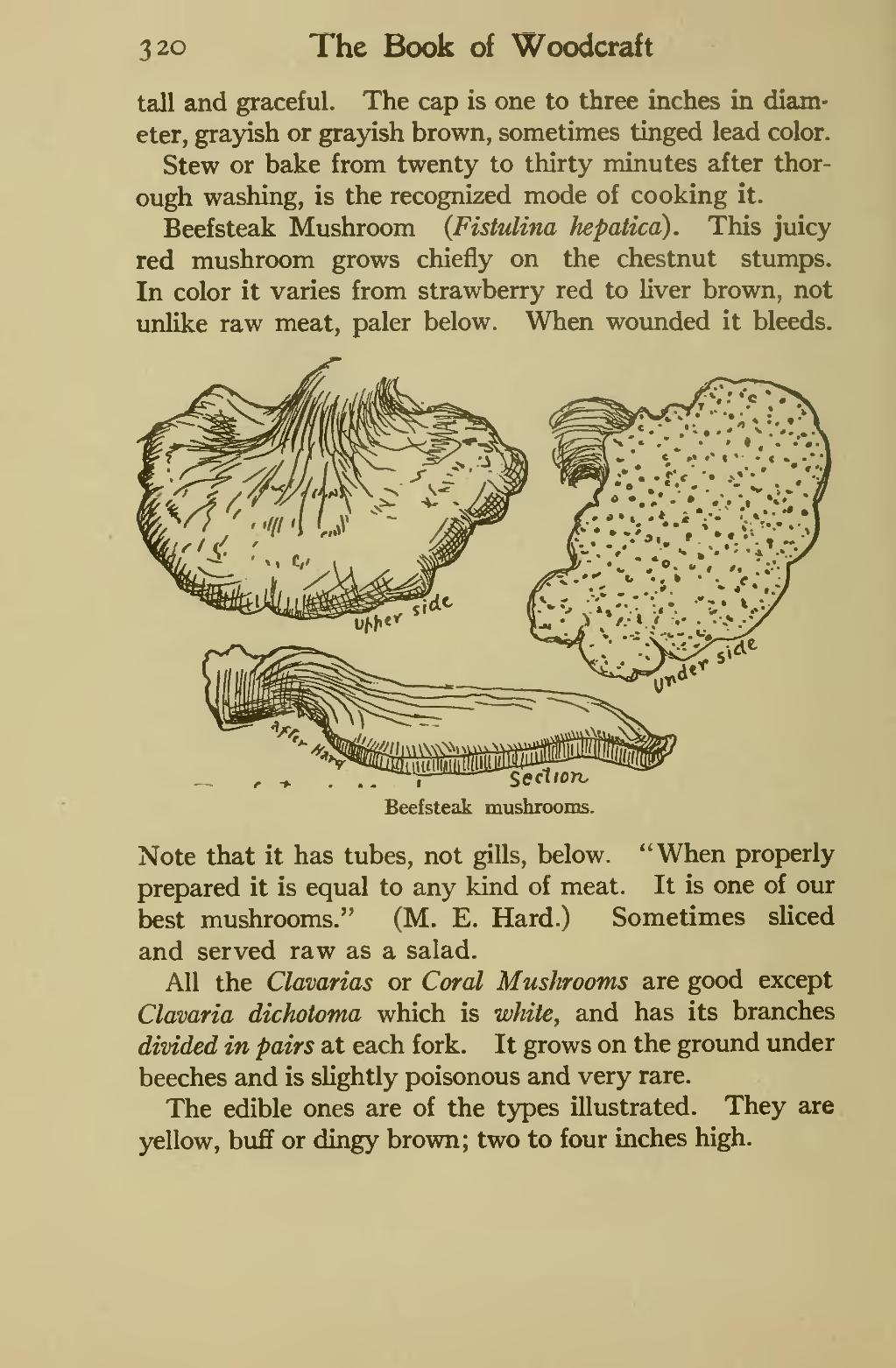