314 The Book of Woodcraft yellow, though the spores are white; stem yellow; the cap is very flat when fully expanded and always is finely grooved or fluted on the upper edge. This is not only eatable but famous, yet it is so much Hke certain poisonous forms that it is better let alone. Indeed it is best for the beginner to accept the emphatic warning given by Mcllvaine and Macadam, in their standard work " looo American Fungi" (p. XVII): "Any toadstool with white or lemon- yellow gills, casting white spores when laid — gills downward — upon a sheet of paper, having remnants of a fugitive skin in the shape of scabs or warts upon the upper surface of its cap, with a veil or ring, or remnants or stains of one, having at the base of its stem — in the ground — a loose, skinlike sheath sur- rounding it, or remnants of one," should he considered deadly poison till the contrary is proved by good authority. This may make you reject some wholesome kinds, but will surely keep you from danger. If by ill chance any one has eaten a poisonous Amanita, the effects do not begin to show till sixteen or eighteen hours afterward — that is, long after the poison has passed through the stomach and begun its deadly work on the nerve centres. Symptoms. Vomiting and purging, "the discharge from the bowels being watery with small flakes suspended, and sometimes containing blood," cramps in the extremities. The pulse is very slow and strong at first, but later weak and rapid, sometimes sweat and saliva pour out. Dizziness, faintness, and blindness, the skin clammy, cold and bluish or livid; temperature low with dreadful tetanic convul- sions, and finally stupor. (Mcllvaine and Macadam p. 627.) Remedy: "Take an emetic at once, and send for a phy- sician with instructions to bring hypodermic syringe and 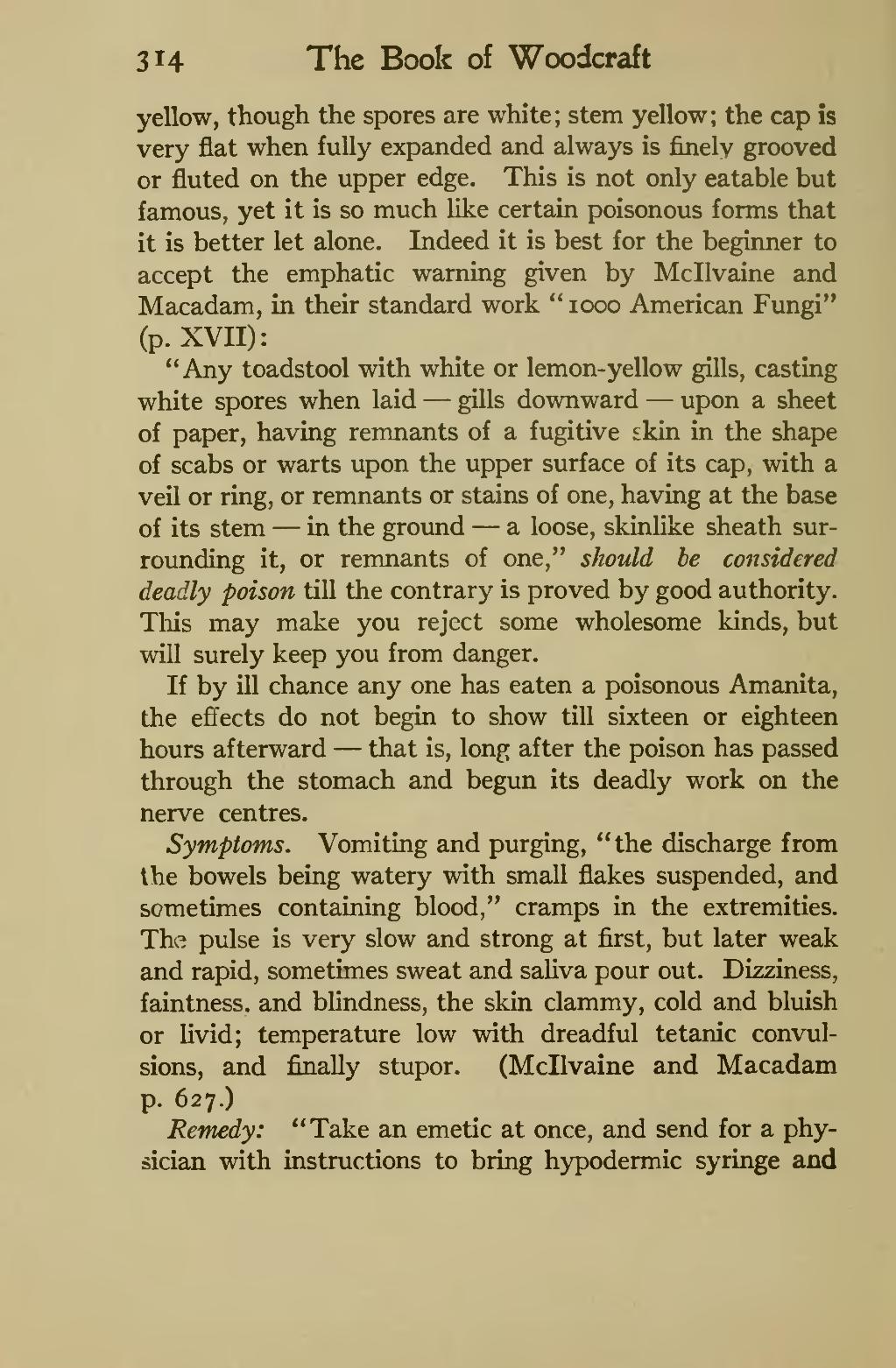