Natural History 297 He never let me get within two hundred yards, and he wasted but little time in observation. He had now taken me on a two-mile circuit and brought me back to the starting point. So he had taught me this — a cunning old jack-rabbit Uved in the region around which I had followed him, for they keep to their homeground. All his ways of running and observing, and of using barbed- >/ . K /A^ J.^ ^.^ X'

No. 9. Where the Jack-rabbit's track was doubled wire fences, barnyards, and hedges, showed that he was very clever; but the best proof of that was in the fact that he could live and flourish on the edge of a town that was swarming with dogs and traveled over daily by men with guns. The next day I had another opportunity of going to the jack-rabbit's home region. I did not see himself; but 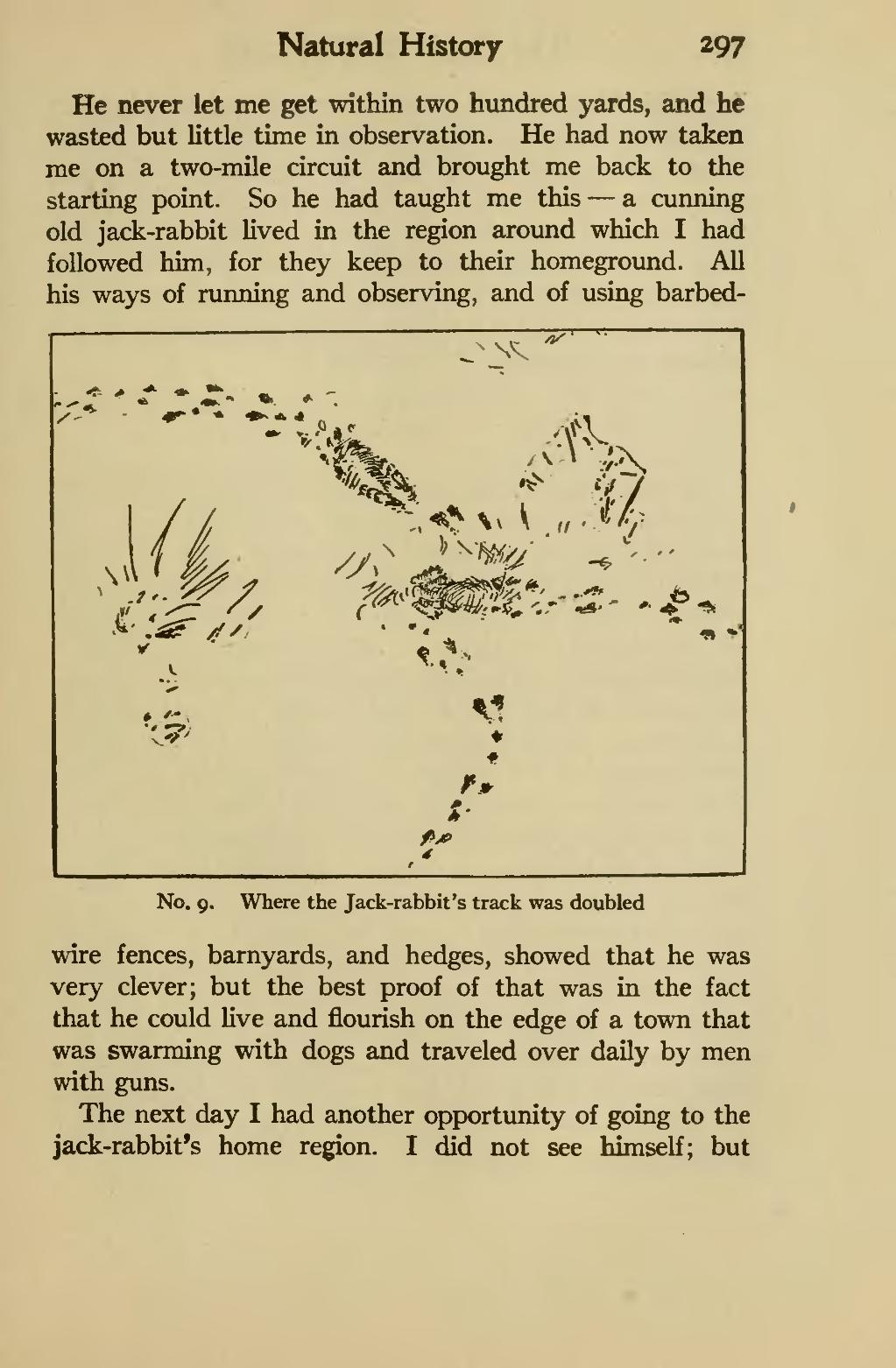