Natural History 291 of setting the feet we can distinguish the predacious and the marsh-frequenting quadrupeds. The next track Hkely to be seen is that of the dog (Illustration 2). In this the harder, less pliant foot and the non-retractile claws are clearly seen. But the trail shows the dog is not a correct walker. His tracks are "out of register" as a printer would say. And he has a glaring defect — the result no doubt of domestication, of long generations on pavements and in houses — he drags his toes. All these things contribute to make the dog a noisy walker in the woods. WOLF It is well at this time to compare the track of the dog with that of the wolf. I have made dozens of drawings, casts, prints, photographs, and studies of wolf and dog tracks; and have not found a single reliable feature that will distinguish them. One hunter says the wolf has the relatively small outer toes. Yes, sometimes; but not when compared with a collie. Another says that the wolf's foot is longer; but not when compared with that of a greyhound, staghound, or lurcher. Another, the wolf's foot is larger; yet it will not rank in size with that of a St. Bernard or a great Dane. The wolf lifts his feet neatly without dragging his toes; but so do many dogs, especially country dogs. Thus all these diagnostics fail. On the whole a wolf is a better walker than a dog. His tracks do usually register, but not always, and in some wolves rarely. If a wolf-track in the snow be followed for a mile or two, it will be found to go cautiously up to an unusual or promising object. (Illustration 3.) It is obviously the trail of a suspicious, shy creature while the dog-trail 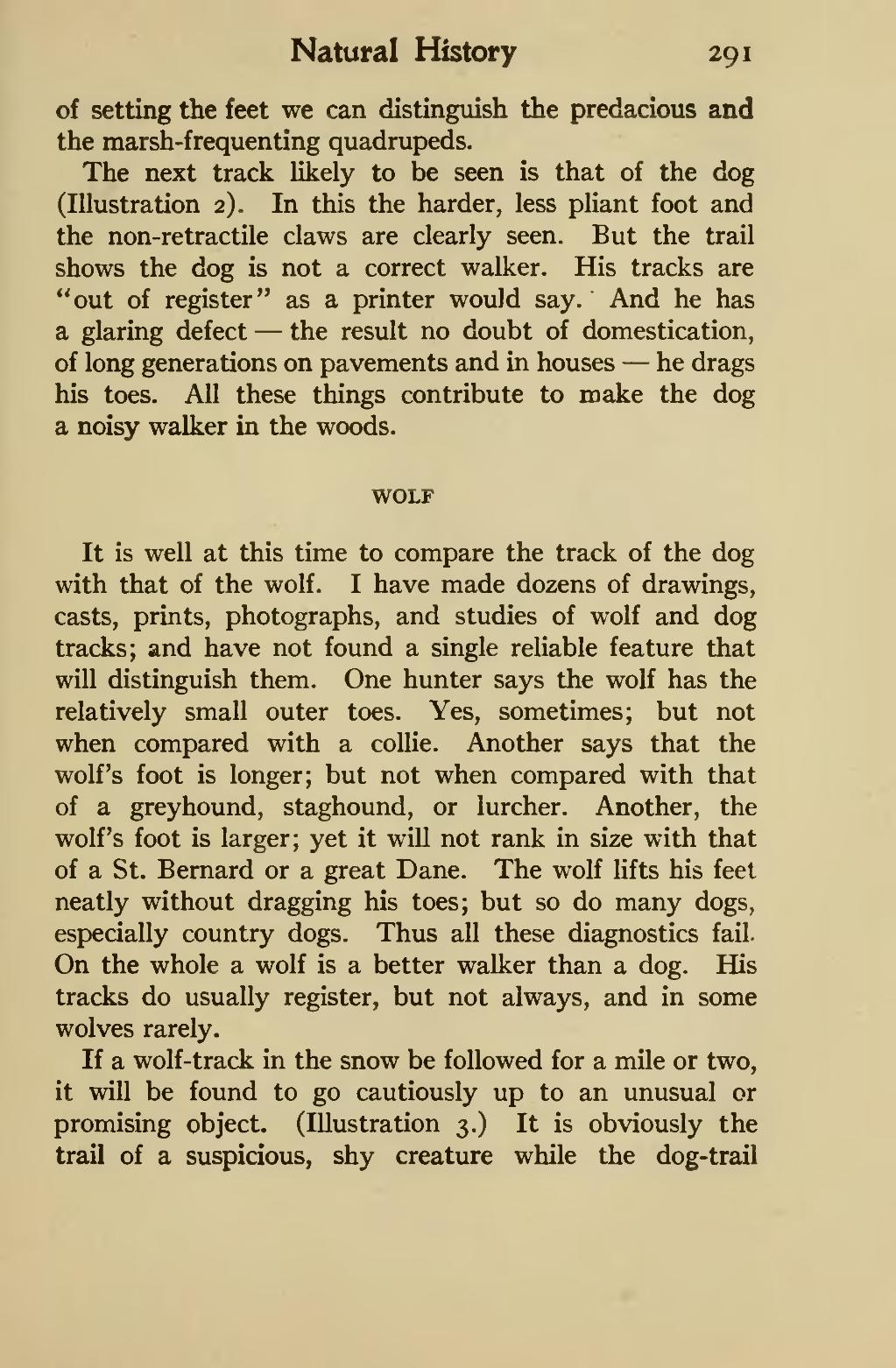