Natural History 287 no literature on the subject. All facts had to be gathered directly from Nature. My first attempts at recording tracks were made with pencil and paper. Next, realizing how completely the pencil sketch is limited by one's own knowledge, I tried photography; but it invariably happens that not one track in ten thousand is fit for photographing, and it cannot be taken except when the sun is about thirty degrees above the horizon — that is, high enough to make a picture, and low enough to cast a shadow of every detail. Thus photography was possible only for about an hour in the early morning and an hour in the late afternoon. But the opportunity in the meanwhile usually was gone. I then tried making a plaster cast of the tracks in the mud. Only one such in a million was castable. As a matter of fact, none of the finest were in the mud; and the much more interesting dust- tracks were never within reach of this method. For most practical purposes I have been forced to make my records by drawing the tracks. NO TWO TRACKS ALIKE The trailer's first task is to learn the trails he means to follow. The Red Indian and the Bushman, of course, simply memorize them from their earliest days, but we find it helpful and much easier to record them in some way. Apart from other considerations, a form is always better comprehended if we reproduce it on paper. As a general principle, no two kinds of animals leave the same track. As a matter of fact, no two individuals leave the same trail. Just as surely as there are differences in size and disposition, so there will be corresponding differences in its trail; but this is refining beyond the purposes of prac- ticability in most cases, and for the present we may be satisfied to consider it a general rule that each species 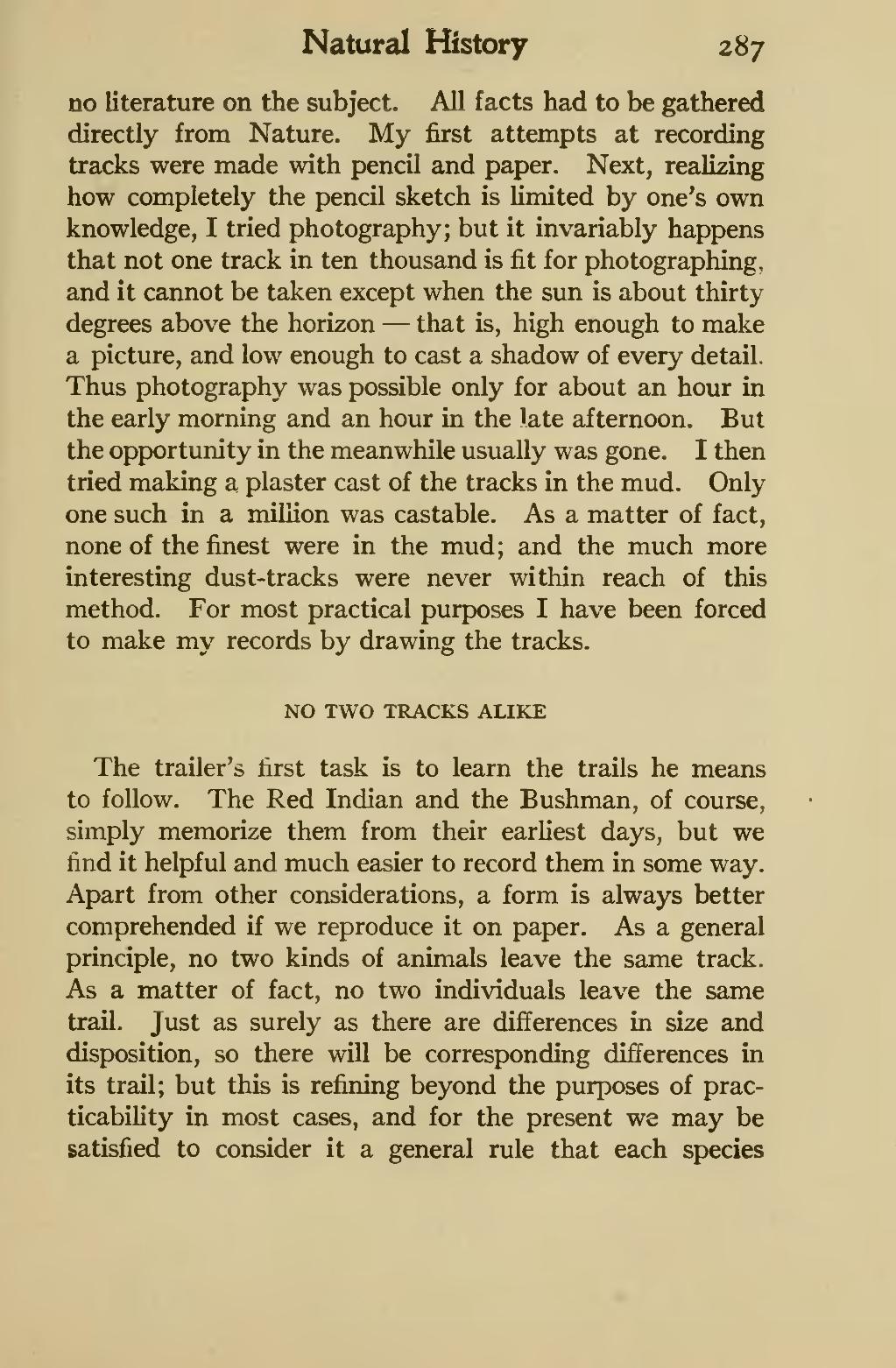