Natural History 273 this — the one that ' corresponds with our forearm. This must be reached in a different way. There are two bones in this, and the space between them is full of meat. The quill feathers on its under side hold the skin tight. In birds up to the size of a robin, this can be cut out after the skin is forced a Httle farther back than the elbow joint on the upper side, but in large birds it is well to sHt the skin under the wing from X to J (Fig. i), along the line between the two bones. Clean off the leg bones in the same way as the first wing joint, turning the skin back as far as the heel joint (H in Fig. 2). Carefully scrape off any lumps of fat left on the skin, and especially remove the grease and flesh about the tail bones. Now this is the time I have usually found most con- venient to remove stains from the plumage. If of blood, hold the stained feathers on the inside rim of a cup of lukewarm water and wash till clear. Then dry the feathers with cornrneal. The shaking and turning they get in the next operation will make them fluff out as before. If the stain is grease, use a cream made of benzine and plaster of Paris. Let this dry on the feathers. It dries as powder and faUs off, taking the grease with it. The next thing I now do is to tie the wing bones with a stout Hnen thread, so that their ends are shackled together as far apart as in life, (Fig. 6.) Some do not do this, but it strengthens the skin, and I find it a great help in several ways. Now comes the poisoning. After trying dry arsenic for long, I have come back to the old-fasliioned arsenical soap. It is much less liable to poison any one, since it is not blown about by the wind. It does not look like anything but soap and hence is unlikely to be mistaken 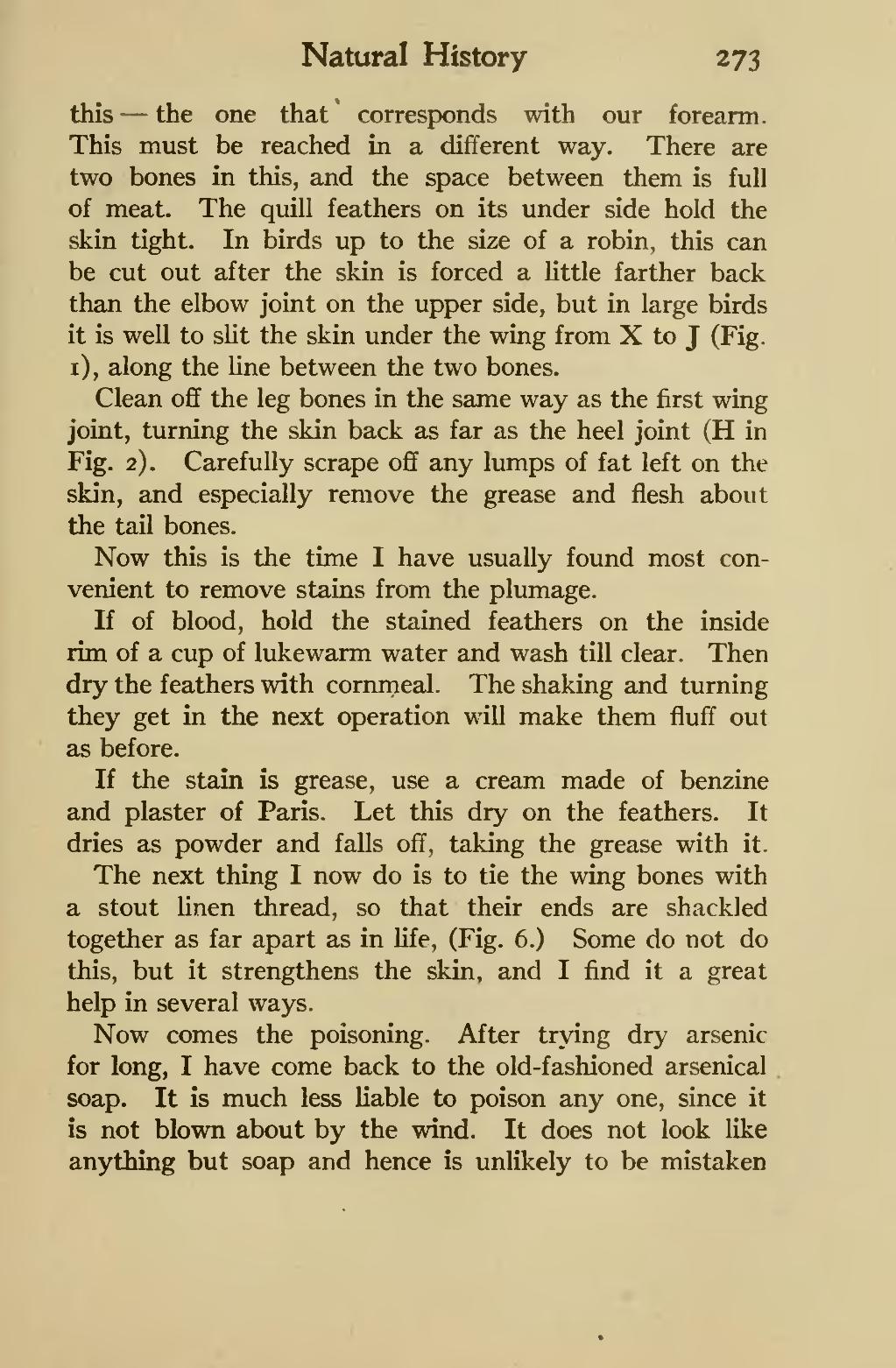