"Birds That Hunt and Are Hunted," By Neltje Blanchan. Doubleday, Page & Co. (Popular.)

How to Stuff a Bird

A boy found a bird that was lying dead in the woods. Its beautiful plumage, its form and its markings delighted his eye. He carried it home to show to his mother and to ask its name. She admired it with him but she could not tell him what it was, and at length said, "Now go and bury it before it begins to smell."

The boy had not given a thought to the history of the bird, nor had its death caused him a touch of sorrow. He was interested in it as a strange and beautiful thing, and the idea of burying all that beauty, or — worse — see- ing it corrupt, now gave him a deep regret.

"How I wish I knew how to stuff it," he said, feeling that then he might always renew his present enjoyment. He was expressing the feeling of most young people when they see a dead bird. All would like to save its beautiful plumage at least. They know it can be done, but have 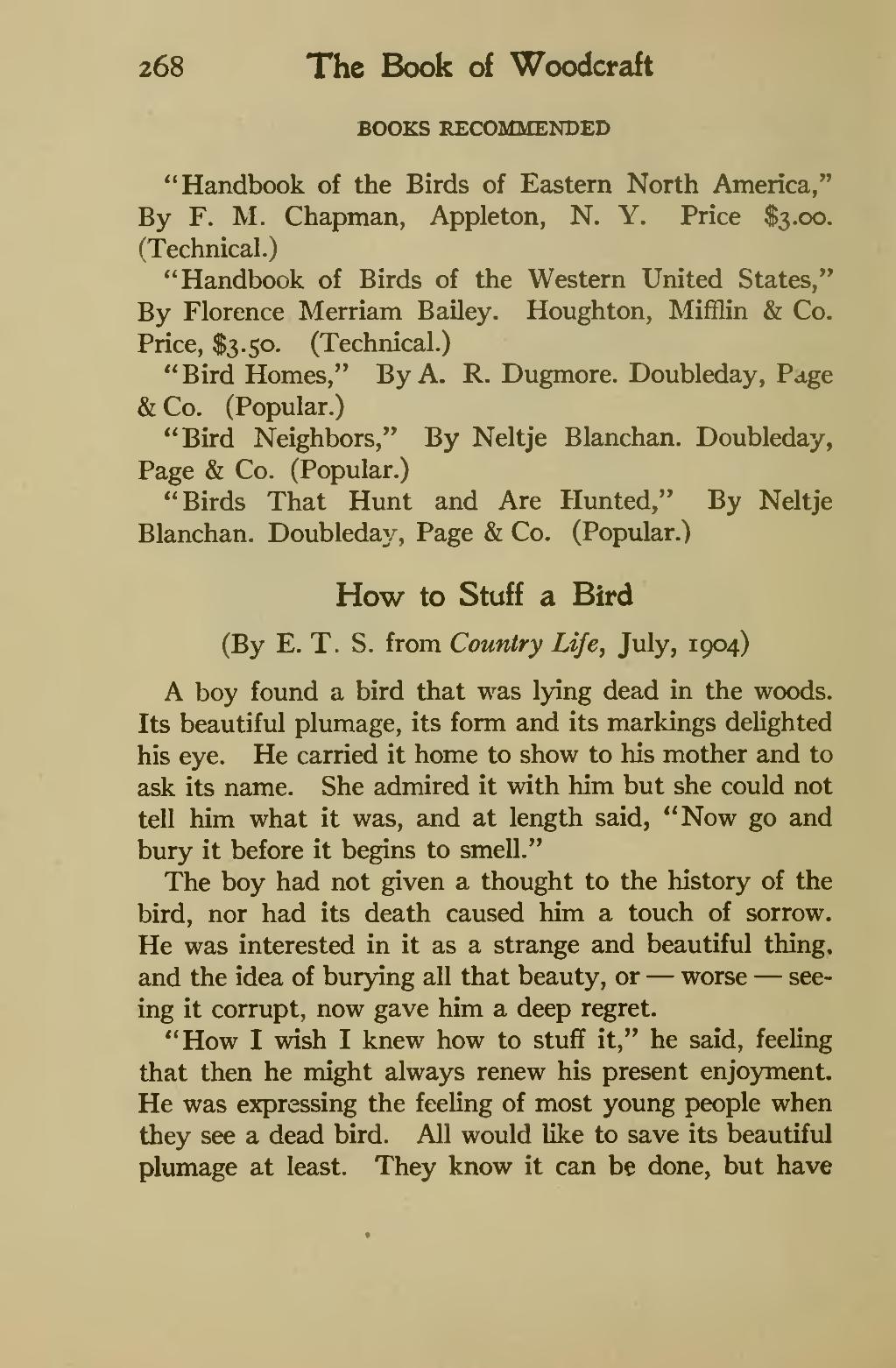