Health and Woodland Medicine ^Z7 them 1825 to '40. In this he pointed out that it is exceed- ingly injurious to breathe through your mouth; that, indeed, many persons injured their lungs by taking in air that was not strained and warmed first through the nose, and in many cases laid the foundation of diseases which killed them. don't turn out your toes much When you see a man whose toes are excessively turned out, you may know he was born and brought up on side- walks. He is a poor walker and will not hold out on an all day- tramp. The mountaineer and the Indian scout always keep their feet nearly straight. It is easier on the feet and it lengthens the stride; makes, in short, a better traveler. A glance at his tracks will tell you how a person walks. TOBACCO No Indian was allowed to use tobacco until a proven warrior. It was injurious to the young they said, but in the grown man if used only as a burnt sacrifice it helped in prayer and meditation. Some of the finest Indians, Spotted-tail for example, never smoked as a habit. In the New York Literary Digest for December 30, 191 1, there appeared the following important article: INJURIOUSNESS OF TOBACCO The opinion that tobacco is injurious to the young and apparently harmless to adults, quoted in these pages recently from American Medicine, is adjudged by the editor of Good Health (Battle Creek, Mich., December) to be one of those half- truths which Tennyson tells us are "ever the blackest lies." 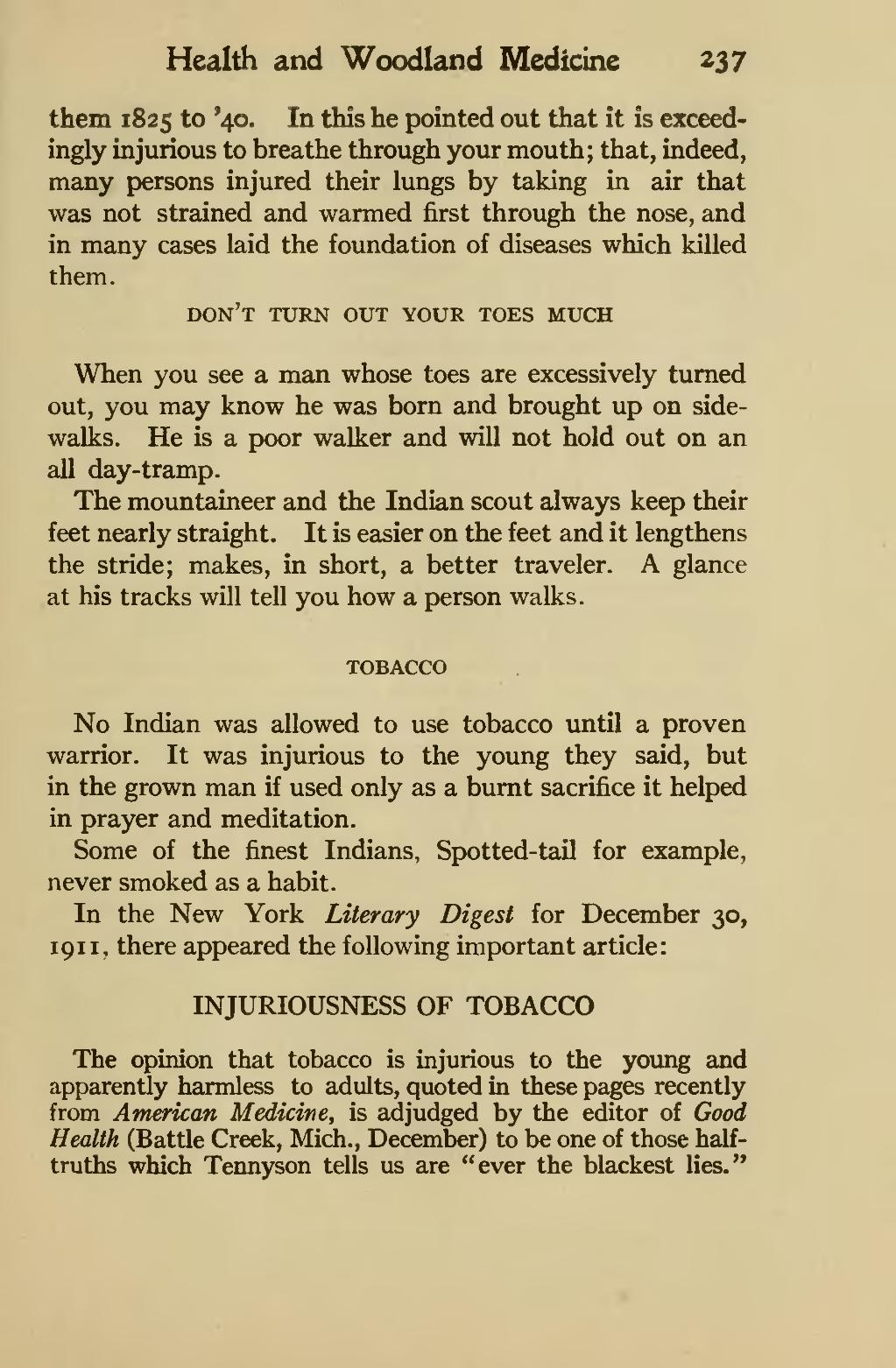