Games for the Camp 219 Mark off on a stick your idea of a yard. Bring a leaf of witch hazel, and tell what it is good for. Show a bed made by yourself in camp of woods material. Bring a leaf of beech, and tell how it differs from those most like it. Show a dancer's war club made by yourself in camp, and tell what they are used for. Dance a step; any — English, Irish, Scotch, or Indian. Strike a match and light a lamp; both of them im- aginary. Show a birch-bark utensil or article made by yourself. Make a map of North America from memory in 10 minutes. Boil a quart of water in a 2-quart pail, given i match, a hatchet, and a stick of wood. You should do it inside of 12 minutes. Give an imitation of some animal, actions or sounds. Play the part of an Indian woman finding her warrior dead. For each of the first 20 competitors, points were given; the prize adjudged by the total. Some of these stunts may seem trivial, but there was a purpose in each, and that purpose was served. In the Indian widow, for example, we wished to select the best actor for play. Most of the fellows failed. Two were good, but one, nearly the smallest in camp, was so fine that he brought tears into the eyes of many. The selection of the various leaves impressed these kinds on all, especially those who failed to bring the right ones. The song and dance was introduced to cultivate the spirit of going fearlessly in and doing one's best, however poor it might be; and the elements of handicraft were recognized in birch-bark vessel and war club. 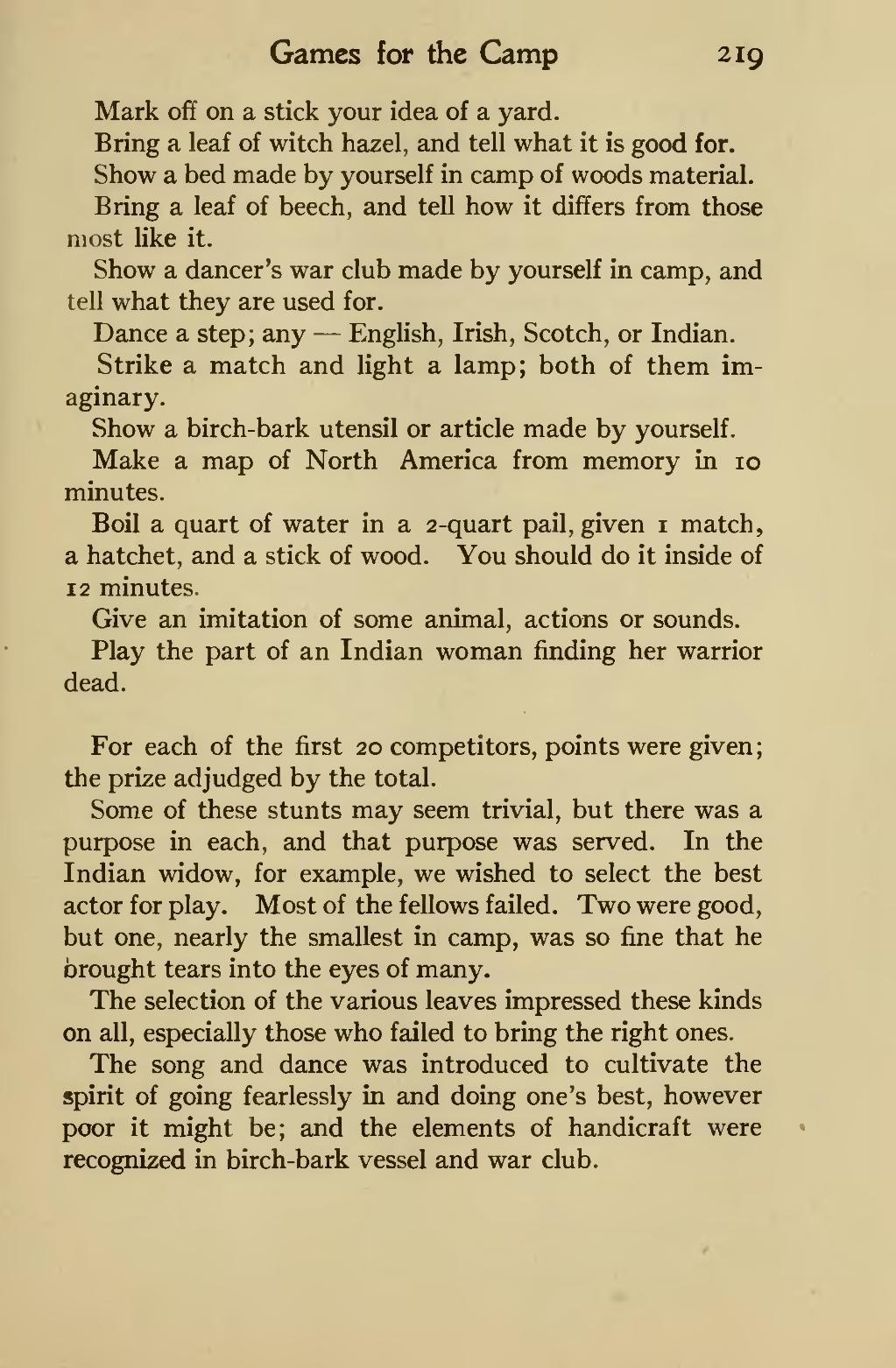