Games for the Camp 217 of potato every 20. After ten minutes' run the deer has to hide. The trailers follow him, picking up the beans and potato slices. Each bean counts i point, each slice of potato 2. The one who linds the deer scores 10 for it. APACHE RELAY RACE One band is pitted against another, to see who can carry a message and bring a reply in shortest time, by means of relays of runners. One mile is far enough for an ordinary race. This divides up even 220 yards to each of eight runners. The band is taken out by the Chief, who drops scouts at convenient distances, where they await the arrival of the other runner, and at once take the letter on to the next, and there await the return letter. A good band of 8 can carry a letter a mile and bring the answer in about 9 minutes. THE WEASEL IN THE WOOD The old French Song game much like our game of *'But- ton,Button," orthe Indian Moccasin game, is given in the Section on Songs, etc. THROWING THE SPEAR This was popular among Indians until the rifle made the spear of little use. The spear is of a straight, slender stafif of ash or hickory, about 7 feet long. It should have a steel point, the weight should be chiefly in the head end; that is, the balancing point should be 2 feet from the head. A tuft of colored feathers or hair near the light end helps the spear to fly straight, and is a distinctive ornament. 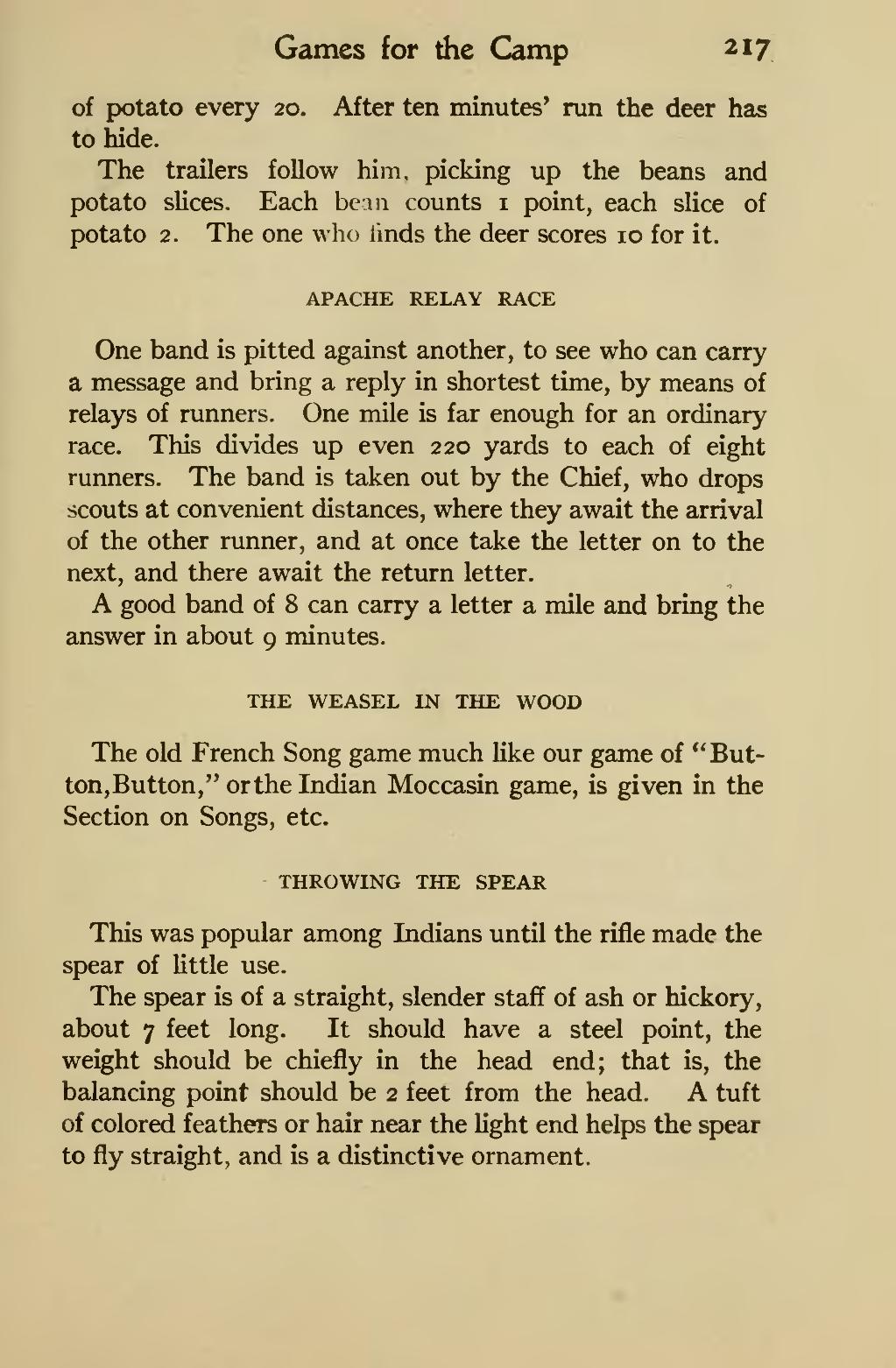