192 The Book of Woodcraft CAMP COOKERY (See Horace Kephart's "Book of Camping and Wood- craft.") In most camps the staples are: Coffee (or tea), bacon, game, fish and hardtack, bannocks or biscuit,, usually and most appropriately called "sinkers" and "damper." To make these necessary evils, take I pint flour. I teaspoonful of baking-powder, Half as much salt. Twice as much grease or lard, With water enough to make into paste, say one half a pint. When worked into smooth dough, shape it into wafers, half an inch thick, and three inches across. Set in a greased tin, which is tilted up near a steady fire. Watch and turn the tin till all are browned evenly. For other and better but more elaborate methods of making bread, see Kephart's book as above. For cooking fish and game the old, simple standby s are the frying-pan and the stew-pan. As a general rule, mix all batters, mush, etc., with cold water, and always cook with a slow fire. There is an old adage: Hasty cooking is tasty cooking. Fried meat is dried meat. Boiled meat is spoiled meat. Roast meat is best meat. This reflects perhaps the castle kitchen rather than the camp, but it has its measure of truth, and the reason why 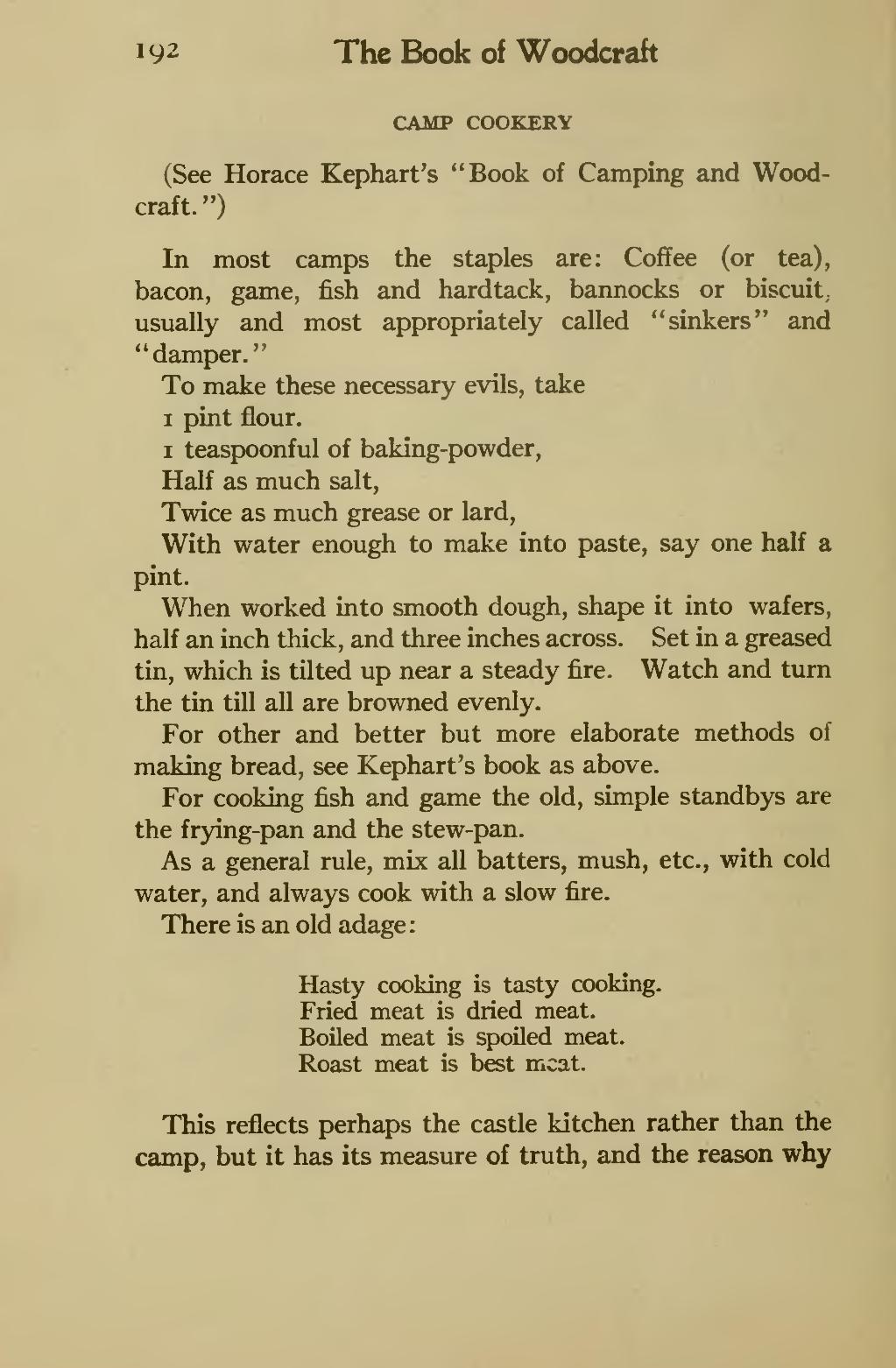