1 64 The Book of Woodcraft three tufts are tied, their tops straight if the trail goes straight on; otherwise the tops are turned in the direction toward which the course turns. The Ojibways and other woodland tribes use twigs for a great many of these signs. (See second row.) The hang- ing broken twig like the simple blaze means "This is the trail." The twig clean broken off and laid on the ground across the line of march means, "Here break from your straight course and go in the line of the butt end," and when an especial warning is meant, the butt is pointed toward the one following the trail and raised somewhat, in a forked twig. If the butt of the twig were raised and pointing to the left, it would mean "Look out, camp, or ourselves, or the enemy, or the game we have killed is out that way." With some, the elevation of the butt is made to show the distance of the object; if low the object is near, if raised very high the object is a long way off. These are the principal signs of the trail used by Scouts, Indians, and hunters in most parts of America. These are the standards — the ones sure to be seen by those who camp in the wilderness. SMOKE SIGNALS There is in addition a useful kind of sign that has been mentioned already in these papers — that is, the Smoke Signal. These were used chiefly by the Plains Indians, but the Ojibways seem to have employed them at times. A clear hot fire was made, then covered with green stuff or rotten wood so that it sent up a solid column of black smoke. By spreading and lifting a blanket over this smudge the column could be cut up into pieces long or short, and by a preconcerted code these could be made to convey tidings. 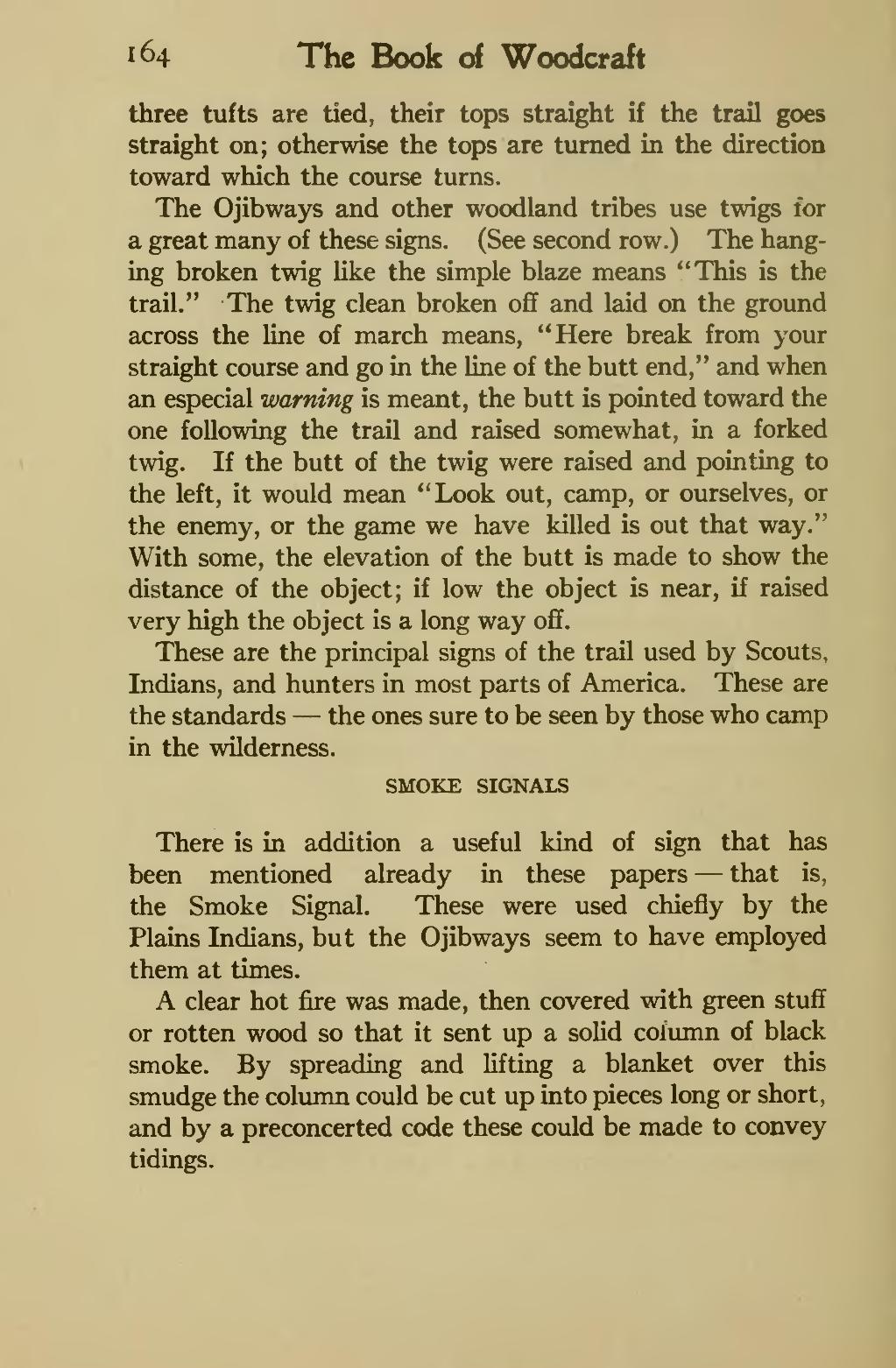