Purpose and Laws 71 Wampum Chief or Keeper. He is not elected, but appointed for one year by the Chief. He is charged with keeping the money and public property of the Tribe, except the records. He ought to have a lock-box or small trunk to keep valuables in. Chief of the Painted Robe or Feather Tally. He is not elected, but appointed for one year by the Chief. He keeps the tribal records, including the Book of Laws, the Roster or Roll, the Winter Count or Record of Camps and Seasons, and the Feather Tally, or Record of Honors and Exploits. He enters nothing except as commanded by the Council. He should be an artist. Sometimes one Councilor or Chief holds more than one office. The Old Guide or Medicine Man is elected and appointed by the whole Tribe. He is a member of the Council with- out election. Add to these the Chief of each Band or Clan in the Tribe, and all the Sachems and Sagamores (see page 74); pro- vided always that that number of non-elective members shall not exceed the number of elective members. These officers and Councilors form the governing body. (If there are too many Nobles, omit those who were latest raised to rank.) AU disputes, etc., are settled by the Chief and the Coun- cil. The Council makes the laws and fixes the dues. The Chief enforces the laws. AU rulers are elected or appointed for one year, or until their successors are chosen. The election to take place on, or as soon as possible after. Spring Day, which is the first Sun of the Crow Moon (March ist). Each year an Honorary Life Member may be elected. {Whenever in doubt, follow the National Constitution.) 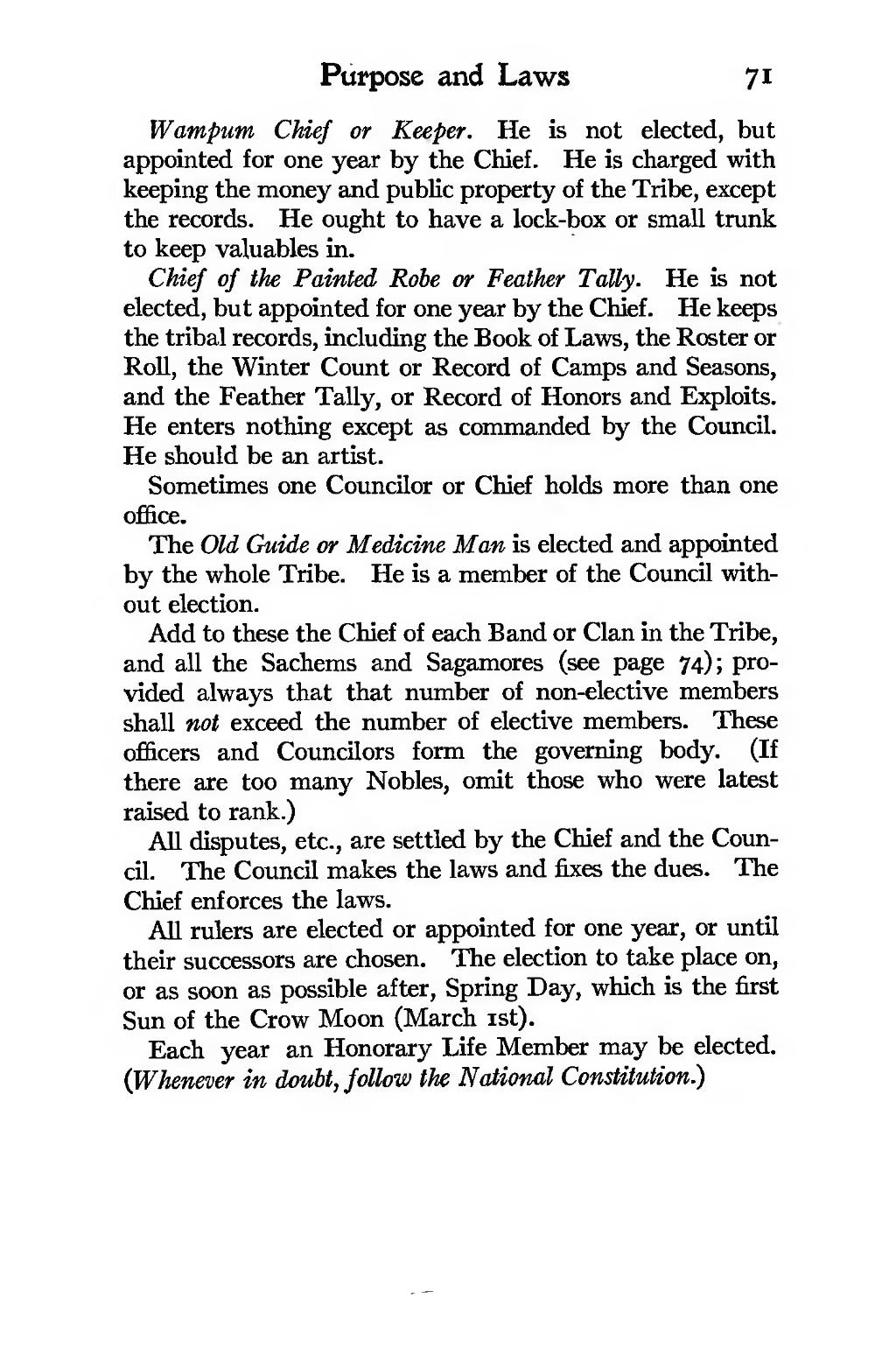