Purpose and Laws 65 open to all men of ripe years who have shown a right spirit within, and loving the ways of the woods are willing to help; and who also are voted worthy by the Council of their Medi- cine Lodge. Nevertheless, the High Council of Guidance may withhold its consent, so the election becomes void. If besides being Old Guides, they take also the degrees of Camper, Camp Cook, Camp Doctor, and Gleeman, or Herald, they may become Medicine Men of the Lodge, and for those who would follow further, there is the Inmost or Red Lodge of Power whose secrets are known only to the Head Chief of the Lodge and to certain others, but are not to be set down on paper, or given to the people at large. In the Medicine Lodge, each Medicine Man has two votes, whereas each Old Guide has but one. In every Tribe is at least one Old Guide or Medicine Man, who presides over their search for wisdom, and their Councils, in time of difficulty, helping with his experience and riper knowledge. Four times in every Moon, he should hold Council with his Tribe, from snow around again to snow. THE INITIATION OF A BRAVE All who would learn the life, and take on the vows of the other Lodges, must pass through three stages of: (i) Indian Boy; (2) Young Brave; and (3) Minisino or Tried Warrior. Before being admitted as an Indian Boy, he must: (i) Know the laws of the Lodge. (2) Have slept out three nights without a roof overhead (tents allowed). (3) Be proposed, seconded, posted, for one Moon, if not in camp, or for seven suns when in camp; and then voted into a Band by that Band (one blackball to exclude). After this, he faces some trial of his fortitude, and, ii found worthy, may take the vow in this wise: 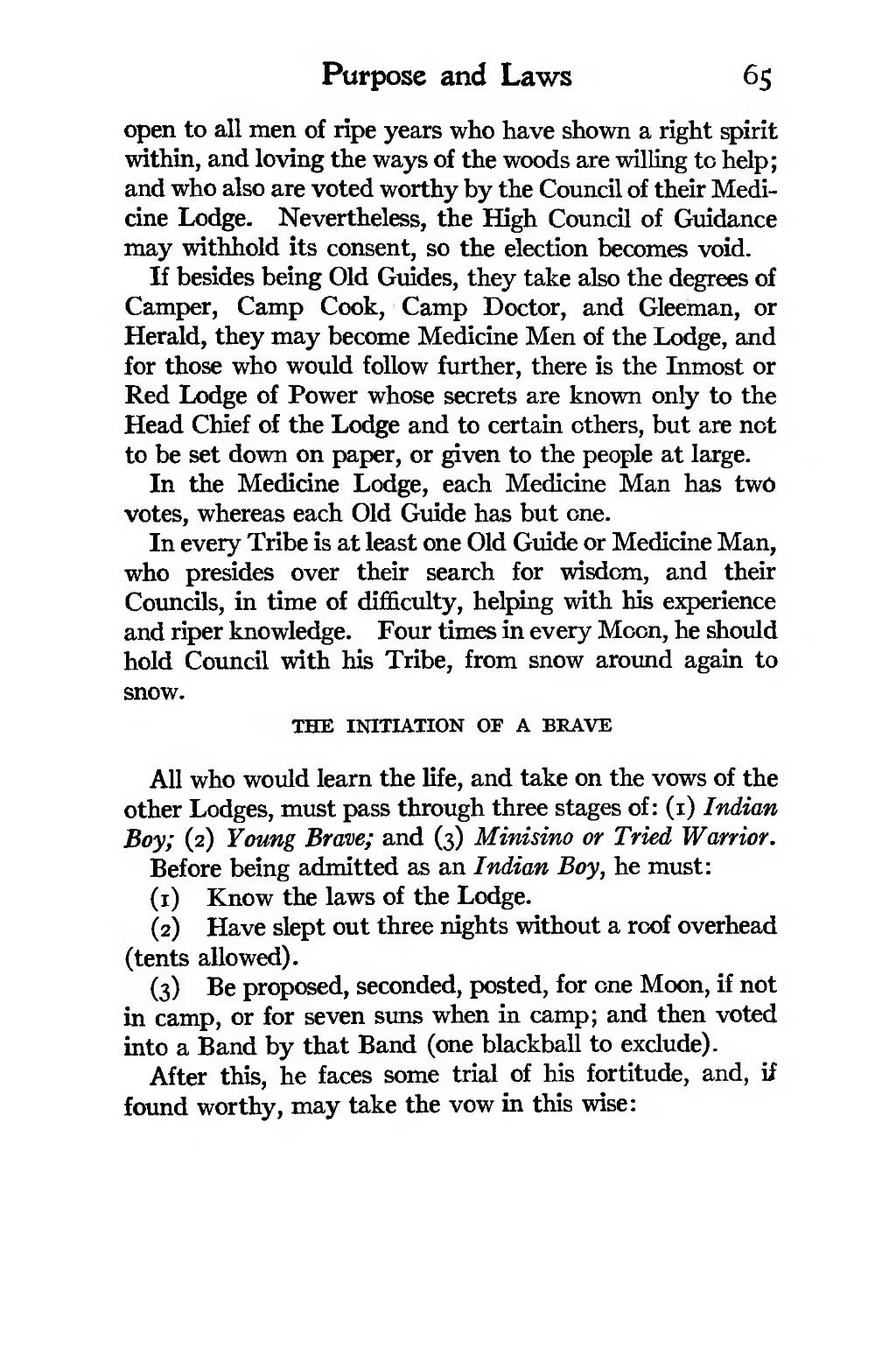