The Spartans of the West S3 Catlin's summary of the race is thus: "The North American Indian, in his native state, is an honest, hospitable, faithful, brave; warlike, cruel, revengeful, relent- less — yet honorable — contemplative and religious being." (Vol. I., p. 8.) Omitting here what he gives elsewhere, that the Redman is clean, virtuous, of splendid physique, a master of wood- craft, and that to many of his best representatives, the above evil adjectives do not apply. Bishop Whipple thus sums up the wild Indian, after intimate knowledge, during a lifetime of associations, ("Century of Dishonor," Jackson; p. VII.): "The North American Indian is the noblest type of a heathen man on the earth. He recognizes a Great Spirit; he believes in immortality; he has a quick intellect; he is a clear thinker; he is brave arid fearless, and, until betrayed, he is true to his plighted faith; he has a passionate love for his children, and counts it a joy to die for his people. Our most terrible wars have been with the noblest types of the Indians and with men who had been the white man's friends. Nicolet said the Sioux were the finest type of wild men he had ever seen. " Why, then, has he so long been caluminated? "Be- cause," explains the Bishop, "Ahab never speaks kindly of Naboth whom he has robbed of his vineyard. It soothes conscience to cast mud on the character of the one whom we have wronged." When General Crook, after he had crushed, and enabled the nation to plunder the Apaches, was ordered to the northward on a similar expedition against the Sioux, a friend said to him, "It is hard to go on such a campaign," the General replied, "Yes, it is hard; but, sir, the hardest thing is to go and fight those whom you know are in the right. " (" Century of Dishonor, " p. VI.) 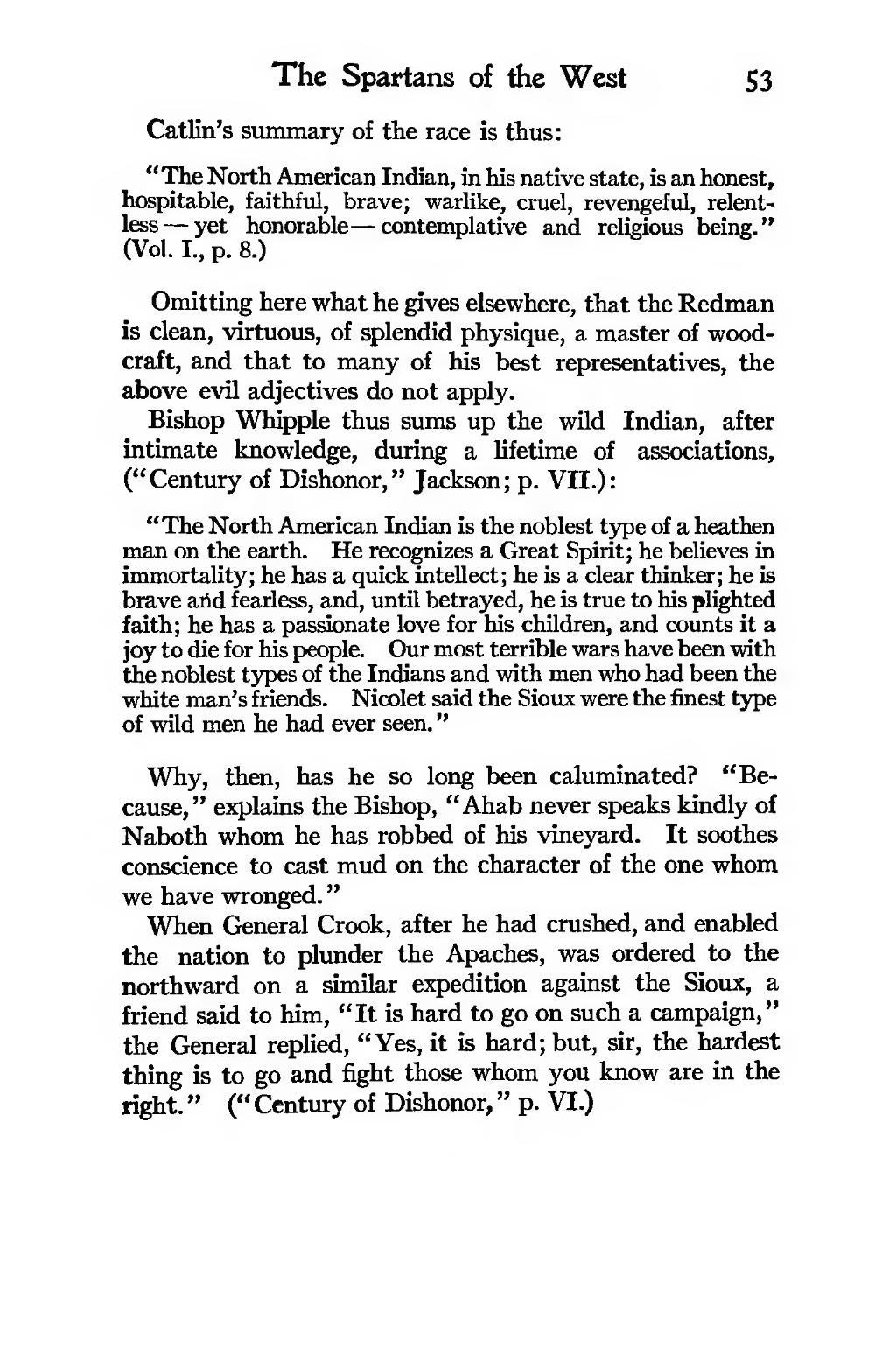