so The Book of Woodcraft "TheTarahumare mail carrier from Chihuahua toBatopilas, Mexico, runs regularly more than 500 miles a week; a Hopi messenger has been known to run 120 miles in 15 hours." ("Handbook American Indians," Part II., p. 802.) The Arizona Indians are known to run down deer by sheer endurance, and every student of southwestern his- tory will remember that Coronado's mounted men were unable to overtake the natives, when in the hill country, such was their speed and activity on foot. We know that white men's ways, vices, and diseases have robbed them of much of their former physique, and yet, accord- ing to Dr. Daniel G. Brinton ("The American Race," 1891.) "The five Companies (500 men) recruited from the Iroquois of New York and Canada, during the Civil War, stood first on the list among all the recruits of our army, for height, vigor, and corporeal symmetry. " (Grinnell's " Indian of To-day, " p. 56.) The wonderful work of the Carlisle Indian School foot- ball team is a familiar example of what is meant by Indian physique, even at this late date, when the different life has done so much to bring them low. (While this was in press the all round athletic champion- ship of the world was won at the Olympic games (191 2) by James Thorpe, a Carlisle Indian. He was at best the pick of 300,000, while against him were white men, the pick of 300,000,000.) The whole case, with its spiritual motive, is thus summed up by Eastman in his inspiring account of the religion of his people, the Dakotas: "The moment that man conceived of a perfect body, supple, symmetrical, graceful, and enduring — in that moment he had laid the foundation of a moral life. No man can hope to main- tain such a temple of the spirit beyond the period of adolescence. 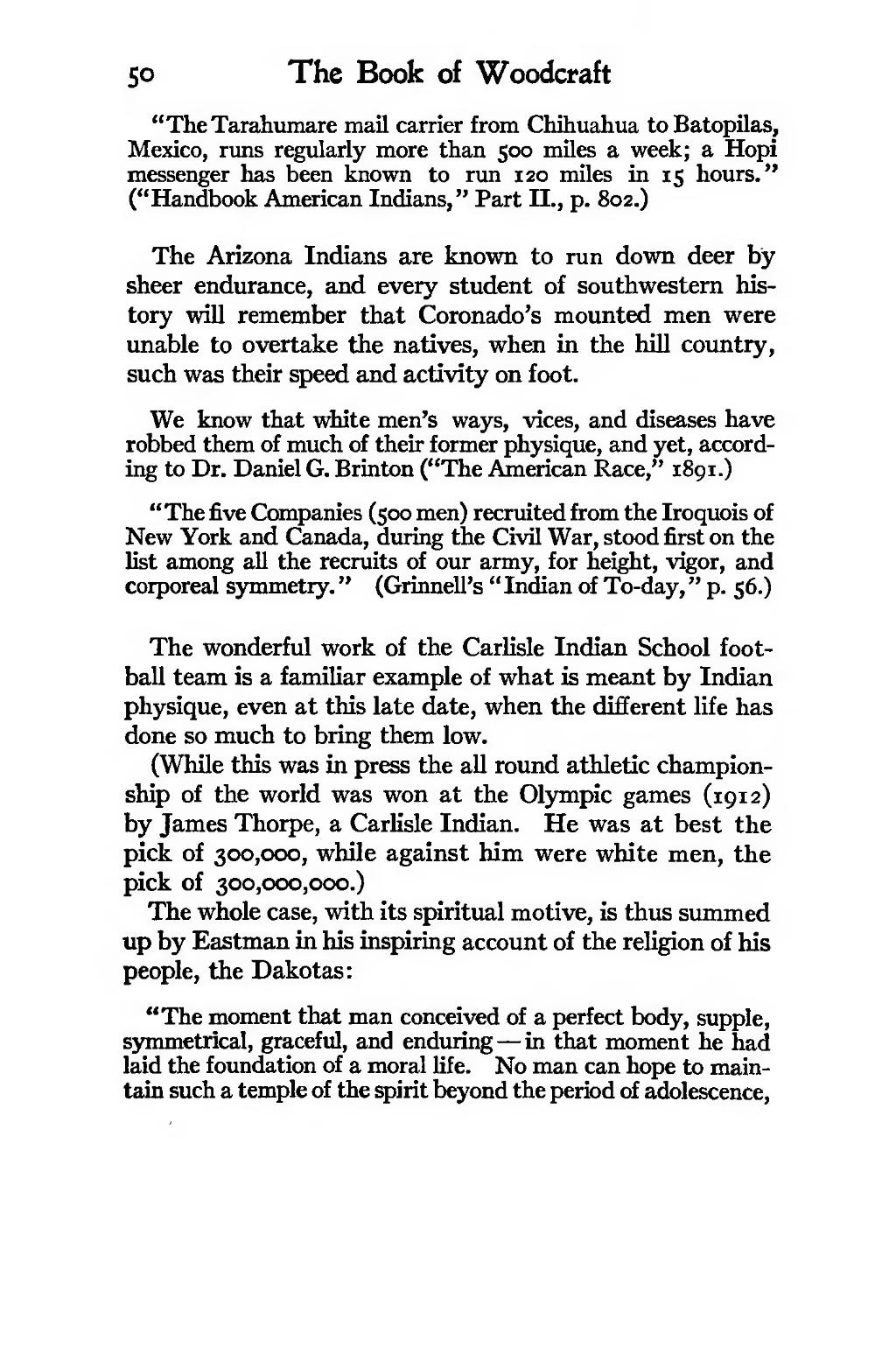