The Spartans of the West 49 After describing the rigid dieting that formed part of the Indian's training, Eastman adds: " In the old days, no young man was allowed to use tobacco in any form until he had become an acknowledged warrior and had achieved a record." ("Ind. Boy.," p. 50.) PHYSIQUE We need but little evidence on this head. All historians, hostile or friendly, admit the Indian to have been the finest type of physical manhood the world has ever known. None but the best, the picked, chosen and trained of the whites, had any chance with them. Had they not been crushed by overwhelming numbers, the Indians would own the continent to-day. Grinnell says ("Indians of To-day," p. 7.): _ "The struggle for existence weeded out the weak and the sickly, the slow and the stupid, and created a race physically perfect, and mentally fitted to cope with the conditions which they were forced to meet, so long as they were left to them- selves. " Speaking of the Iroquois in primitive condition, Brinton says that physically "they were unsurpassed by any other on the continent, and I may even say by any other people in the world." ("Th^e American Race," p. 82.) The most famous runner of ancient Greece was Phi- dippides, whose record run was 152 miles in 2 days. Among our Indians such a feat would have been consid- ered very second rate. In 1882, at Fort EUice, I saw a young Cree who, on foot, had just brought in despatches from Fort Qu' Appelle (125 miles away) in twenty-five hours. It created almost no comment. I heard little from the trad- ers but cool remarks like, "A good boy " ; "pretty good run." It was obviously a very usual exploit, among Indians, 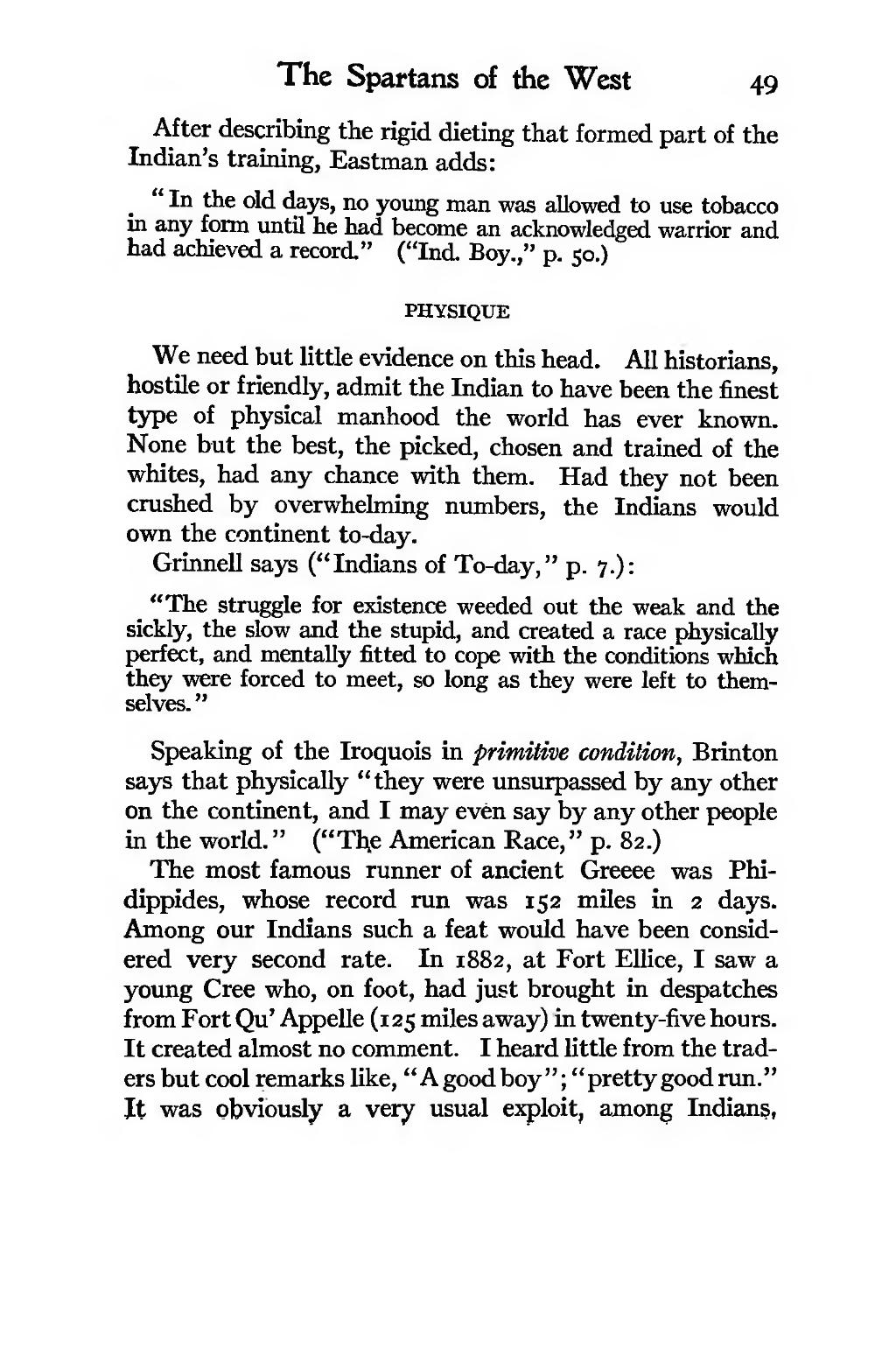