Preface "On the question of the character of the Indians I am in absolute accord with you on everything that I beUeve any one would consider a basic point. In speech after speech I have fought the idea that Indians were cruel or lazy or vicious, and dwelt on their positive virtues — among these their sense of humor, and their deep reverence."* The portions of the manuscript called "Spartans of the West, " and " Campfire Stories of Indian Character, " have been sub- mitted to George Bird Grinnell, of New York, whose life has been largely spent among the Indians, and have received from him a complete endorsement. In a similar vein I have heard from Dr. Charles A. Eastman, and from nearly all of the many who have seen the manuscript. Some of my friends at the Smithsonian Institution take excep- tion to certain details, but no one denies the main contentions in regard to the character of the Indian, or the historical ac- curacy of the "Campfire Stories." Gen. Nelson A. Miles, for example, writes me: "History can show no parallel to the heroism and fortitude of the American Indians in the two hundred years' fight during which they contested inch by inch the possession of their country against a foe infinitely better equipped with inexhaustible resources, and in overwhelming numbers. Had they even been equal in numbers, history might have had a very different story to tell." I was taught to glorify the names of Xenophon, Leonidas, Spartacus, the Founders of the Dutch Republic or the Noble Six Hundred at Balaclava, as the ideals of human courage and self-sacrifice, and yet I know of nothing in all history that will compare with the story of Dull Knife as a narrative of magnificent heroism and human fortitude. While I set out only to justify the Indian as a model for our

and, latterly, proneness to strong drink. They taught the duty of revenge; so that it was easy to begin a feud, but hard to end one. Instead of a nation, they were a multitude of factions, each ready to join an outsider for revenge on its rival neighbor. This incapacity for team play pre-i vented the development of their civilization and proved their ruin. 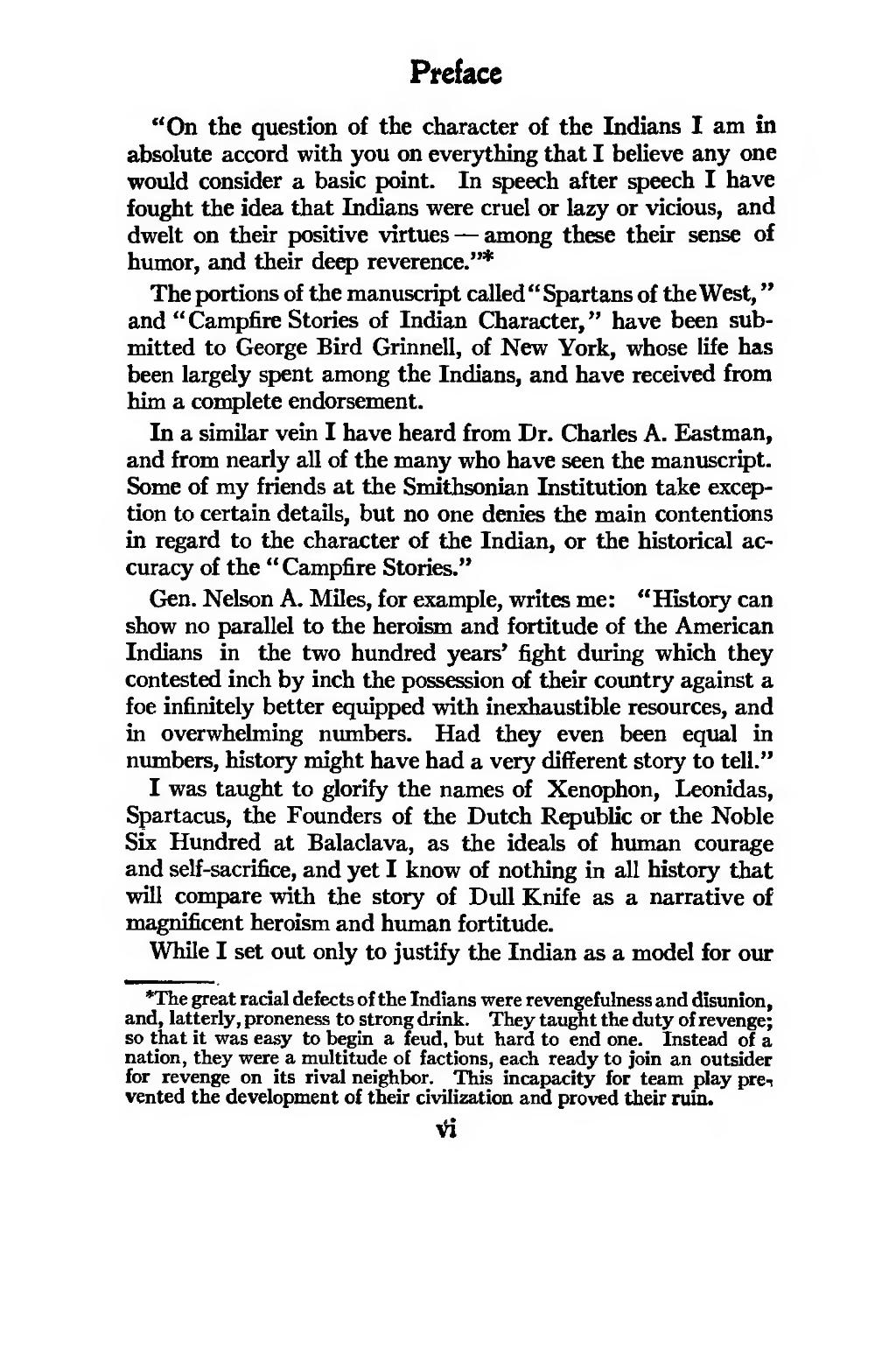