The Spartans of the West 37 Catlin, in 1832-40, enthusiastically writes of the Plains Indians and their hospitality: "I have been welcomed generally in their country, and treated to the best that they could give me [for eight years], without any charges made for my board. " (Vol. I., p. 9.) "No matter how great the scarcity of food might be, so long as there was any remaining in the lodge, the visitor received his share without grudging." (Grinnell, "Ind. of To-day," p. 9.) The same authority writes me: "When Lone Chief had gone into the Lodge of the Chief of the enemy, and food and water had been given to him, the Chief stood up and spoke to his tribespeople saying, 'What can I do? They have eaten of my food, I cannot make war on people who have been eating with me and have also drunk of my water. ' " ("Pawnee Hero Stories," pp. 59-60.) TREATMENT 0¥ THEIR WOMEN "The social condition of the North Americans has been greatly misunderstood. The place of woman in the tribe was not that of a slave or of a beast of burden. The existence of the gentile organization, in most tribes, with descent in the fe- male line, forbade any such subjugation of woman. In many tribes, women took part in the councils of the chiefs; in some, women were even the tribal rulers; while in all, they received a fair measure of respect and affection from those related to them. " (Grinnell's " Story of the Indian, " p. 244.) This is Grinnell's summing up of what every student of Indians has known for long. Here in addition are the statements of other good authorities: "I have often heard and read that Indian women received no consideration from their husbands, and led a Ufe of exceedingly hard and thankless work. That is very wide of the truth, so 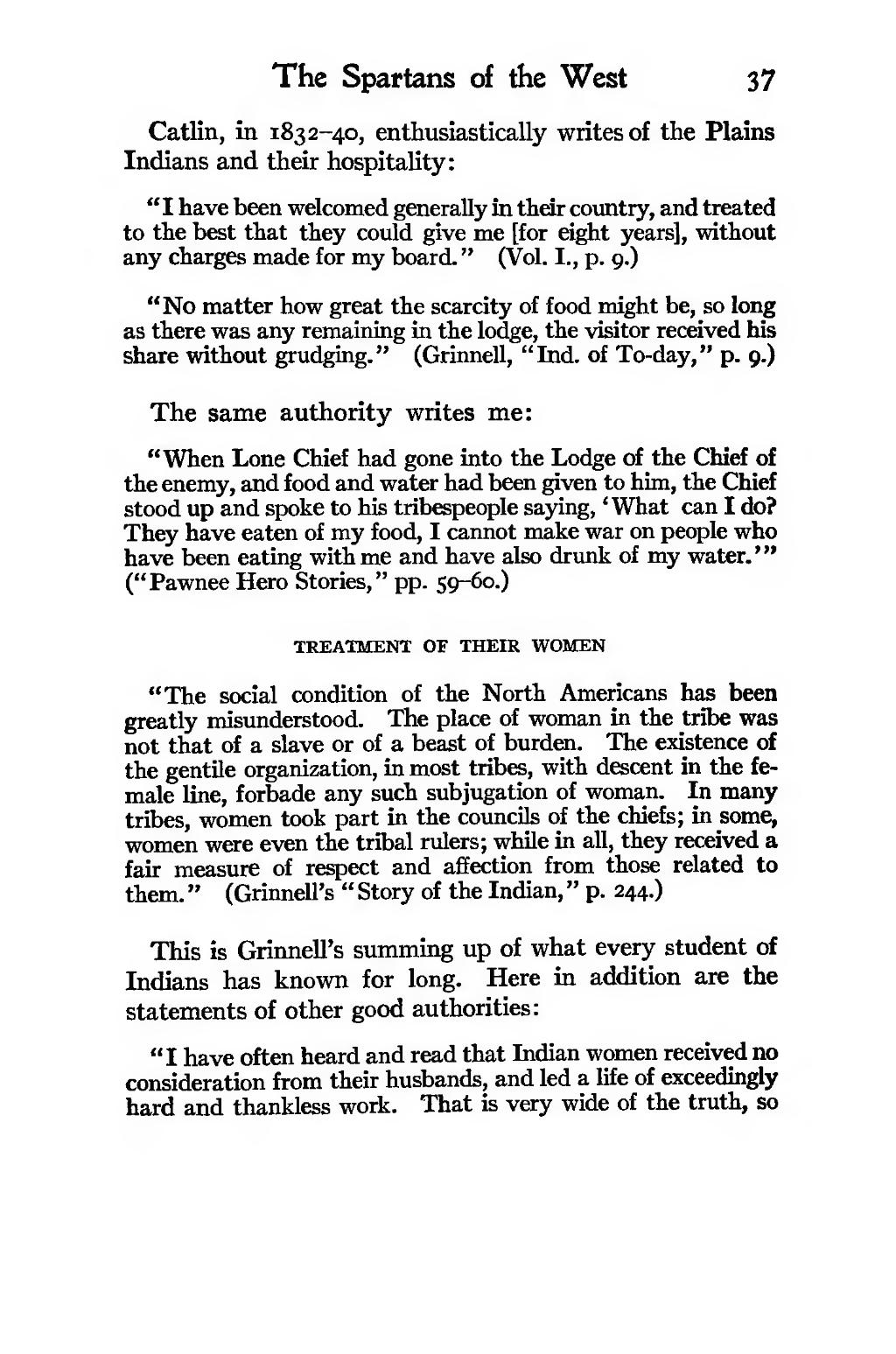