36 The Book of Woodcraft absent himself from father and mother, as we do, for months and years. 'Hard hearts,' 'stone hearts,' they call us, and with some reason." (Schultz, p. 155.) "There are few people so generous as the Indians.

In their religious and war ceremonies, at their feasts, festivals, and funerals, the widows and orphans, the poor and needy are always thought of; not only thought of, ... but their pov- erty and necessity are relieved. e ^ 41 4; >>: 4: 4e "I have seen white men reduced to the last 'hard tack,' with only tobacco enough for two smokes, and with no immediate prospect of anything better than horse-meat 'straight.' A portion of the hard bread was hidden away, and the smokes were taken in secret. An Indian, undemoralized by contact with the whites, under similar circumstances, would divide down to the last morsel." (Clark's "Sign Language," p. 185 and 186.) HOSPITALITY This is a point that needs little discussing, even the sworn enemy was safe, once he was admitted to an Indian lodge "as a guest." Carver says of the Sioux, in 1766 ("Travels," p. 172): "No people are more hospitable . . . and free than the Indians. " And, again, I found them ready to share with their friends the last morsel of food they possessed. (P. 269.) The Jesuits testify of the Iroquois, 1656: "Hospitals for the poor would be useless among them, because there are no beggars; those who have are so liberal to those who are in want, that everything is enjoyed in common. The whole village must be in distress before any individual is left in necessity. " ("Century of Dishonor, " p. 379.) 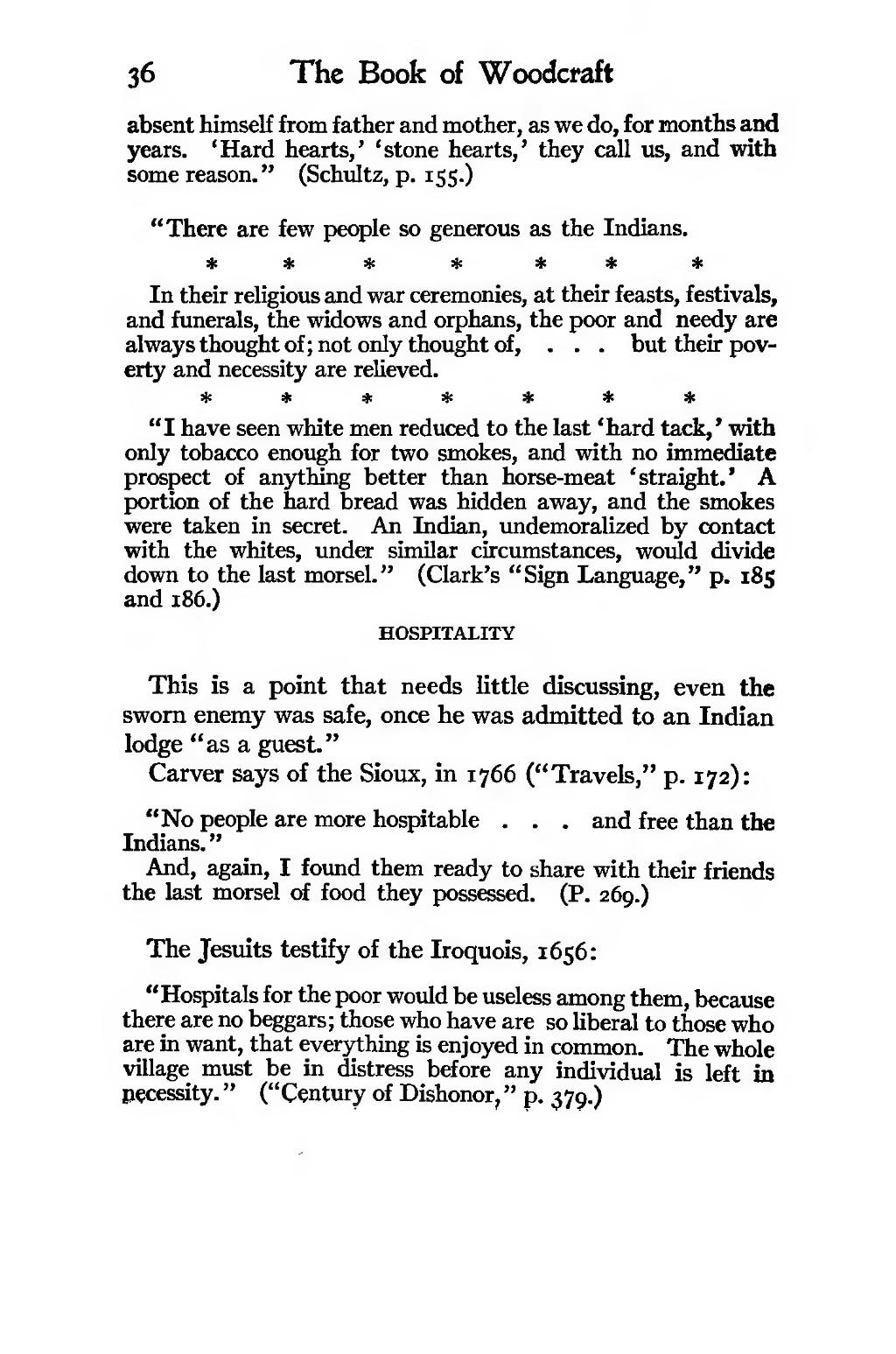