The Message of the Indian 549 etiquette and courtesy, were expressions in his daily life that proved his mind; and in the making of beautiful tents, blankets, baskets and canoes, he has easily led the world. These things were mere expressions of his broad creed that the Great Spirit is in everything, everywhere, all the time. Sth. He solved one great economic problem that vexes us to-day. By his life and tribal constitution, he has shown us that the nationalization of all natural resources and national interests puts a stop at once equally to abject poverty and to monstrous wealth.

avarice. Under various euphonious names we encour- age greed as a safeguard against destitution. He showed that it has no bearing on the case and that it unavoidably ends in measureless crime: That seems to be the sixfold message of the Indian; but there is also a thought that will not down, as one reads these chronicles of a trampled race. The law of this land gives every one the right to think and decide for himself, so long as he does not infringe on the rights of others. No man may compel the conscience of another, except that other be a soldier or a marine. When a man joins army or navy, he must leave his conscience be- hind. That is the law. Why? Because those in the high place of authority know so well that the soldier or sailor, going to the front and seeing with his own eyes the abomi- nations and human tortures that warfare really means, would be so horror-stricken that he would recoil as from a very hell. He would refuse to be a party to such unspeak- able atrocities, and so army and navy, yes, the whole sys- tem back of it, would crumble. No, sir, discipline must be maintained. The soldier and sailor must leave his conscience at home and do as he is 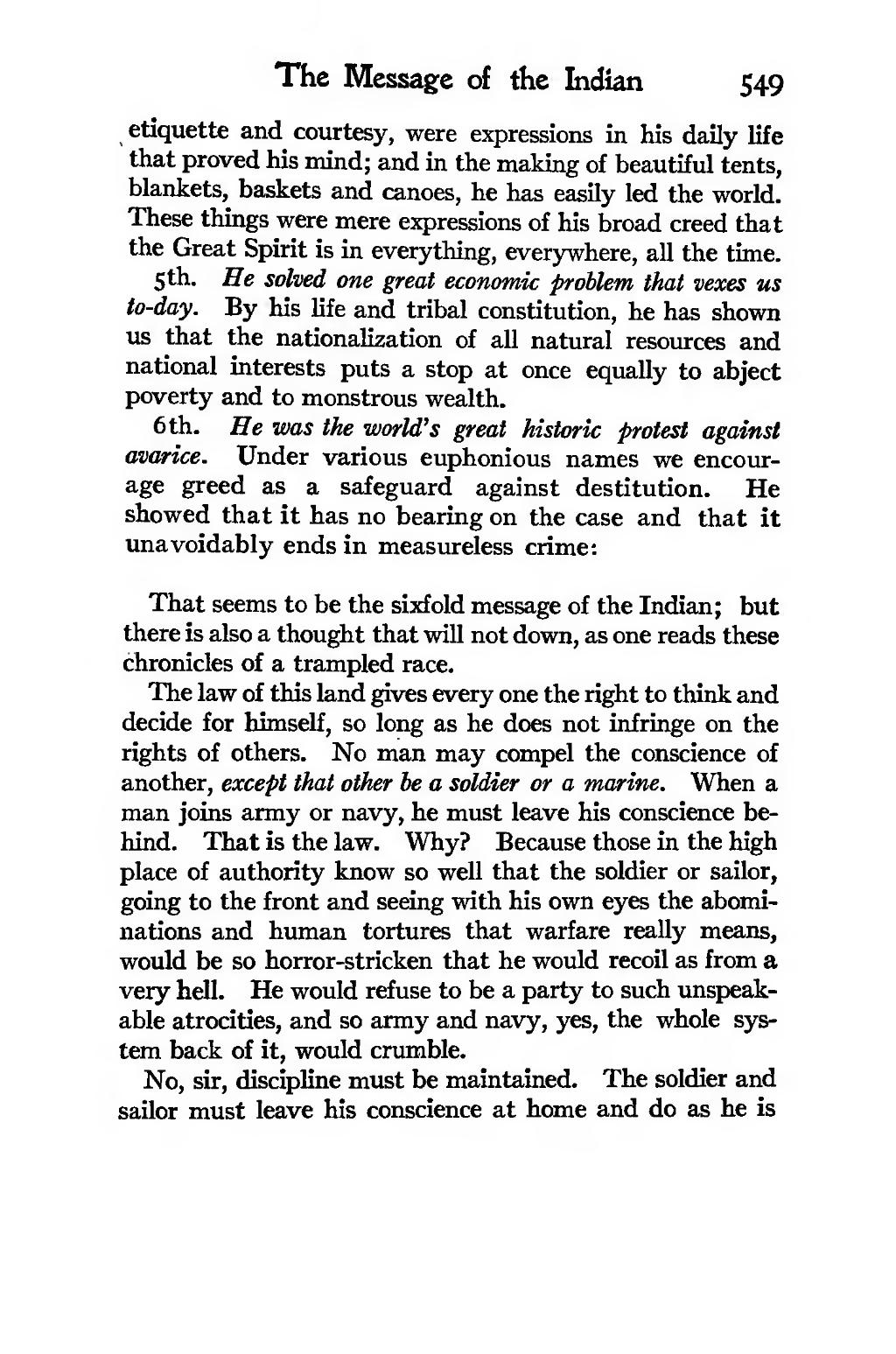