Campfire Stories of Indian Qiaracter 545 That their hearts were firm as ever and that all they needed was a little physical strength the next few days effectually proved. The twelfth they lay eating and resting, and when on the thirteenth, Wessells's column returned to the attack, the Indians were found six miles farther to the west, well entrenched on the Hat Creek Bluffs, and there again an ambush was encoimtered in which two troopers were wounded. On this day a twelve-pound Napoleon gun was brought into action, and forty rounds of shell were thrown into the Indians' position, without dislodging them. The same day Captain Wessells and Lieutenants Craw- ford and Hardie crept near the rifle-pits with an inter- preter and called to the Cheyennes to bring out their women and children, promising them shelter and protection. A feeble volley was the only reply! Realizing the Indians had now reached a cattle country in which they could kill meat and subsist themselves, Cap- tain Wessells had brought out a pack-train, with blankets and rations, to enable him to surround the Indians' posi- tion at night, and, should they slip away, to camp on their trail. This night they were surrounded, but at dawn on the fourteenth, Lieutenant Crawford discovered the wily enemy had again slipped through the picket lines, headed south- westward along the high bluffs which lined the southern edge of Hat Creek Basin. For six days more the same tactics on both sides pre- vailed; the Indians were daily followed in running fight, or brought to bay in strong positions practically impregnable of direct attack, surrounded at nightfall, only to glide away like veritable shadows during the night, and of course more or less were killed in these daily engagements. 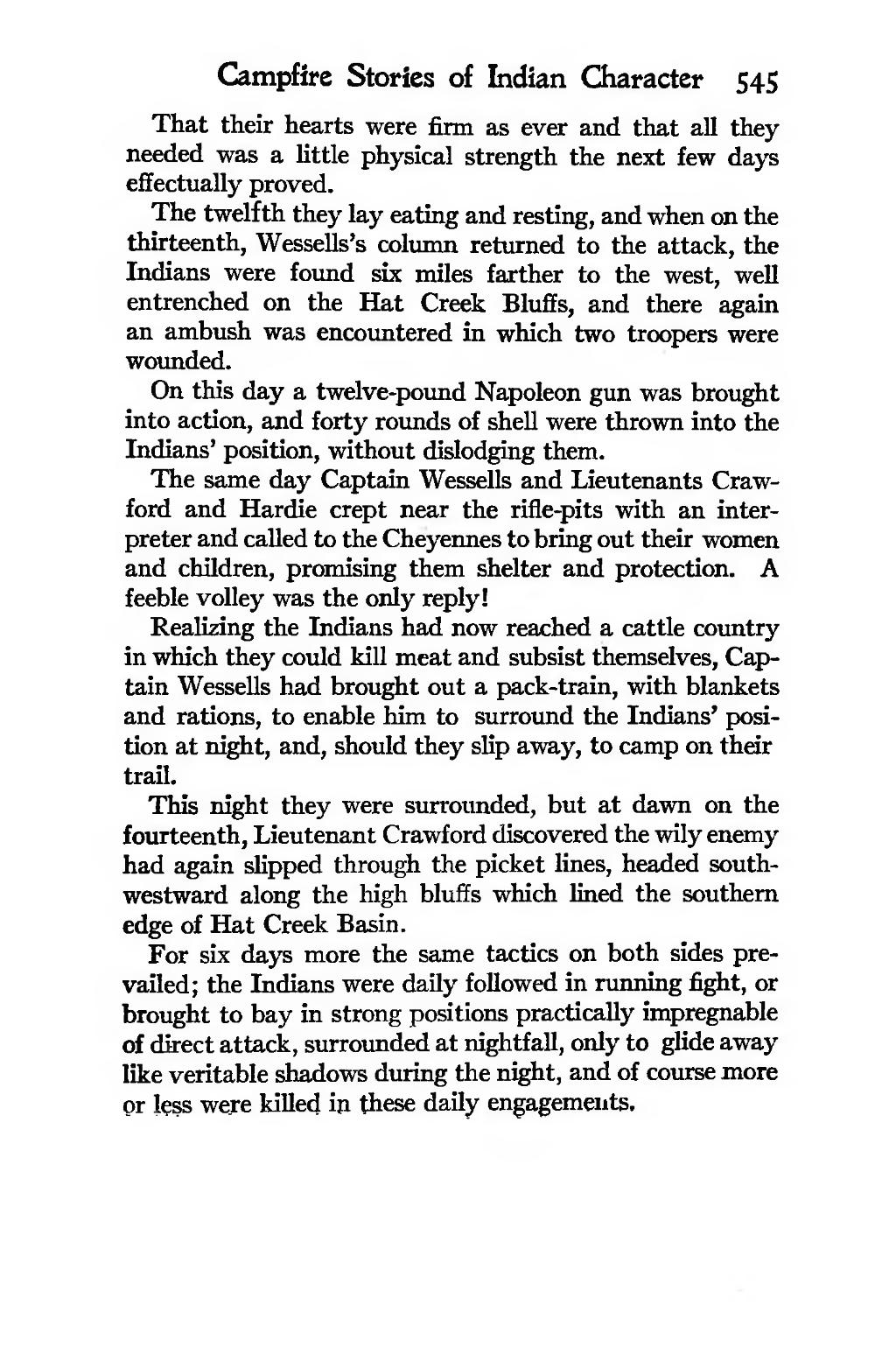