Campfire Stories of Indian Qoaractcr 533 ready brought mourning into nearly all their lodges. If, then, the Great Father wished them to die — very well, only they would die where they then were, if necessary by their own hands. They would not return to the south, and they would not leave their barrack prison. Captain Wessells knew that Dull Knife's complaint was well founded. Still, bound by the rigid rules of the service, he had absolutely no latitude whatever. He therefore directed the interpreter to explain to Dull Knife that the orders were imperative and must be obeyed, and to assure him that the cavalry escort would do all in their power to save the Indians from any unnecessary hardship on the journey. Dull Knife, however, remained firm, and his companions, when appealed to, only growled a brief assent to Dull Knife's views. "Then, Interpreter," said Wessells, "tell them their food and fuel will be stopped entirely until they conclude to come peaceably out of their barrack, ready to march south as ordered. " The three chiefs silently heard their sentence, and were then quickly marched back to their barrack prison by a file of soldiers. All this occurred shortly after "guard mount" in the morning. Apart from its inhumanity, Wessells's order was bad policy. Hunger drives the most cowardly to violence. Then, to add to the wretched plight of the Indians, they we all but naked. No clothing had been issued to them since their capture, and they were clad only in tattered blankets and fragments of tent cloth. Requisitions for clothing had been sent to the Indian Bureau, but none had come. Thus, half naked, without food or fires, these miserable 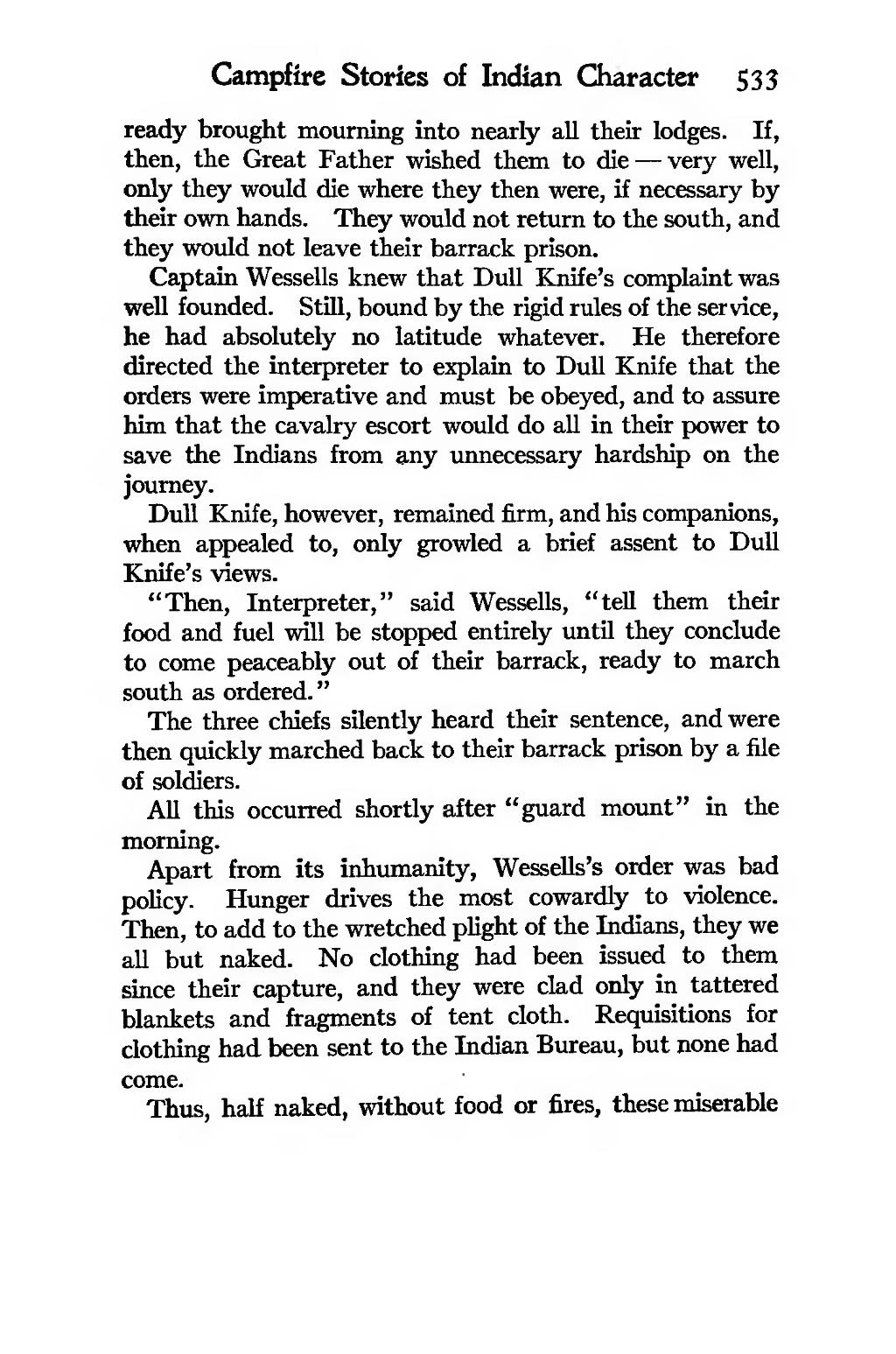