524 The Book of Woodcraft entrance wall. There was a general sentiment of sorrow for the old Medicine Man who had stood up so fiercely on the left of the Apache line, we found his stiU warm corpse crushed out of all semblance to humanity, beneath a huge mass of rock, which has also extinguished at one fell stroke the light of the life of the squaw and the young man who had remained by his side." — ("On the Border with Crook"; Bourke; pp. 196-9). Seventy-six, including all the men, were killed. Eigh- teen women and six children were taken prisoners. Thus was wiped out a band of heroic men whose victorious foes admitted that their victims were in the right. the cheyennes' last fight, or the ending of dull knife's band (Condensed by permission from E. B. Bronson's account as given in "Reminiscences of a Ranchman." D. P. & Co. This with "The Redblood" by the same author should be read by all who are interested in the heroic days of the West.) After the Custer fight, the American Army succeeded in rounding up the Indians who could not or would not escape to Canada, the one land of justice that was near, and among these were Dull Knife's Cheyennes. They sur- rendered on promise of fair treatment. But as soon as they were in the power of the American Government (President R. B. Hayes), they were marched six hundred miles south into Indian Territory, where they were crowded into a region so unhealthy that it was obvi- ously a question of but three or four years before all would 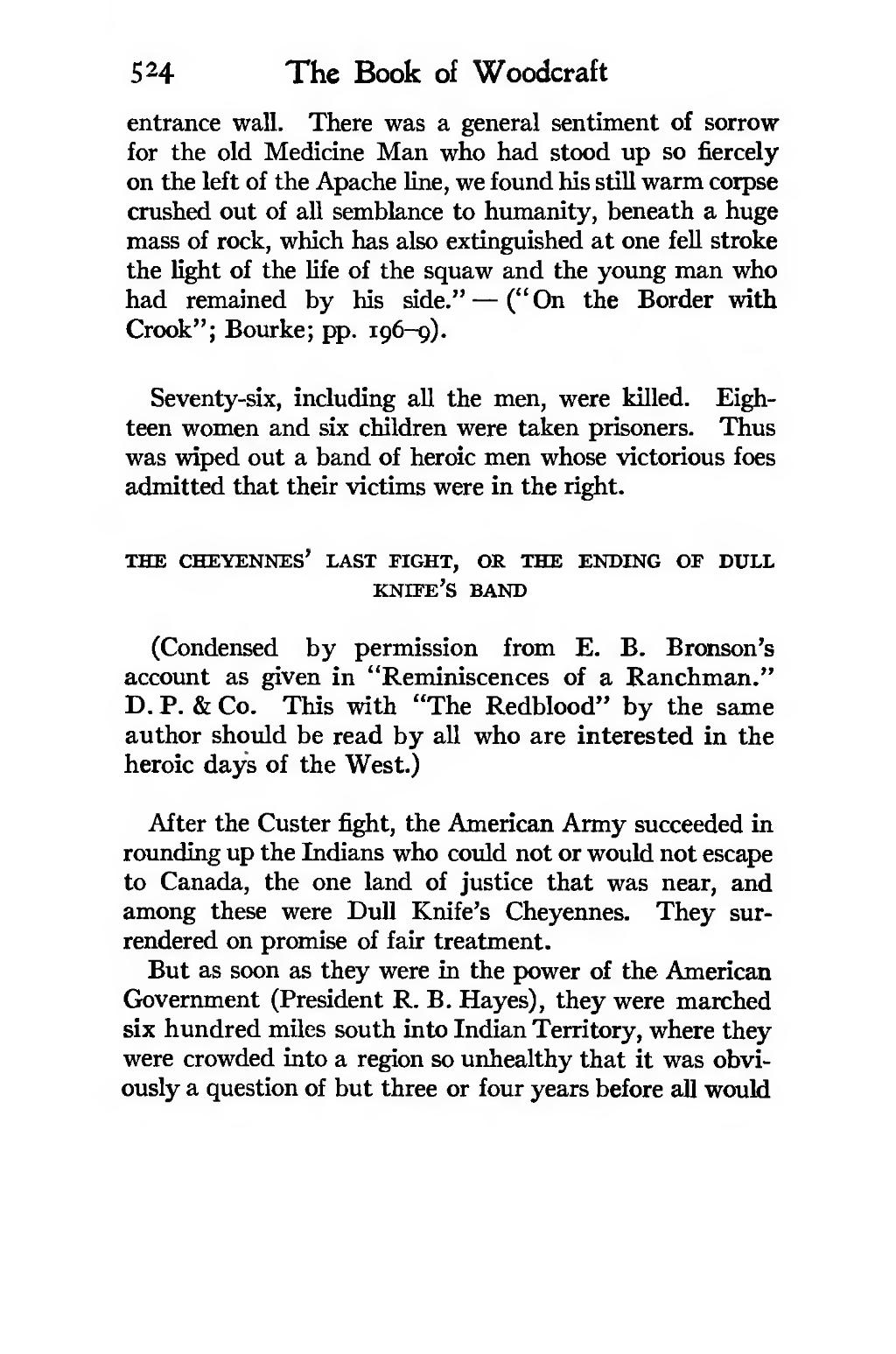