Campfire Stories of Indian Qiaracter 509 was benevolent and kindly, not less sweet and gentle was the spirit that animated the man. Simple, honest, generous, tender-hearted, and yet withal on occasion merry and jolly. Such men, once known, commanded universal respect and admiration. They were like the conventional notion of Indians in nothing save in the color of the skin. They were true friends, delightful companions, wise counselors — men whose conduct toward their f ellowmen we all might profitably imitate. We do not commonly attribute a spirit of altruism to Indians, but it was seen in these old- time chiefs. Such a chief was White Calf, long chief of the Blackfeet. In his day he had been a famous warrior, and in the battle which took place in 1867, when the great chief, Many Horses, was killed, White Calf with two others had rushed into a great crowd of the enemy — the Crows and Gros- Ventres — who were trying to kill Wolf Calf, even then an old man, and, scattering them like smoke before the wind, had pulled the old man out of the crush and brought him safely off. It was not long after this that he put aside the warpath forever, and since then had confined himself to working for the good of his people by the arts of peace. No sacrifice was too great for him to make if he thought that by it the tribe might be helped; yet he possessed a sturdy independence that bullying and intimidation could not move — even that threats of soldiers and the guard house could not shake. When he was sure that he was right he could not be stirred. Yet, if reasons were advanced which appealed to his judgment, no man was qmcker to acknowledge error. Though nearly eighty years old the chief was not bowed with the weight of time nor were his natural forces greatly abated. He was still erect and walked with a briskness and an elasticity rare for one of his years. Yet in a degree 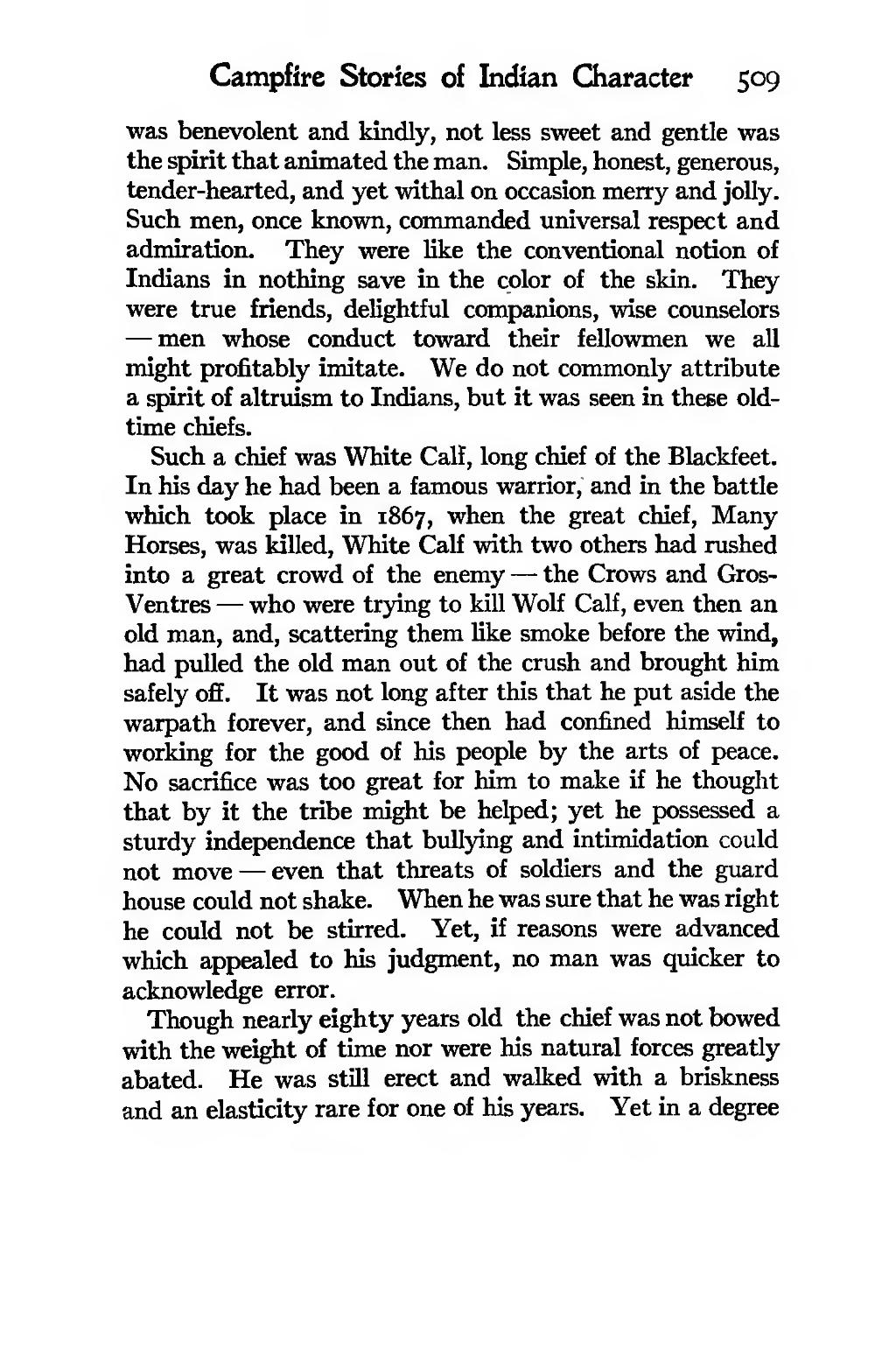