She hurried back to her lodge and got some dried meat and a skin of water, put them under her robe, and retxurned to the woimded one. He drank much, and ate of the food. No-Heart washed and bound the wound. Then she again left him, telling him to lie quiet, that in the night she would return and take him to her home, where she would care for him until he got well. In her lodge she fixed a place for him, screening one of the bed places with a large cow skin; she also partly covered the smoke hole and hung a skin across the entrance, so that the interior of the lodge had but little light. The women who sometimes visited her would never suspect that any one was concealed, and especially an enemy in a lodge where for three summers no man had entered.

It was a very dark night. Down in the timber there was no light at all. No-Heart was obliged to extend her arms as she walked, to keep from rimning against the trees, but she knew the place so well that she had little trouble in finding the thicket, and the one she had come to aid. "Arise," she said in a low voice. "Arise, and follow me."

The young man attempted to get up, but fell back heavily upon the groimd. "I cannot stand." he said; "my legs have no strength."

"You will let me cany him for you," said some one standing close behind her. " I will carry him wherever you lead."

No Heart turned with a little cry of surprise. She ciuld not see the speaker's face in the darkness, only his dim form; but she knew the voice. She was not afraid. "Lift him then," she said, "and follow me."

She herself raised the wounded one up and placed him on the newcomer's back, and then led the way out of the timber, across the plain, through the stockade, in which she had loosened a post, and then on to her lodge. No one was about, and they were not discovered. Within a fire was burnmg, but there was no need of the light to show the girl who had helped her. He was Long Elk. "We will put him here," she said, lifting the skin in front of the couch she had prepared, and they laid the ..text continues 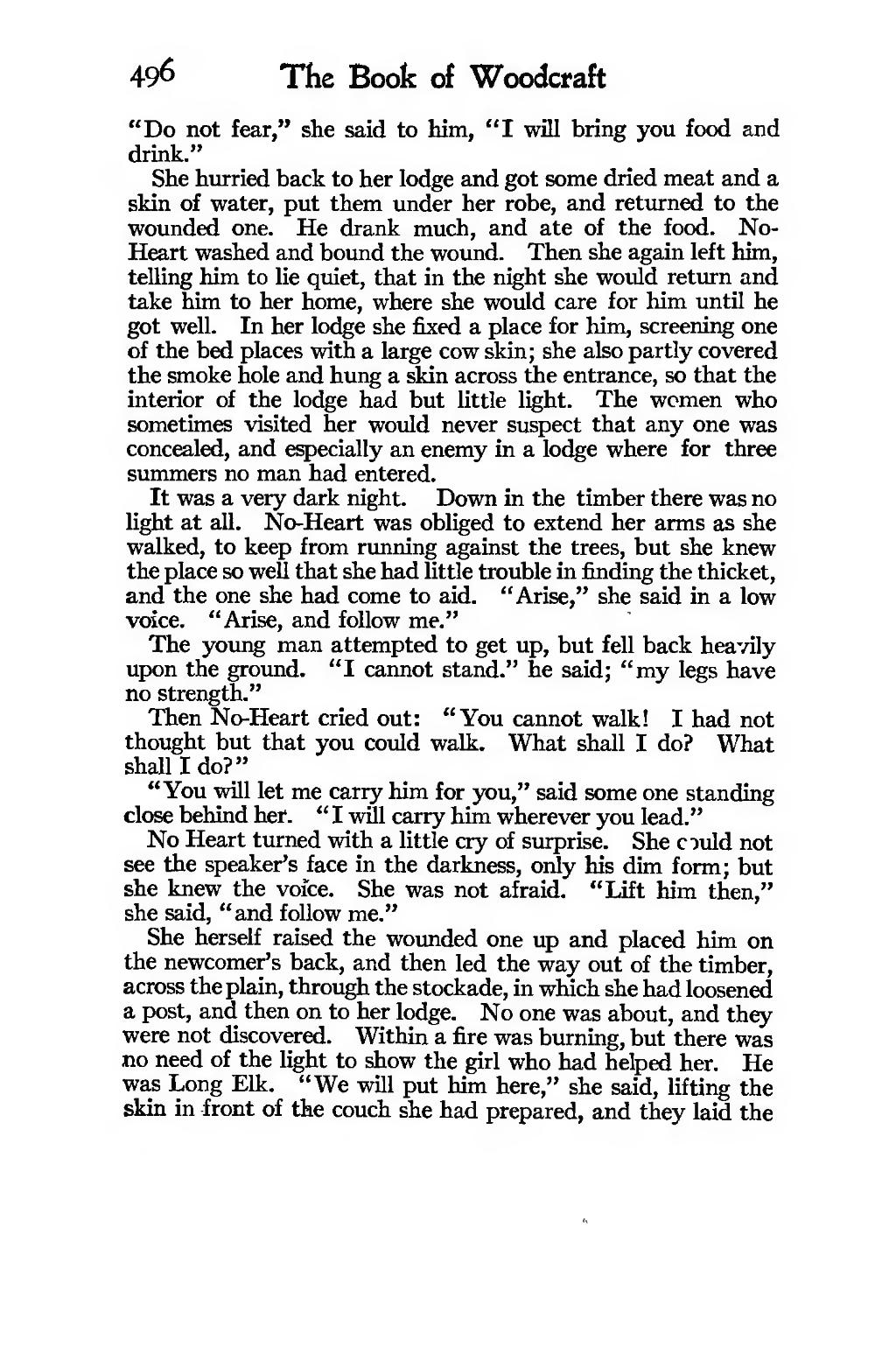