dead but herself. In the village she had no other kinsfolk; thus she was left alone in the world:

Kind friends buried the dead, and the many different ones asked the girl to come and live with them; but she refused them all. "You must go and live with some one," said the chief. "No one ever heard of a young woman living by herself. You cannot live alone. Where would you procure your food? And think of what people would say, should you do so; you would soon have a bad name."

"If people speak ill of me, I cannot help it," said the girl. "They will live to take back their bad words. I have decided to do this, and I will find a way to keep from starving."

So this girl lived on alone in the lodge her parents had built, and with no company save her dogs. The women of the camp frequently visited her and gave her meat and other food, but no man, either young or old, ever went in and sat by her fire. One or two had attempted it, but only once, for she had told them plainly that she did not wish the society of any man. So the youths gazed at her from afar, and prayed the gods to soften her heart. She was a handsome young woman, a hard and ceaseless toiler; no wonder that the men fell in love with her, and no wonder that they named her No-Heart.

One young man. Long Elk, son of the great chief, loved the lone girl so much that he was nearly crazy with the pain and longing for her. He had never spoken to her, well knowing that her answer would be that which she had given to others. But he could not help going about, day after day, where she could always see him. If she worked in her httle bean and corn patch he sat on the edge of the river-bank nearby. If she went to the timber for wood, he strolled out in that direction, often meeting her on the trail, but she always passed him with eyes cast down, as if she had not seen him. Often, in the night, when all the camp was fast asleep, Long Elk would steal out of his father's lodge, pick up a water skin, and filling it again and again at the river, would water every row in No-Heart's garden. At the risk of his fife he would go out alone on the plains where the Sioux were always prowling, and hunt. In the morning when No-Heart awoke and went out, she would find hanging in the dark entrance way, choice portions of meat, the skin of a ..text continues 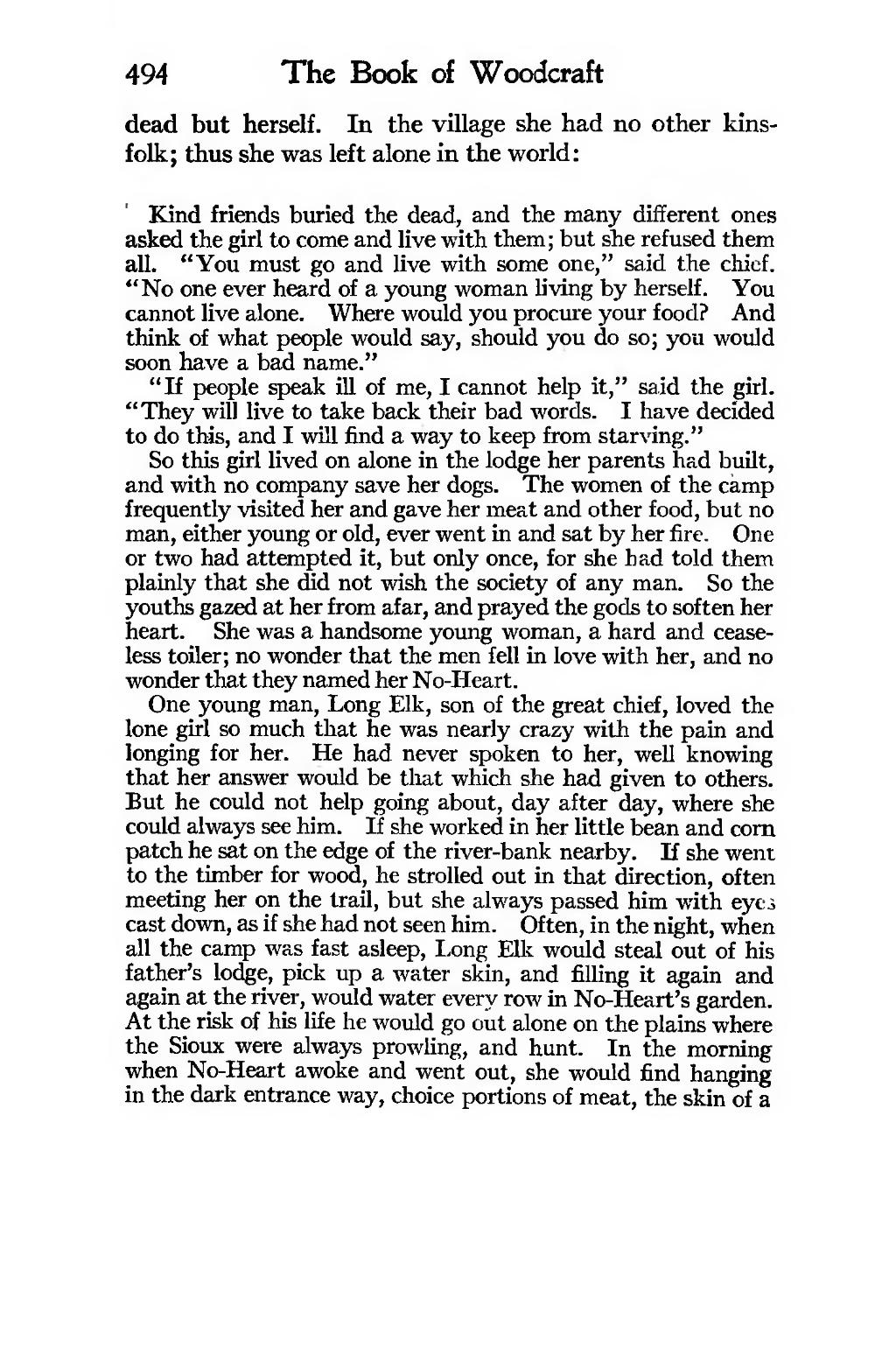