THE INDIAN BABES IN THE WOODS

The charming story "Two Wilderness Voyagers," by F. W. Calkins, gives a true picture of the ways and powers of Indian children. Two little Sioux, a boy and a girl, Etapa and Zintkala, were stolen from their people and carried off into the land of the Ojibwa. They escaped and, though but eleven or twelve years old, wandered alone in the woods for months and eventually reached their own people on the plains.

Their ways and the thoughts of their kind toward the wonders of nature are admirably illustrated in the scene before Grandfather Rock:

In one of these short excursions the boy came upon a venerable gray boulder which stood as high as the surrounding trees and was many steps in circumference at its base. Except where the moose had eaten them off, this towering rock was thickly grown with lichens which gave it a hoary appearance of great age.

Etapa stood for some minutes, his eyes cast upward, venerating this aged and eternally enduring one which knows not time, seasons, nor change. Then the boy went softly back to Zintkala. "Come," he said, "I have found Grandfather Inyan — the very aged one. Let us smoke and pray to him!"

So they went together softly among the sand hillocks, until they confronted Grandfather Inyan. While Etapa prepared his pipe and willow bark for smoking, Zintkala stood — as a small devotee before a shrine — looking devoutly up at the everlasting one, the vast sentinel and guide, set so mysteriously among the trees.

"It is taku-wakan" (something wonderful), she said. While Etapa smoked, ofiering incense to the rock, sky and trees, she prayed thus:

"Behold us small ones, Grandfather Inyan. You are doubtless very old and wise, therefore you, O Grandfather ..text continues 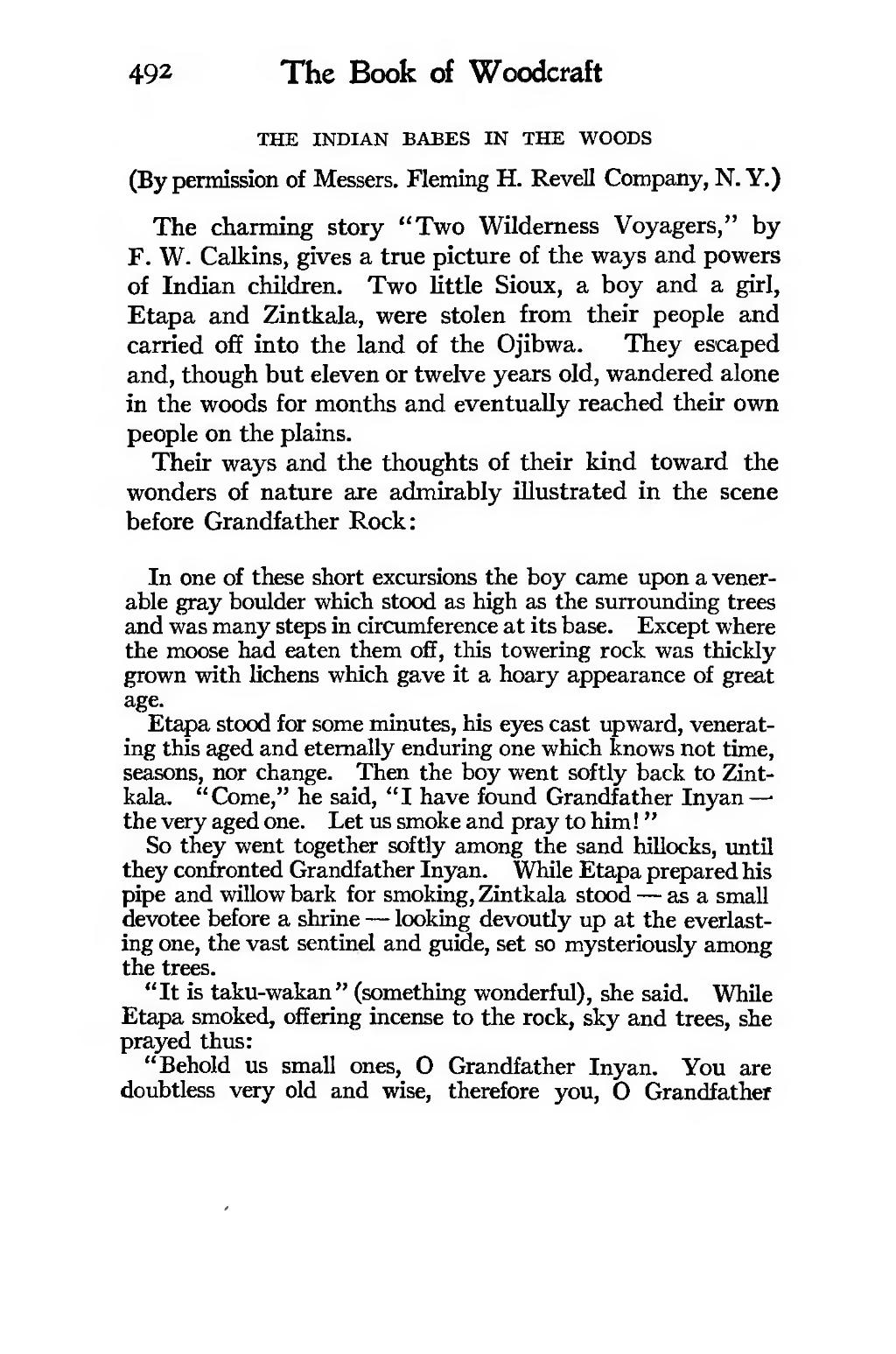