2d: They gave him a periodic Turkish bath with purgatives.

3d: They gave him regular massage.

4th: They worked on his faith; they sang to him; they convinced him that great things were doing on his behalf. They did all in their power to set his mind at ease.

Besides which they had some knowledge of curative herbs and of dieting.

All of these have now a place among our own medical methods, yet we scoffed at them when offered to us by the Indians. They had to reach us from the East before we found them acceptable.

Of course there was a measure of quackery and fraud in many of the medicine men, but it is just possible that medical humbug was not entirely confined to the doctors of the Red Race.

The first American mingled with his pride a singular humility. Spiritual arrogance was foreign to his nature and teaching. Pie never claimed that the power of articulate speech was proof of superiority over the dumb creation; on the other hand, it is to him a perilous gift. He believes profoundly in silence — the sign of a perfect equilibrium. Silence is the absolute poise or balance of body, mind, and spirit. The man who preserves his selfhood, ever calm and unshaken by the storms of existence — not a leaf, as it were, astir on the tree; not a ripple upon the surface of shining pool — his, in the mind of the unlettered sage, is the ideal attitude and conduct of life.

If you ask him, "What is silence?" he will answer, "It is the Great Mystery! The holy silence is His voice!" If you ask, "What are the fruits of silence?" he will say, "They are self-control, true courage or endurance, patience, dignity, and reverence. Silence is the cornerstone of character." 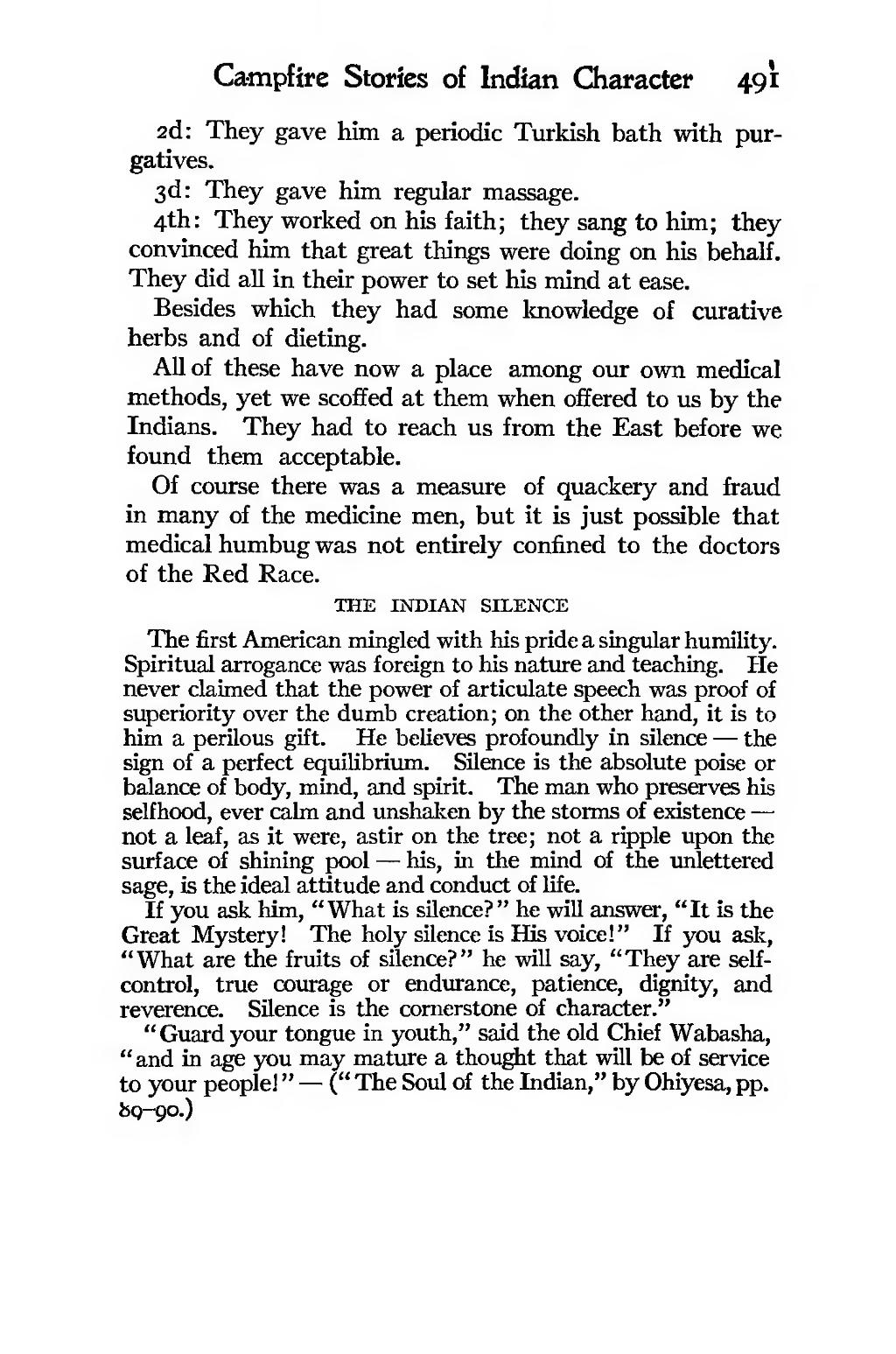