PREFACE For over twenty-five years I have been giving the talks and demonstrations that are gathered together in this book. Many of them have appeared in magazines or in the "Birch-Bark Roll" thait has come out annually for ten years. But this is the first time in which a comprehensive collection has been made of the activities, customs, laws, and amusements that have been developed in my camps. Some of the related subjects I have treated at too great length for enclosure in one book. Of this class are the "Life Histories of Northern Animals," "Animal Stories," "Sign Language" and "Forestry," which appear as separate works. All are merely parts of a scheme that I have always considered my life work, namely, the development or revival of Woodcraft as a schocrf for Manhood. By Woodcraft I mean outdoor life in its broadest sense and the plan has ever been with me since boyhood. Woodcraft is the first of all the sciences. It was Woodcraft that made man out of brutish material, and Woodcraft in its highest form may save him from decay. As the model for outdoor life in this country I took the Indian, and have thus been obliged to defend him against the caliunnies of those who coveted his possessions. In giving these few historical extracts to show the Indian character, it must be remembered that I could give himdreds, and that prac- tically all the travelers who saw with their own eyes are of one mind in the matter. Commissioner Robert G. Valentine, of the Indian Bureau, the first Indian Commissioner we have ever had who knew and sjrmpathized with the Indians, writes after reading my manu- script: 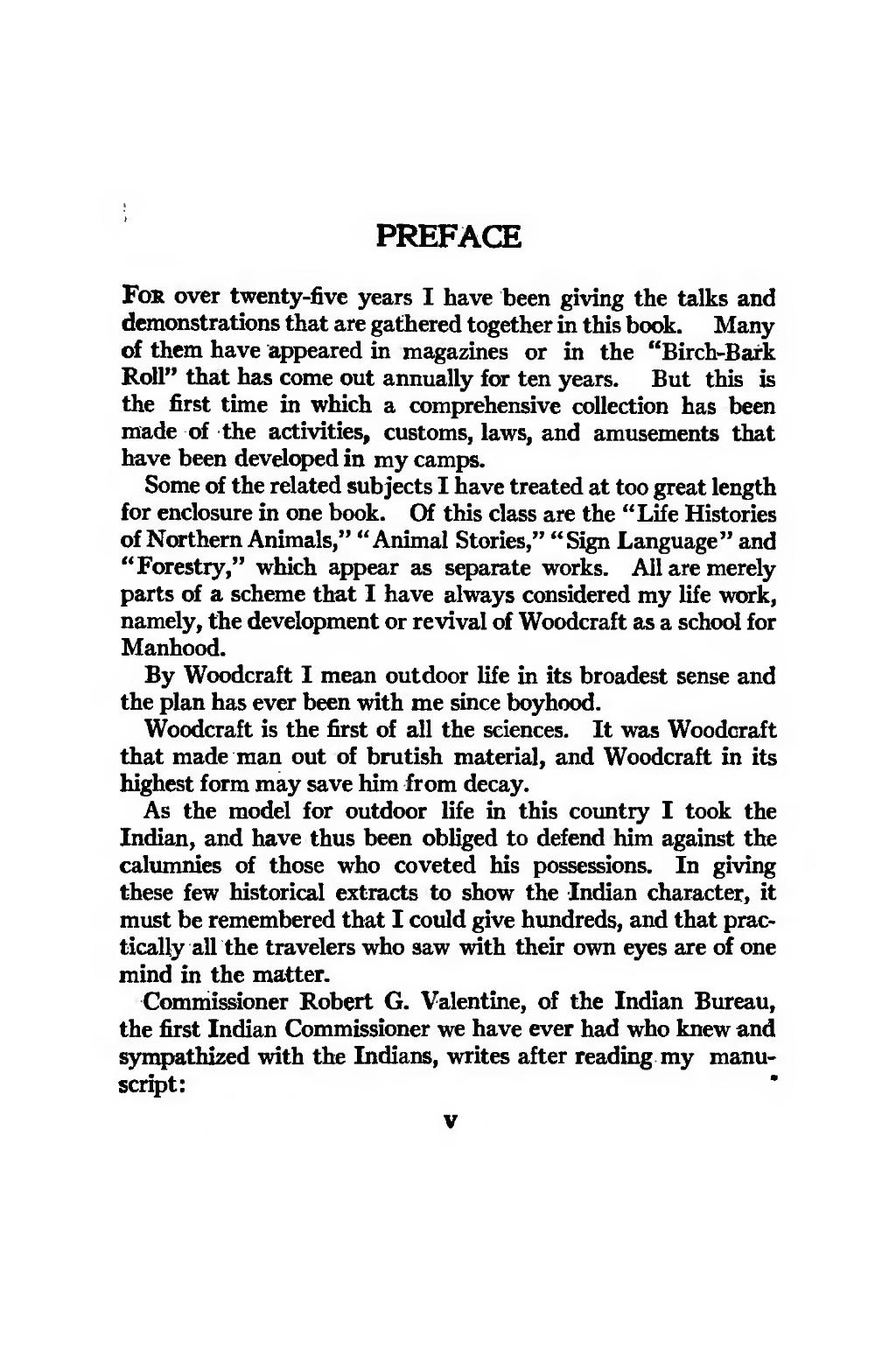