454 The Book of Woodcraft "The Fawn" went to her mother, and improving my offer, told her that "that white man will give much money to see the red teepee up." The squaw looked out. I held up a doUar and got only a sour look, but another squaw appeared. After some haggling they agreed to put up the teepee for $3. The poles were already standing. They unrolled the great cloth and deftly put it up in less than 20 minutes, but did not try to put down the anchor rope, as the ground was too hard to drive a stake into. My sketch was half finished when the elder woman called the younger and pointed westward. They chattered together a moment and then proceeded to take down the teepee. I objected. They pointed angrily toward the west and went on. I protested that I had paid for the right to make the sketch; but in spite of me the younger squaw scrambled like a monkey up the front pole, drew the lacing-pins, and the teepee was down and rolled up in ten minutes. I could not understand the pointing to the west, but five minutes after the teepee was down a dark spot appeared; this became a cloud and in a short time we were in the midst of a wind-storm that threw down all teepees that were without the anchor rope, and certainly the red teepee would have been one of those to suffer but for the sight and fore- sight of the old Indian woman. ART All students of the Indian art are satisfied that in this we find the beginnings of something that may develop into a great and original school of decoration. Not having learned their traditions, conventions, and inner impulse, we believe that at present we shall do best by preserv- 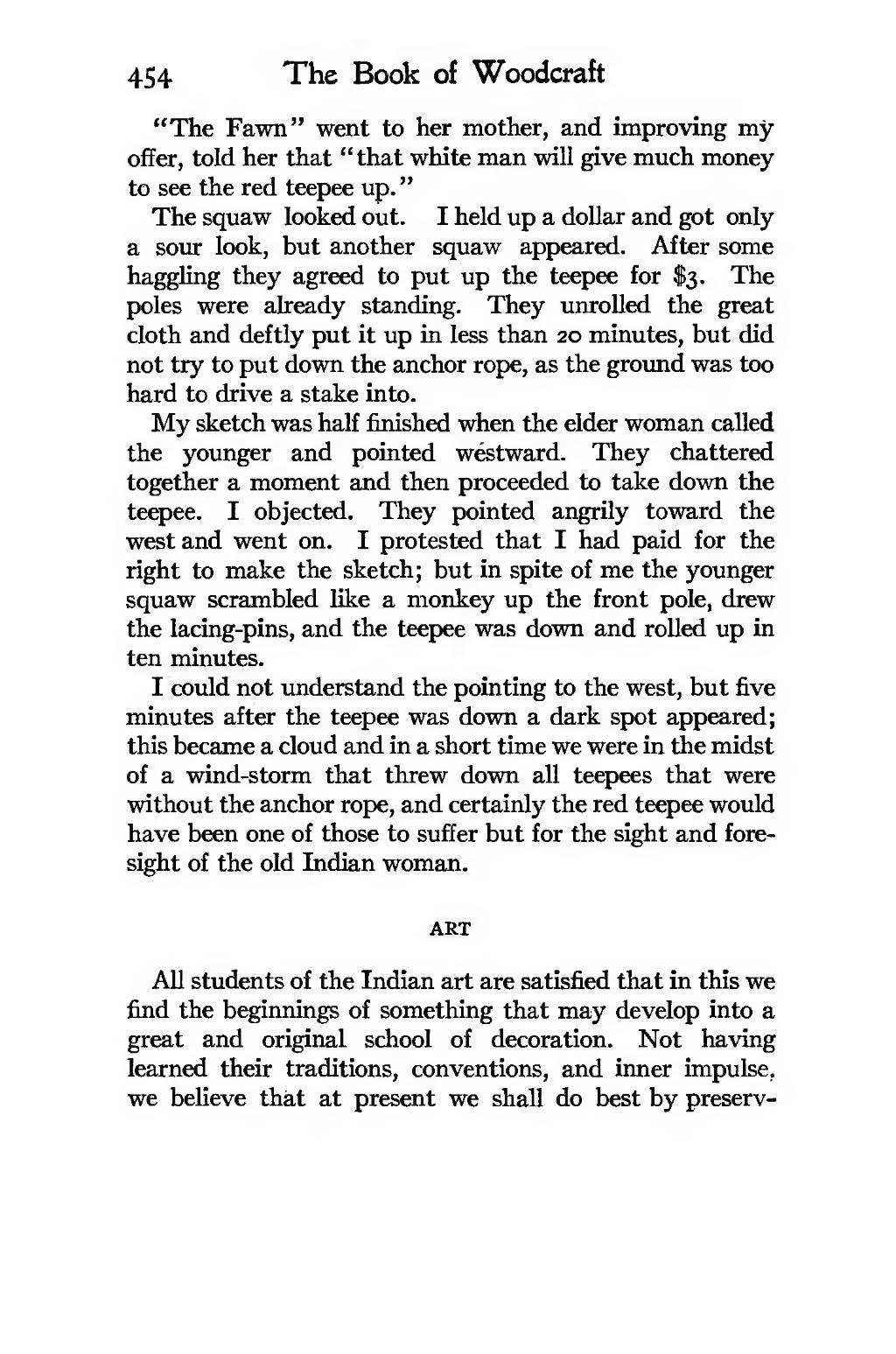