24 The Book of Woodcraft " In the life of the Indian there was only one inevitable duty, the duty of prayer — the daily recognition of the Unseen and Eternal. His daily devotions were more necessary to him than daily food. He wakes at daybreak, puts on his moccasins and steps down to the water's edge. Here he throws handfuls of clear cold water into his face, or plunges in bodily. After the bath, he stands erect before the advancing dawn, facing the sun as it dances upon the horizon, and offers his unspoken orison. His mate may precede or follow him in his devotions, but never accompanies him. Each soul must meet the morning sim, the new, sweet earth, and the Great Silence alone! "Whenever, in the course of the daily himt, the red himter comes upon a scene that is strikingly beautiful or sublime — a black thunder-cloud, with the rainbow's glowing arch above the mountain; a white waterfall in the heart of a green gorge; a vast prairie tinged with the blood-red of sunset — he pauses for an instant in the attitude of worship. He sees no need for setting apart one day in seven as a holy day, since to him all days are God's." ("Soul of the Indian," Eastman; pp. 45-6.) In the light of all this evidence, is it to be wondered that most of the early historians who lived with the primitive Indians of the Plains, were led to believe, from their worship of God, their strict moral code, their rigid laws as to foods clean and unclean, and their elaborate system of bathings and purifications, that in these red men of the New World, they had indeed found the long-lost tribes of Israel? CLEANLINESS Nothing will convince some persons but that "Yankees have tails," because, in their nursery days, these persons always heard it was so. That is exactly lie attitude of the world on the subject of dirty Indians. Alexander Henry II., a fur and whiskey trader, who did his share in degrading the early Indians, and did not love them, admits of the Mandans, in 1806: 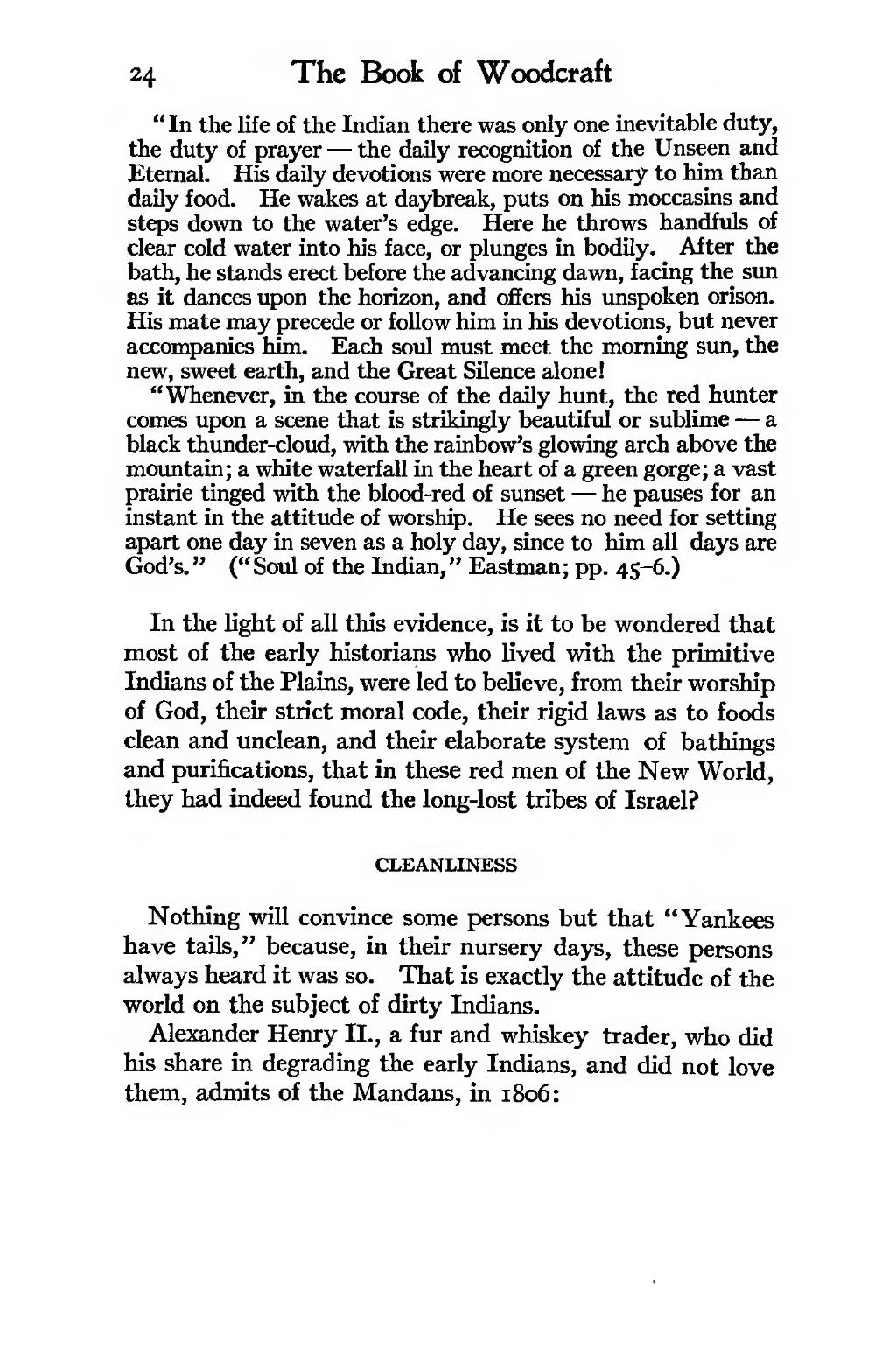