The Spartans of the West 21 Redman. From his books I quote repeatedly. Con- cerning the Indian's religion, he says: ' "The North American Indian is everywhere, in his native state, a highly moral and religious being, endowed by his Maker with an intuitive knowledge of some great Author of his being, and the Universe, in dread of whose displeasure he con- stantly lives, with the apprehension before him of a future state, where he expects to be rewarded or punished according to the merits he has gained or forfeited in this world. "Morality and virtue I venture to say the civilized world need not undertake to teach them. " I never saw any other people of any color who spend so much of their lives in humbling themselves before and worship- ping the Great Spirit. " (Catlm's "N. A. Indian, " Vol. II., p. 243-) "We have been told of late years that there is no evidence that any tribe of Indians ever believed in one overruling power; yet, in the early part of the seventeenth century, Jesuits and Puritans alike testified that tribes which they had met, believed in a god, and it is certain that, at the present time, many tribes worship a Supreme Being who is the Ruler of the Universe." (Grinnell's "Story of the Indian," 1902, p. 214.) "Love and adore the Good Spirit who made us all; who sup- plies our hunting-grounds, and keeps us alive." (Teachings of Tshut-che-nau, Chief of the Kansas. J. D. Hunter's "Cap- tivity Among the American Indians," 1798-1816, p. 21). And, again, Hunter says (p. 216): "A day seldom passes with an elderly Indian, or others who are esteemed wise and good, in which a blessing is not asked, or thanks returned to the Giver of Life, sometimes audibly, laut more generally in the devotional language of the heart. 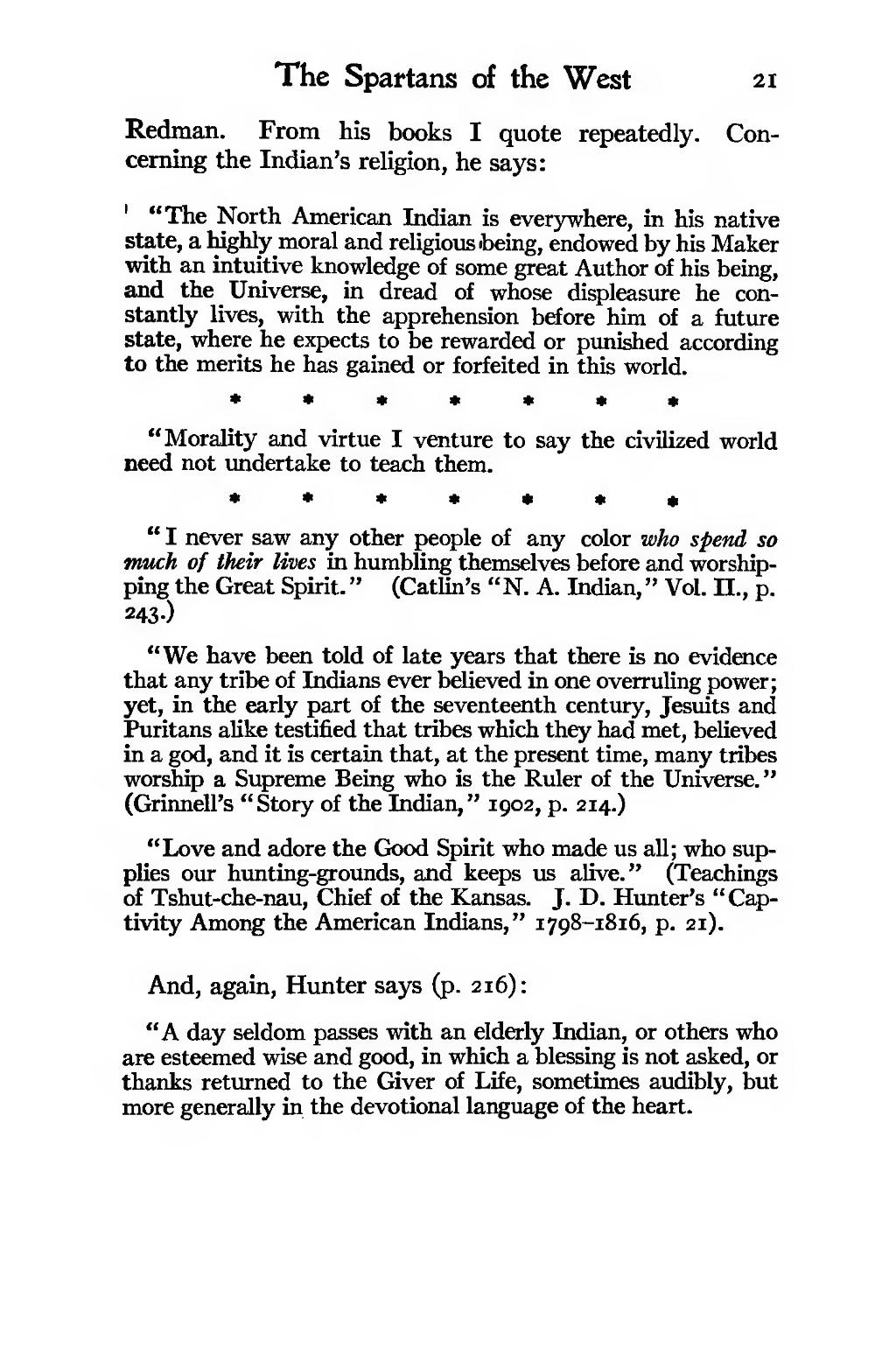