20 The Bcx)k of Woodcraft yond their partners' strength. In making clothes, canoes, and weapons, as well as in tilling of the fields, men and women worked together. The woman had a voice in all the great affairs, and a far better legal position than in most of the civilized world to-day. Seventh: He was treacherous. Oh! how ill it becomes ms to mention such a thing! Every authority tells us the same — that primitive Redman never broke a treaty; his word was as good as his bond; that the American Govern- ment broke every treaty as soon as there was something to gain by doing so. Captain J. G. Bourke thus scores the continual treachery of the whites: "The occasional treach- ery of the aborigines," says he, "has found its best excuse in the unvarying Punic faith of the Caucasian invader." ("On the Border with Crook," p. 114.) But let us look for evidence of the Indian's character among those who saw with their own eyes, and had no ob- ject to serve by blackening the fair fame of the bravely djdng race. It would be easy to fill a large volume with startling and trustworthy testimony as to the goodness of the old Indian of the best type; I shall give a few pages bearing on the Indian life and especially relating to the various charac- teristics for which the Redman has been attacked, selecting the testimony preferably from the records of men who knew the Indian before his withering contact with the white race. REVERENCE In 1832 George Catlin, the painter, went West and spent eight years with the unchanged Indians of the Plains. He lived with them and became conversant with their lives. He has left one of the fullest and best records we have of the 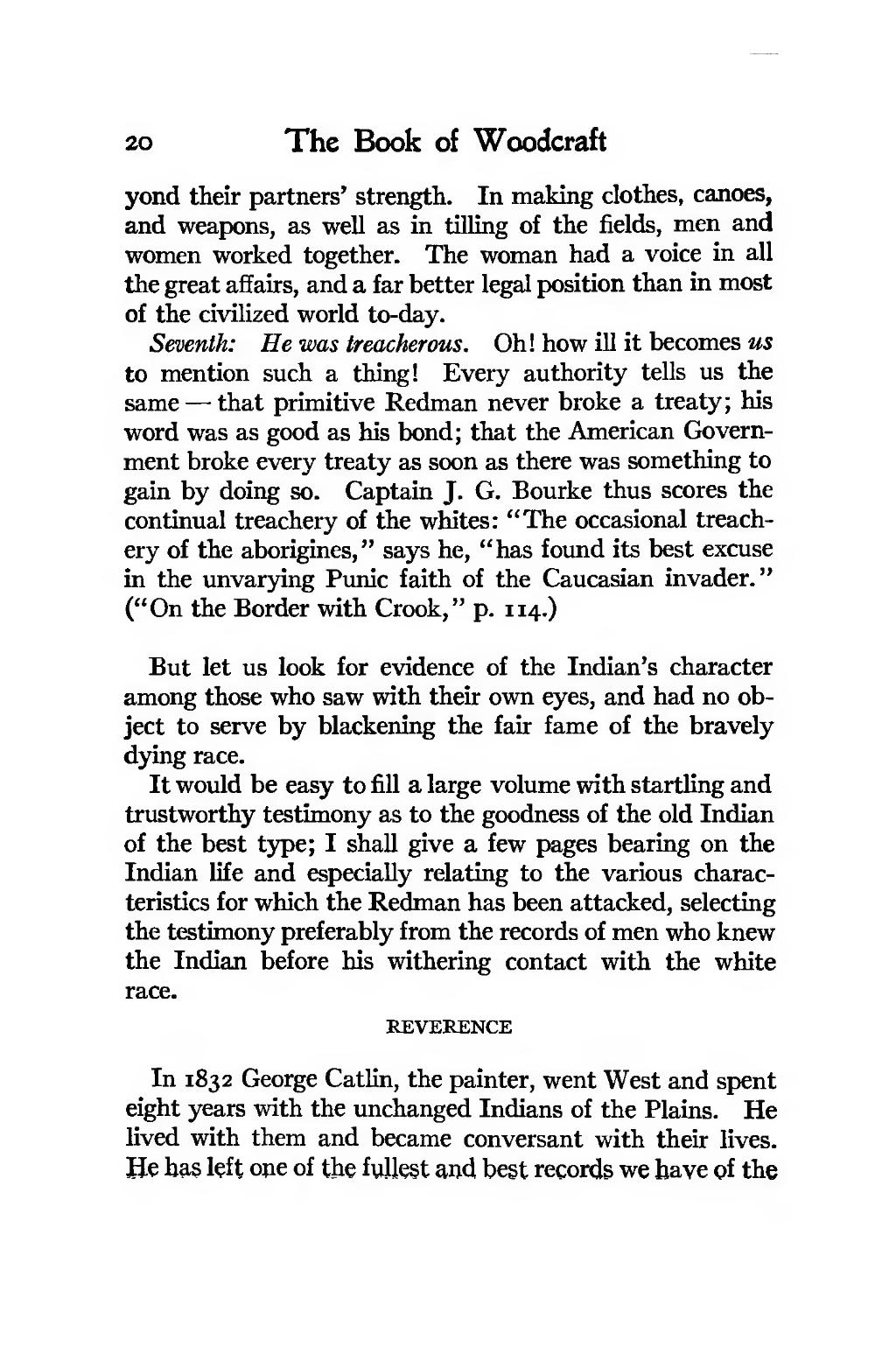