The Spartans of the West 19 testify that each Indian village had its fields of corn, beans, and pumpkins. The crops were harvested and safely- carried them over long periods when there was no other supply. They did not beheve in vast accumulations of wealth, because their wise men had said that greed would turn their hearts, to stone and make them forget the poor. Furthermore, since all when strong contributed to the tribe, the tribe supported them in childhood, sickness and age. They had no poor; they had no famine until the traders came with whiskey and committed the crimes for which we as a nation have yet to answer. Fourth: He was dirty. Many dirty habits are to be seen to-day among the Reservation Indians, but it was not so in the free days. A part of the old Indian's religion was to take a bath every day the year round for the helping of his body. Some tribes bathed twice a day. Every village had a Turkish bath in continual use. It is only the de- graded Indian who has become dirty, and many of the whites who of tenest assail him as filthy never take a bath from birth to judgment day. Fifth: He was lazy. No one who saw the Indian in his ancient form has preferred this charge. He was not fond of commercial manufacturing, but the regular work of t illin g his little patch of corn and beans he did not shirk, nor the labor of making weapons and boats, nor the frightful toil of portaging, hunting and making war. He undertook these at all times without a murmur. Many men will not aUow their horses to bear such bur- dens as I saw the Chipewyans bear daily, without a thought of hardship, accepting all as a part of their daily lot. Sixth: He degraded woman to be a mere beast of burden. Some have said so, but the vast bulk of evidence to-day goes to show that while the women did the household drudgery and lighter tasks, the men did all the work be- 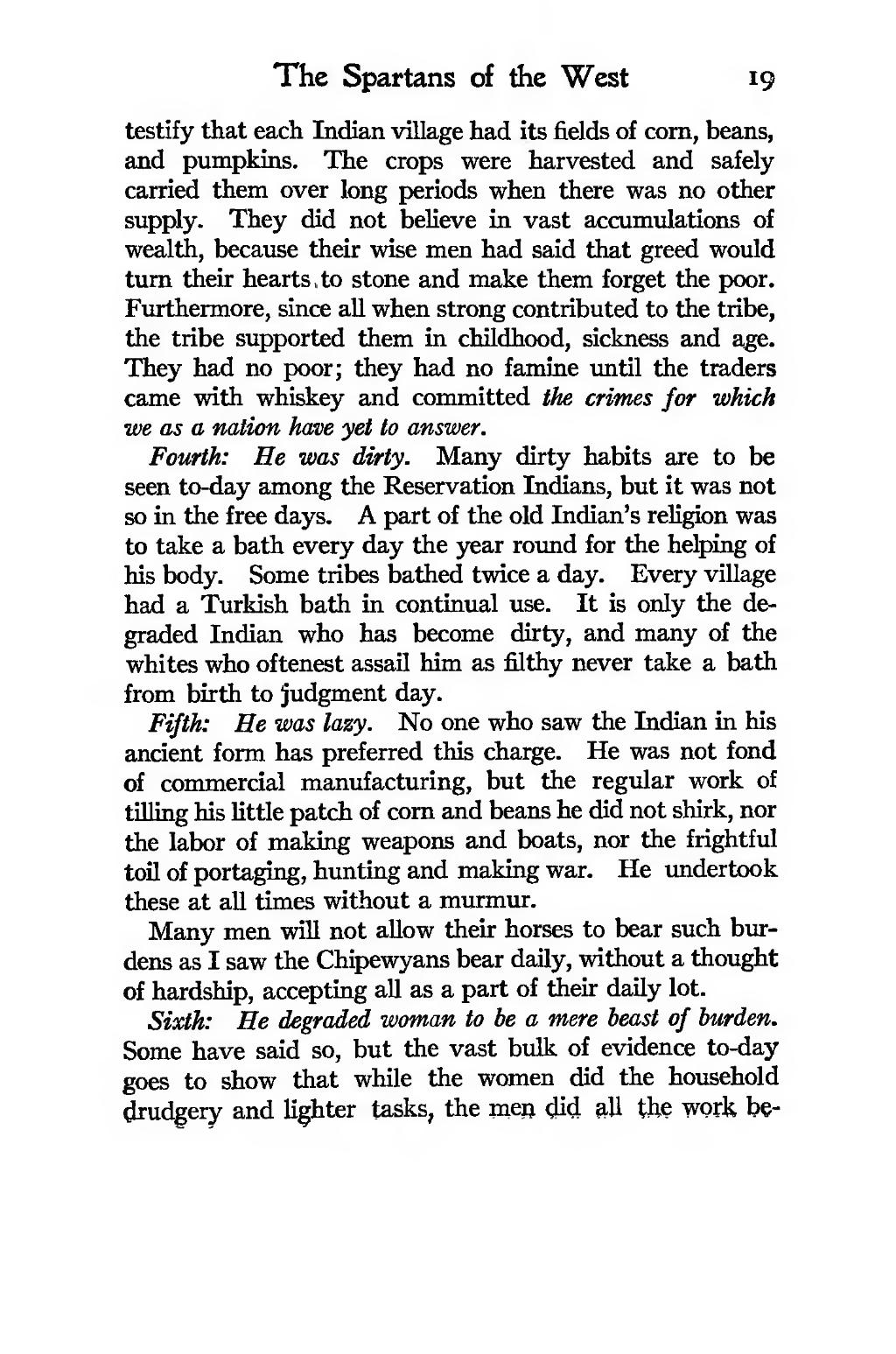