Natural History 379 parts of America has its own style of tail and fashion of wearing it: The northern or white-tailed jack carries his snowy- white tail out straight behind, so its general pure-white is visible; The southern or black-tailed jack has his tail jet-black on the upper part, and he carries it straight down; The varjdng hare has an inconsequent, upturned tuft, like a tear in his brown pantaloons, showing the white undergarment; The cottontail has his latter end brown above, but he keeps it curled up tight on his back, so as to show nothing but the gleaming white puff of cotton on a helpful back- ground of rich brown. The cottontail's tail never touches the ground except when he sits down on it. The most variable features of any animal are always its most speciahzed features. The jack-rabbit's tail-piece is much subject to variation, and the length and depth of the little intertrack-ial dash that it makes in the snow is a better guide to the individual that made it than would be the tracks of all four feet together. THE NEWTON JACK-RABBIT During February of 1902, I found myself with a day, to spare in the hotel office at Newton, Kan. I asked the usual question, "Any wild animals about here?" and got the usual answer, "No, all been shot off." I walked down the street four blocks from the hotel, and found a jack-rabbit trail in the snow. Later I fovind some cottontail tracks, though still in town. I walked a mile into the country, met an old, farmer who said that "No rabbits were ever fovmd around here." A quarter of a mile away was an orchard, and beside it a fence half buried 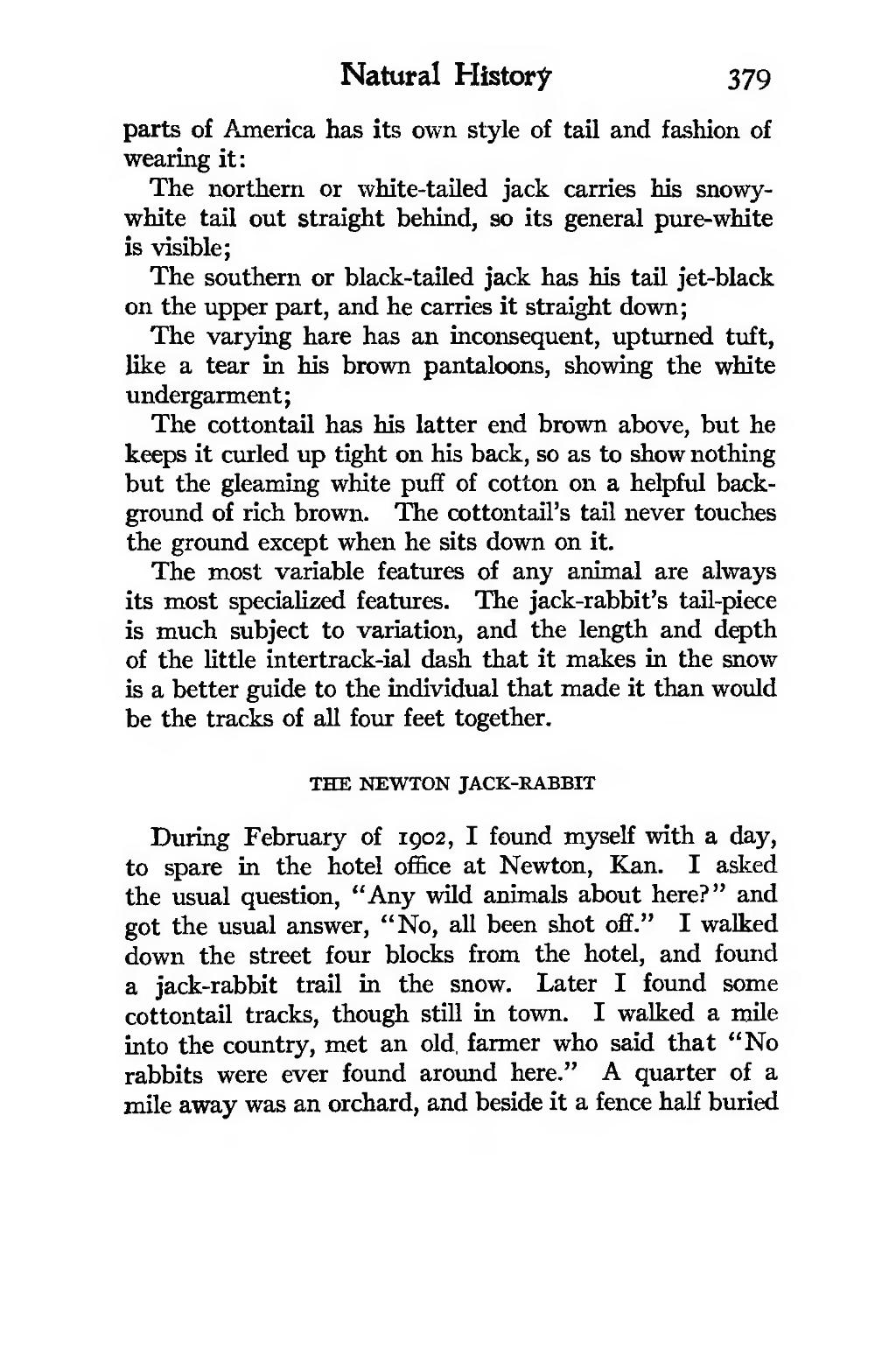