The Spartans of the West 17 "Every human being born upon our continent, or who comes here from any quarter of the world, whether savage or civilized, can go to our courts for protection — except those who belong to the tribes who once owned this country. The cannibal from the islands of the Pacific, the worst criminals from Europe, Asia or Africa, can appeal to the law and courts for their rights of person and property — all save our native Indians, who, above all, should be protected from wrong." (Century of Dishonor, " title-page.) And this is the land whose Constitution grants equal rights to all alike. This is the land that waxes virtuously indignant when Russia expels or massacres Nihilists, Poles or Jews. Have we not enough courage left to face the sim- ple truth that every crime of despotism in Russia has been more than doubled in atrocity by what has but recently been done in America? Nihilists, Jews and Poles were certainly breaking the law, usually plotting against the Government, when attacked. Russia never used burnings at the stake, as did the American unofficial Indian-kiUers. And never did Russia turn batteries of machine-guns on masses of men, women and children who were absolutely quiet, xmarmed, helpless and submissive: who had indeed thrown themselves on the mercy of the Government, and were under its protection. Americans were roused to a fury of indignation by doubt- tul newspaper accounts of Spanish misrule in Cuba. But the atrocities so credited to Spain pale into insignificance beside the mispeakable abominations proved against the United States by records of its own officials in its dealings with the native American race during the last hundred years. There are many exceptions to this charge that the Indian is cruel to his enemies, enough, almost, to justify a complete rebuttal, and among these was none niore honor- 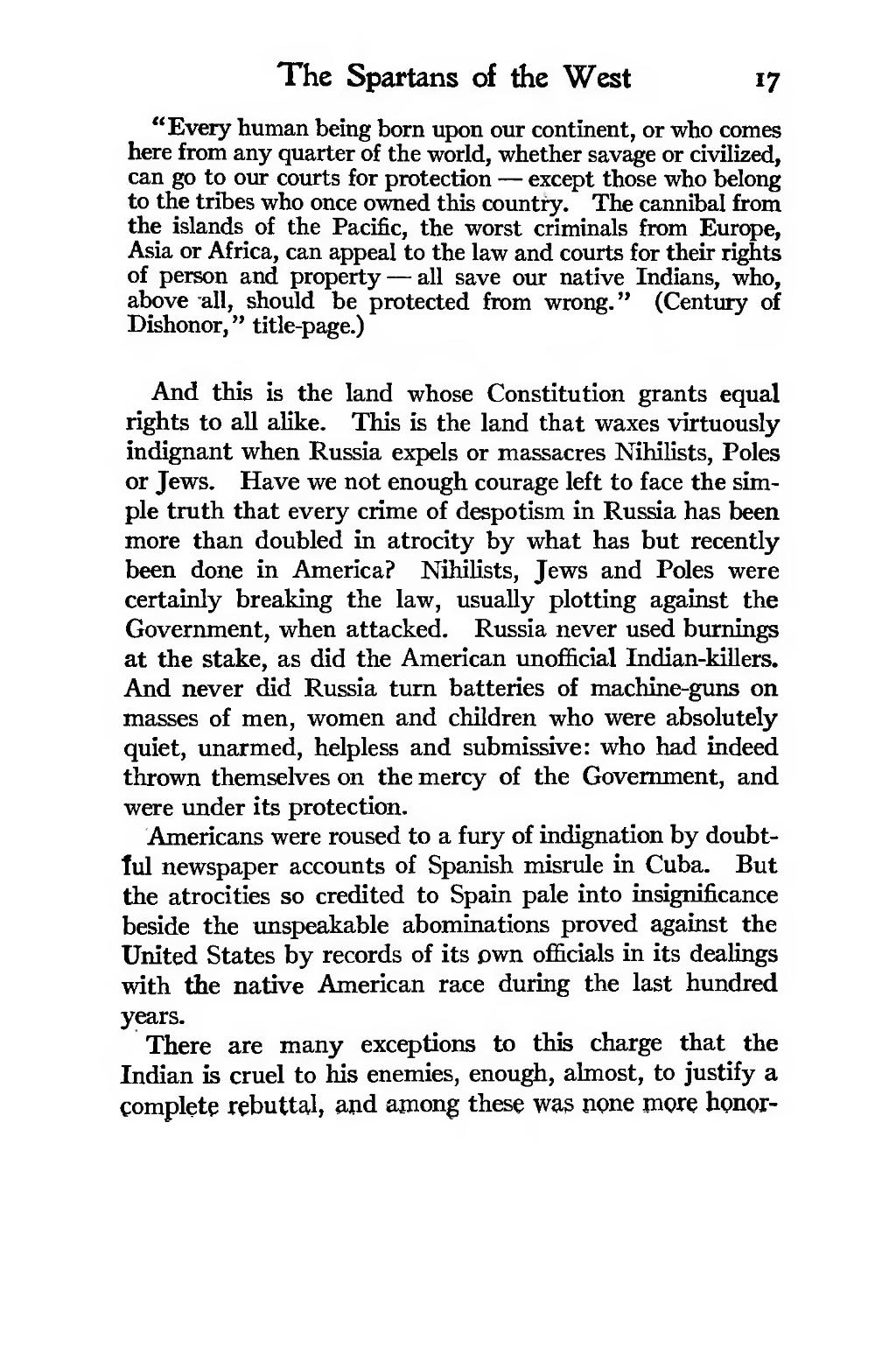