1 6 The Book of Woodcraft on overturned lodges, firewood and household property, and set fire to it all. " Several years afterward I was on the ground. Everywhere scattered about in the long grass and brush, just where the wolves and foxes had left them, gleamed the skulls and bones of those who had been so ruthlessly slaughtered. 'How could they have done it?' I asked myself, time and time again. ' What maimer of men were these soldiers who deliberately shot down defenseless women and innocent children? ' They had not even the excuse of being drunk; nor was their commanding oflicer intoxicated; nor were they excited or in any danger whatever. Deliberately, coolly, with steady and deadly aim they shot them down, killed the wounded, and then tried to burn the bodies of their victims. But I will say no more about it. Think it over, yourself, and try to find a fit name for men who did this. " ("My Life as an Indian, " pp. 41-2.) According to G. B. Grinnell, one hundred and seventy-six innocent persons were butchered on this day of shame; ninety of them women, fifty-five babies, the rest chiefly very old or very young men, most of the able-bodied hunters being away on a hunt. No punishment of any kind was given the monster who did it. There is no Indian massacre of whites to compare with this shocking barbarity, for at least the Indian always had the excuse that war had been declared, and he was acting on the defensive. Of a similar character were the massacres at Cos Cob, 1641; Conestoga, 1763; Gnadenwhutten, 1782; Coquille River, 1854; Wounded Knee, 1890; and a himdred more that could be mentioned. And no punishment was ever meted out to the murderers. Why? First, because appar- ently the Bureau at Washington approved; second, because "An Indian has no legal status; he is merely a live and particularly troublesome animal in the eye of the law. " (New York Times, February 21, 1880.) (See "Century of Dishonor," p. 367.) Governor Horatio Seymour says: 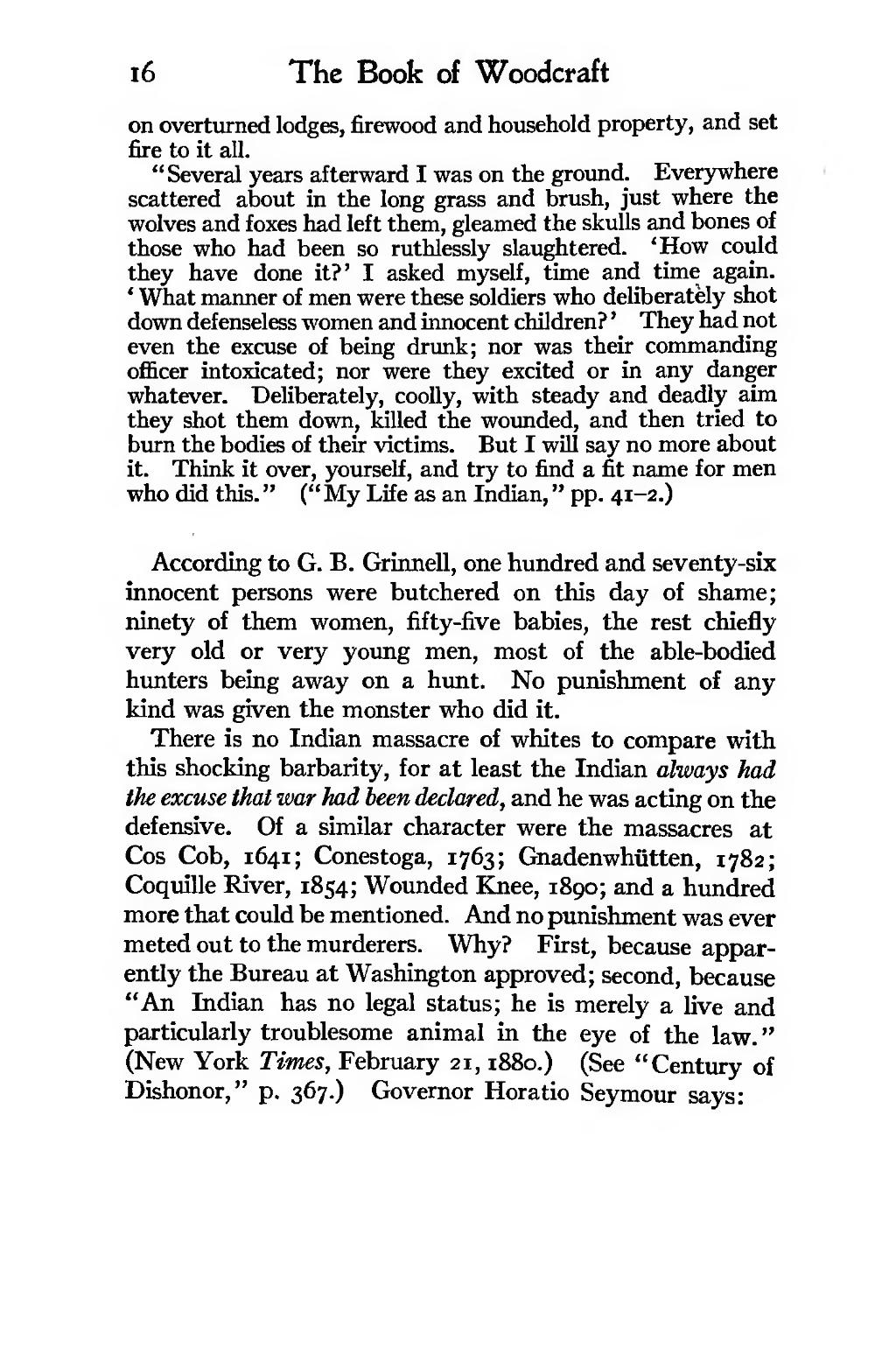