inches long, cinnamon-brown above, brightest on head, white below, with black spots on breast and sides, this thrush is distinguished from the many thrushes in America much like it, by the reddish head and round black spots on its under sides. It is found in the woods of eastern North America up to Vermont and Minnesota. Robin (Planesticus migratorius) . The Robin is about ten inches long, mostly dark gray in color, but with black on head and tail, its, breast is brownish red. The spots Wood Thrush. Bluebird. about the eye, also the throat, the belly and the marks in outer tail feathers are white. Its mud nest is known in nearly every orchard. Found throughout the timbered parts of America north to the limit of trees. Bluebird {Sialia sialis). About seven inches long, bril- liant blue above, dull red-brown on breast, white below. Found in eastern North America, north to about latitude 50 degrees in the interior, not so far on the coast. 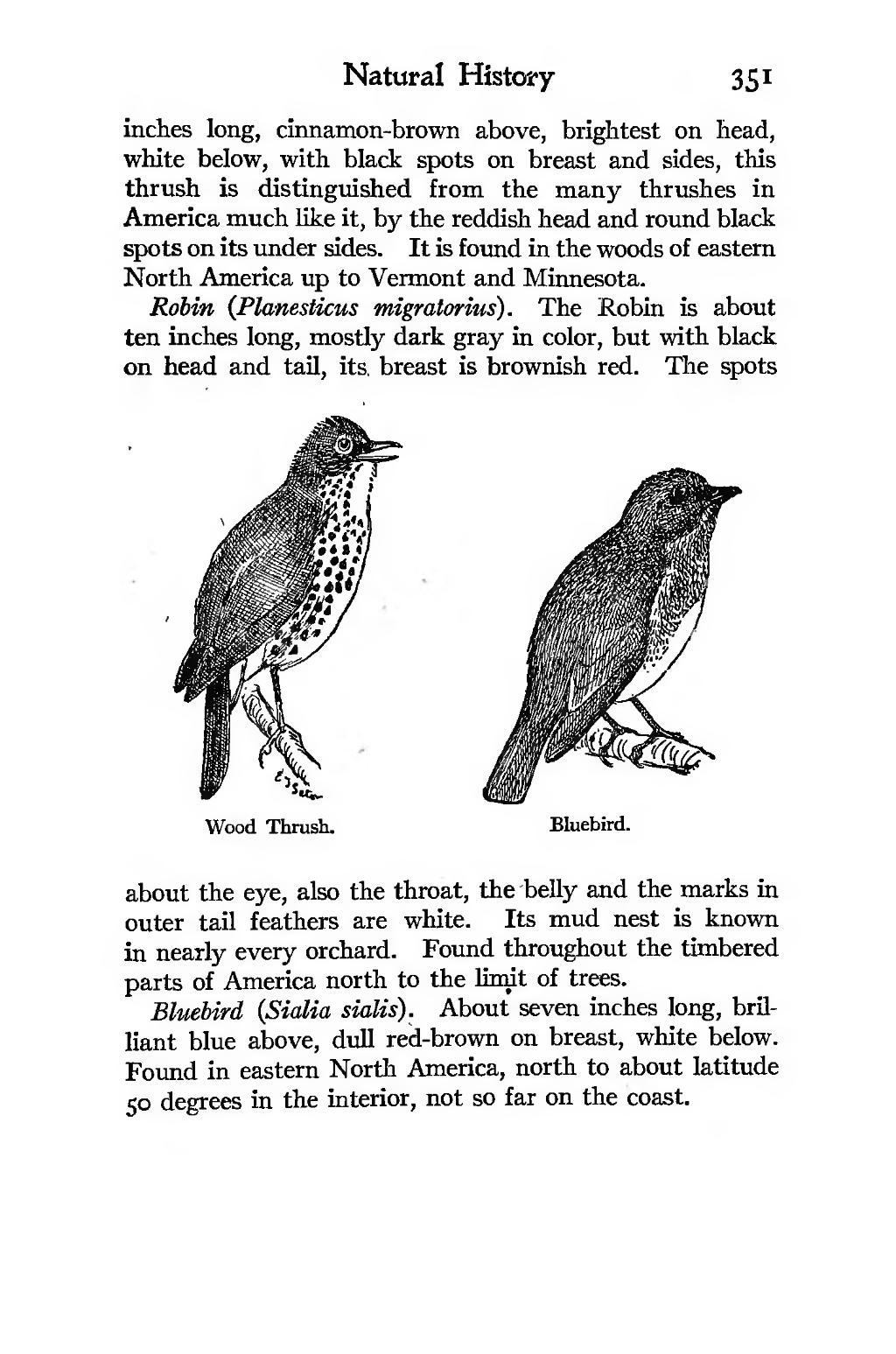