346 The Book of Woodcraft the name Reedbird. It is found in North America, chiefly between north latitude 40 and 52 degrees. Baltimore Oriole {Ifiterus galbula). The Oriole is about eight inches long, flaming orange in color, with black head and back and partly black tail and wings. The female is duller in plumage. Famous for its beautiful nest, as Baltimore Oriole. Purple Grackle or Crow Blackbird. well as its gorgeous plumage and ringing song, it is abundant in Eastern North America in open woods up to Northern Ontario and Lake Winnipeg. Purple Grackle or Crow Blackbird (Quiscalus quiscala). This northern bird of paradise looks black at a distance but its head is shiny blue and its body iridescent. It is twelve inches long. When flying it holds its long tail with the edge raised hke a boat, hence "boat tail." In various forms it is found throughout the eastern States, and in Canada up to Hudson Bay. Snowbird {Plectrophenax nivalis). About six and a half inches long, this bird is pure white, overlaid with brown 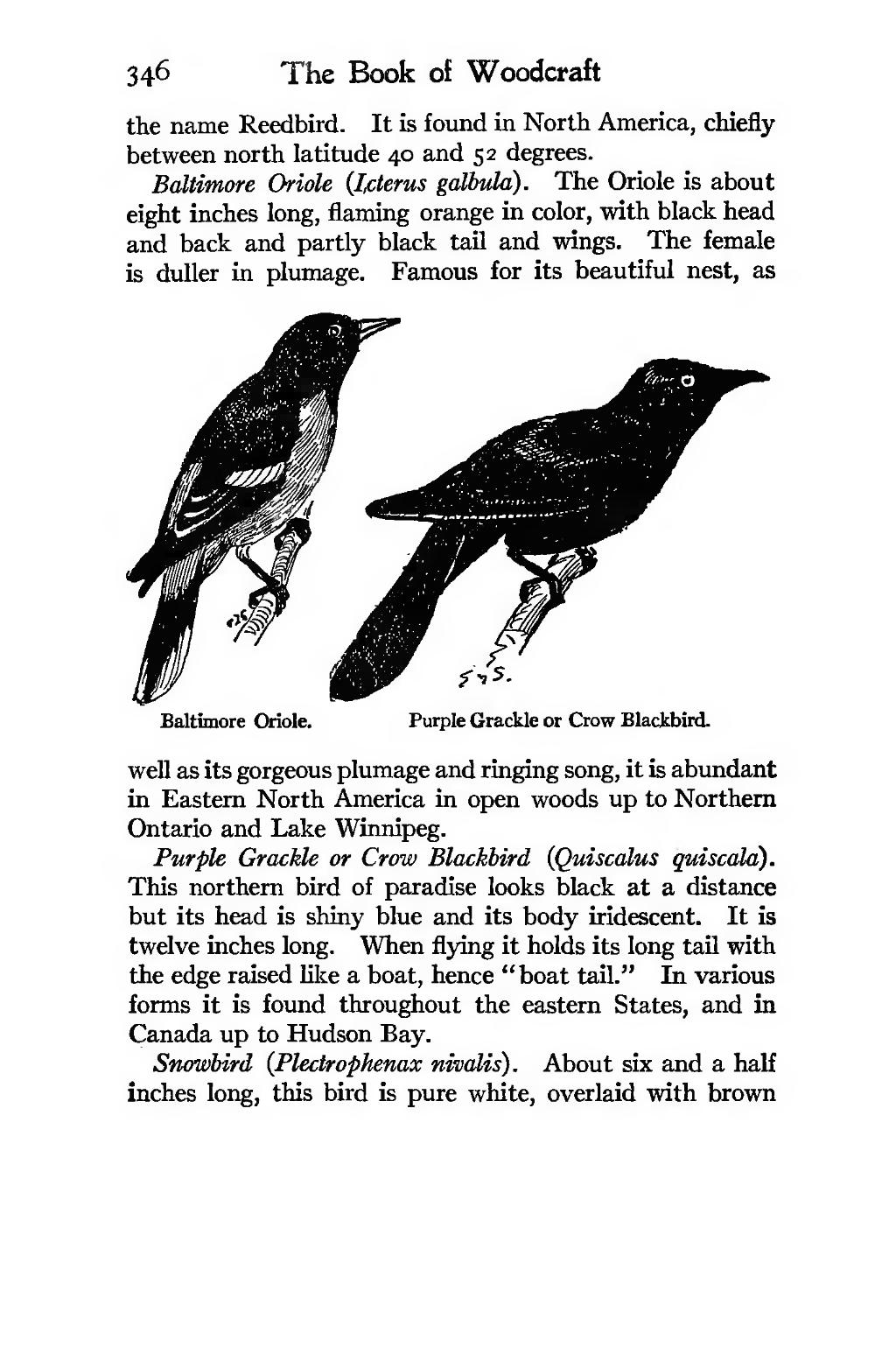