Natural History 343 by its pigeon-like look, and its long wedge-shaped tail, with black and white marks on the feathers. Its breast is soft purplish gray. Its extinct relation, the once plentiful Passenger Pigeon, was eighteen inches long and had a reddish breast. Downy Woodpecker {Dryobates pubescens). About six and and a half inches long, black and white. In the male the nape is red, the outer tail feathers white, with black spots. Carefully distinguish this from its large relation the Hairy Woodpecker which is nine and a half inches long and has no black spots on the white outer tail feathers. A familiar inhabitant of orchards the year round, it is found in woods throughout eastern North America. Flicker or Highhole (Colaptes auratus). This large and beautiful woodpecker is twelve inches long. Its head is ashy gray behind, with e^ red nape in the neck, and brown- gray in front. On its breast is a black crescent. The spots below and the little bars above are black, and the under side of wings and tail are bright yellow. The rump is white. Its beautiful plumage and loud splendid "clucker" cry make it a joy in every woodland. It is found throughout North America, east of the Rockies up to the limit of trees. Ruby-throated Hummingbird (Trochilus colubris). Every one knows the Hummingbird. The male only has the throat of ruby color. It is about four inches long from tip of beak to tip of tail. This is the only Hummingbird found in the Northern States or Canada east of the Prairies. Kingbird (Tyranmis tyrannus). This bird is nearly black in its upper parts, wliite underneath, and has a black tail with white tip. Its concealed crest is orange and red. It is eight and a half inches long. Famous for its intrepid attacks on all birds, large and small, that 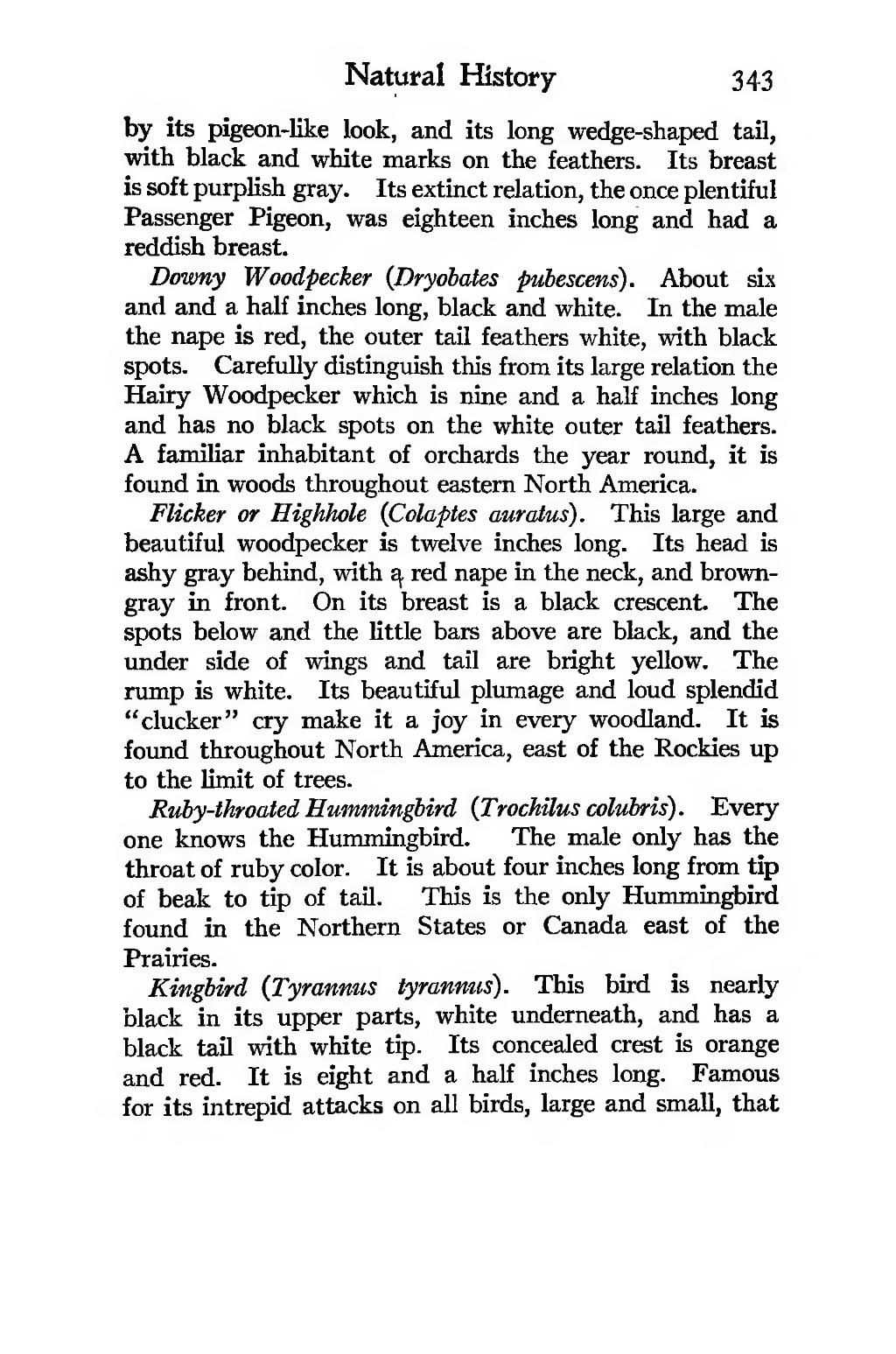