336 The Book of Woodcraft Great Horned Owl or Cat Owl {Bubo virginianus). This is the largest of our Owls. About twenty-four inches long and four feet across the wings. It is known at once by its great ear tufts, its yellow eyes, its generally barred plumage of white, black and buff, and its white shirt front. This is the winged tiger of the woods. Noted for its destruction of game and poultry, it is found throughout the timbered parts of North America. Screech Owl {Otus asio). This is not unlike the Horned Owl in shape and color but is much smaller • — only ten inches long. Sometimes its plumage is red instead of gray. It feeds on mice and insects and has a sweet mournful song in the autumn — its lament for the falling leaves. It is found in the timbered parts of North America. Turkey Vulture or Buzzard {Catkartes aura) . The Turkey Vulture is about two and a half feet long and about six feet across its wings. It is black everywhere except on the under side of the wing which is gray, and the head which is naked and red. It is known at once by the naked head and neck, and is famous for its splendid flight. It is found from Atlantic to Pacific and north to the Sas- katchewan. It preys on carrion. In the Southern States is another species — the Black Vulture or Carrion Crow — which is somewhat smaller and wears its coat collar up to its ears instead of low on the neck; also its complexion is dusky not red. Loon {Gavia immer). The common Loon is known by its size — thirty-two inches long and about four feet across the wings-— and its brilliant black and white plumage. It is noted for its skill as a fisher and diver. Its weird rolling call is heard on every big lake in the country. Common Seagull (Larus argentatus). The common Sea- gull is twenty-four inches long and four feet across. The plumage is white with blue-gray back, when adult; but 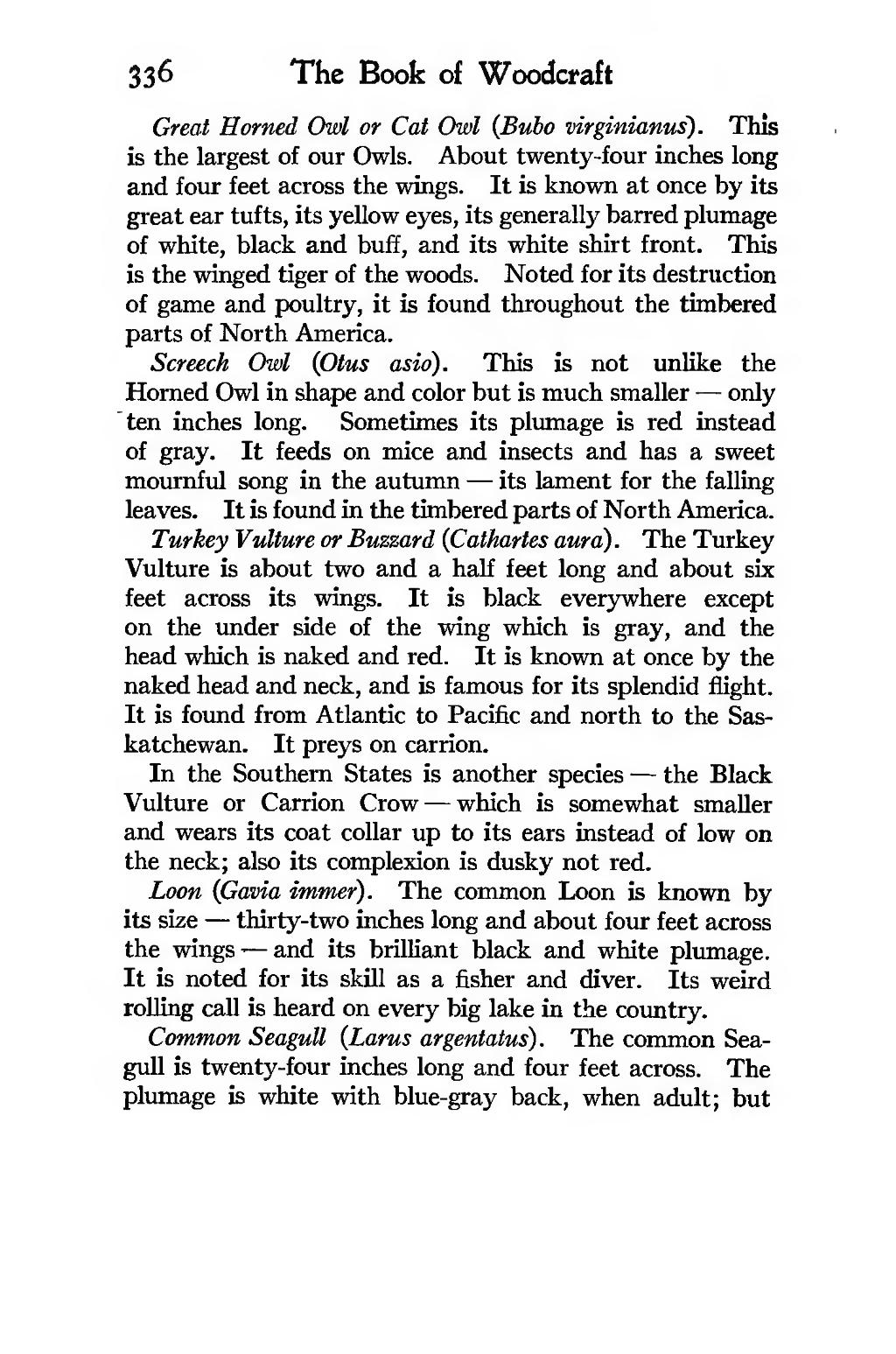