Health and Woodland Medicine 331 crumbs, and, of course, was easily chewed. While roasting it gave off a smell, like seaweed. Rock-tripe. But the last, the rock-tripe or famine-food of the Indians, has proved the most satisfactory of all the starvation foods that I have experimented with. Every one knows it as the flat leathery crinkle-edged lichen that Rock-tripes. grows on rocks. It is blackish and brittle in dry weather, but dull dark greenish on the upper side in wet. It is largely composed of nutritious matter that can be assimi- lated by the human stomach. Unfortunately it is also a powerful purge, unless dried before being boiled, as food. Specimens gathered from the rocks in Connecticut — it is very widely distributed even in New England — after dry- ing and two or three hours boiling, produced a thick muci- laginous liquid and a granular mass of solid jelly, that were 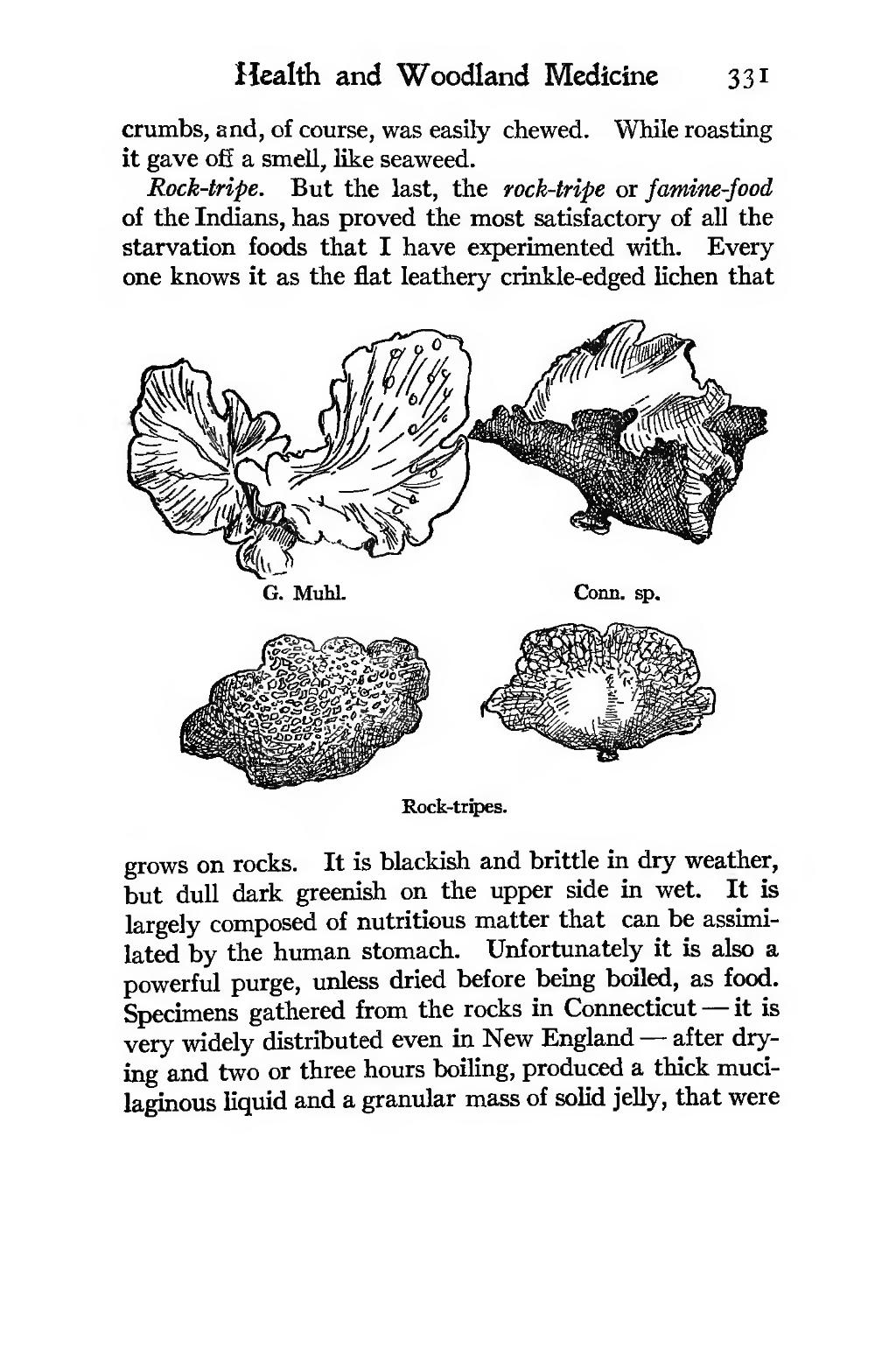