Health and Woodland Medicine 329 by mice or squirrels is usually good. References to the article on toadstools will show that none but the Amanitas are deadly, and these are well known by their white or yellow gills, their parasol shape, the ring on their upper stem, and the cup out of which they spring. They grow on the ground in the woods. Lichens. But the surest food supply of all is that from the lowly lichens, which exist in enormous quantities throughout the great land of big hunger and little sticks. Doctor C. C. Curtis says: "All lichens are rich in carbohydrates; lichen starch or lichenin, constituting 40 to 60 per cent, of the bulk of the higher forms." They supply winter food to all the northern quadrupeds. The reindeer, the white hare, the musk-ox, and the lemming find in them their chief support; and those which do not Uve directly on the lichen do so indirectly by preying on those who do. They are not choice dainties for human food. But Richardson, the famous northern naturalist, and the party with him, as well as unnumbered Eskimos and travelers, have lived for weeks on the lichens when other food has failed. The kinds most useful are the Iceland moss {Cetraria icelandica) , the reindeer moss {Cladonia rangiferina) , and the rock-tripe or famine-food {Umbilicaria arctica), and other species. To these we might add the Lucanora esculenta or manna lichen, the manna of the Bible; but as this is an old-world species it is not within the intended scope of this article. The Iceland moss is a rigid, erect, branching moss, almost like a seaweed, and of brown color. It abounds in most northern latitudes. Richardson speaks of the Barren Grounds being covered with Cetraria of two species. When 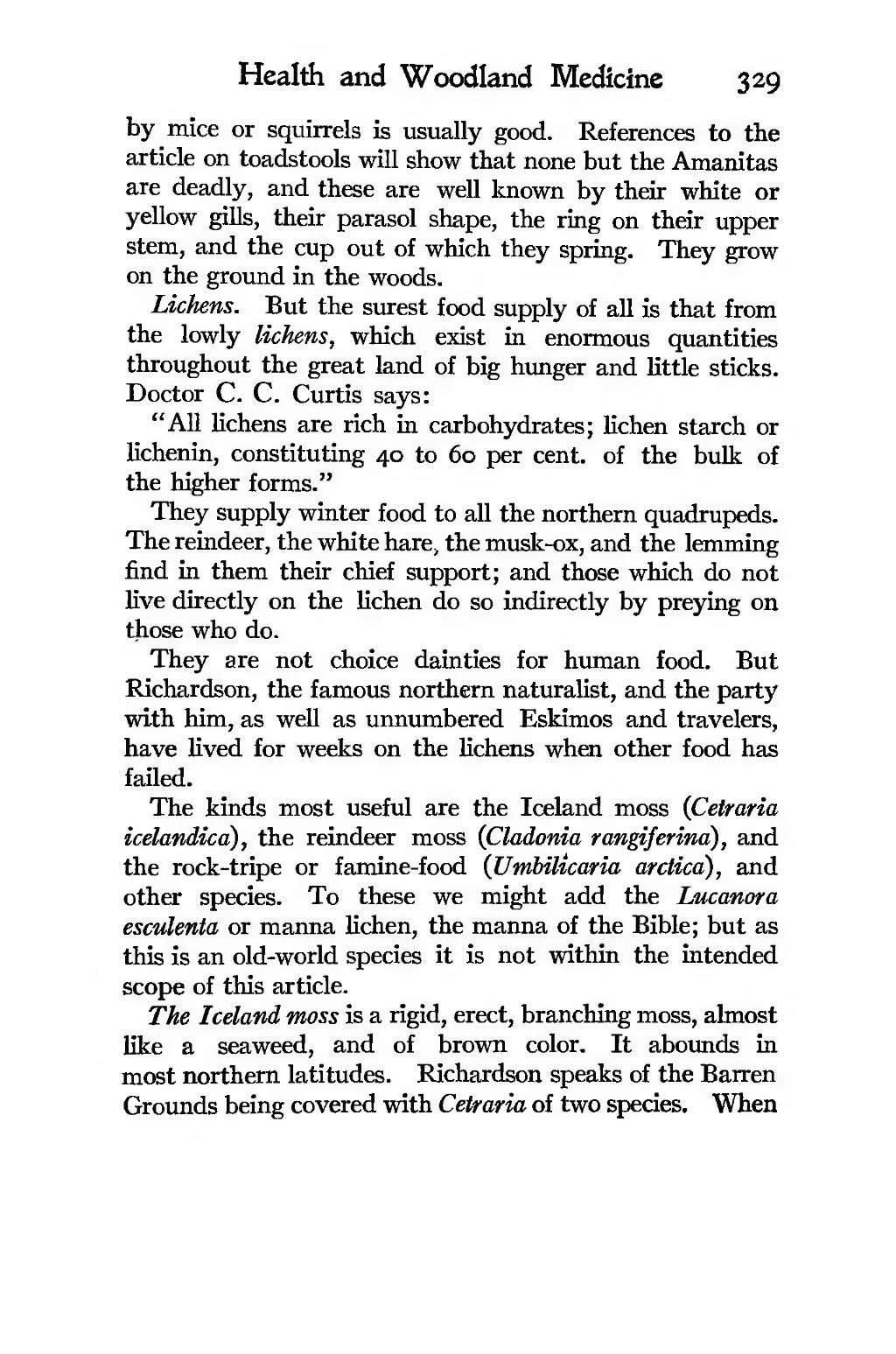