Health and Woodland Medicine 327 runs, each of which is guarded by a snare. They then drive the rabbits back and forth, capturing several at each drive. Mice swarm in all the northern country wherever there is heavy sedge, or where the ground is deeply buried in moss, and that means most of the Far North. If I were seeking for mice I should pick out a sedgy hollow, one evidently not actually a pond in summer, and dig through snow and tangle down to the runways, at the level of the ground. If one has traps they may be set here with the certainty of taking some game within a few hours. But usually the mice are so common that they may be caught by hand. I have frequently done this, taking a hint from the method of a fox hunting mice. He advances very slowly, watching for a movement in the cover. As soon as this is seen he seizes the whole tussock, and, after the death squeeze, separates his victim from the grass. Deep snow, unfortunately, puts the mice beyond reach, and excludes them from the bill of fare when most needed. Ants, the next on our Hst, are usually to be found dor- mant in dead and hollow trees, sometimes in great numbers. Bears and flickers eat them in quantities, and I have met with men who claim to have done so, but I never tried them myself and suspect that they are unpleasantly acid. Insect-borers. These are the fat white grubs that winter under the bark of trees and in dead timber. They are accounted acceptable food by bears and by most birds, which is almost if not quite conclusive evidence that they are good for human food. Their claws, nippers, and spines should be removed. To get them one must have an axe. Rawhide, or even leather, if boiled for hours, will make a nutritious soup. Many a man has bridged the awful gap by boiling his boots, whence the phrase to express the final extreme, "I'll eat my boots first." Mark Twain was once 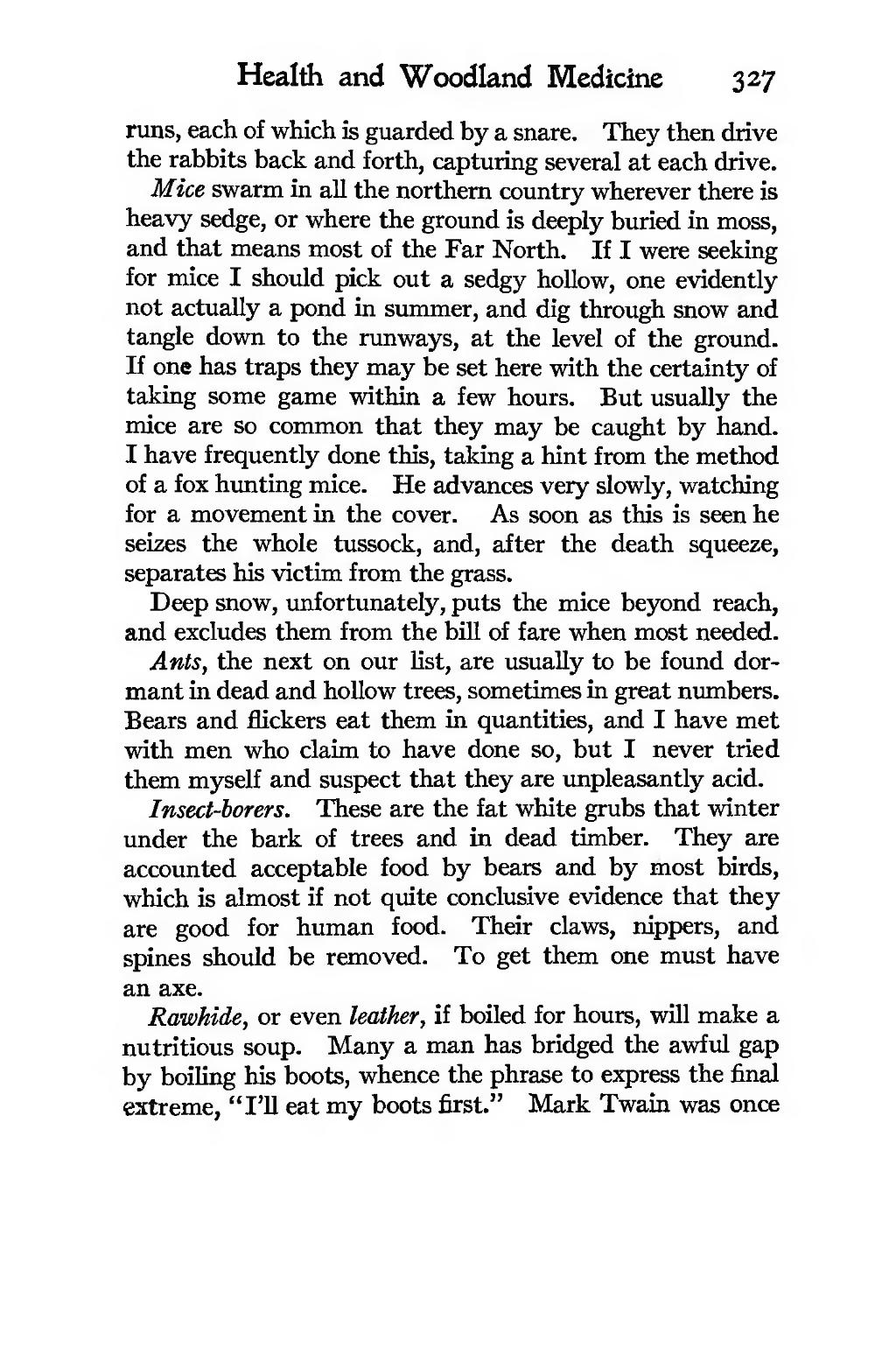