326 The Book of Woodcraft a shoelace, a buckskin thong, or even a strip of clothing, may be used as a snare. There are many ways of making a rabbit snare, but the simplest is the best. The essentials are, first, the snare — an ordinary running noose; second, a twitch-up; that is either a branch bent down, or a pole laid in the crotch of a sapling. If the nearest sapling does not have a crotch the twitch-up can be fastened to it with a willow withe. Pole for rabbit snare and various ways of setting the noose. The snare is fast to the end of the pole, and spread open in a weU-wom runway. The loop is about four inches across and placed four inches from the ground. The pole twitch-up is held down by placing the cross-piece of the snare under some projecting snag, as shown. The rabbit, bounding along, puts his head in the noose, a slight jerk frees the cross piece from its holder, and in a moment the rabbit is dangling in the air. The cross piece can be dispensed with if the snare be wrapped three or four times around a snag. The squaws often build a little hedge across a rabbit thicket, so as to close all but three or four 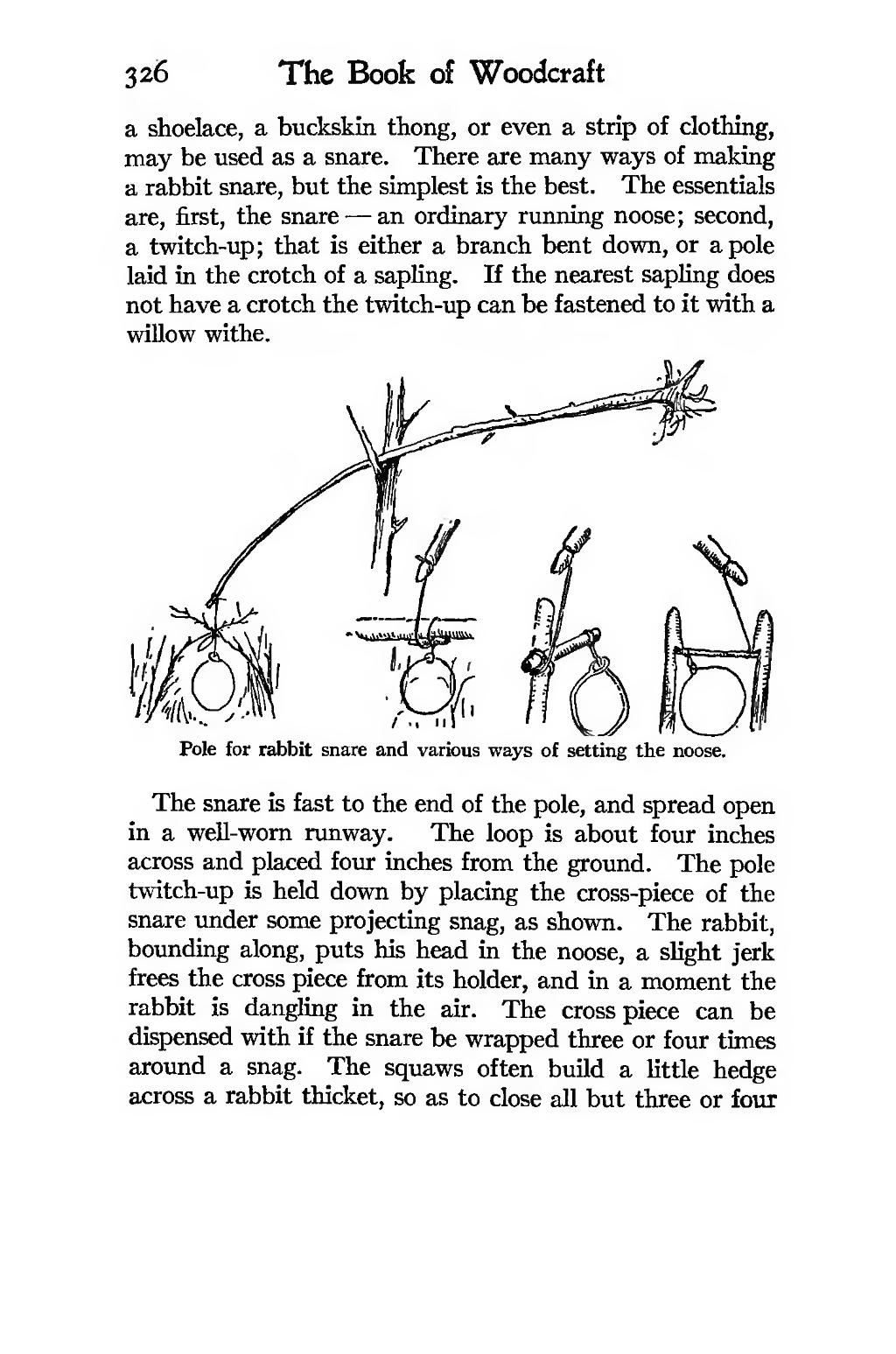