300 The Book of Woodcraft If the rat is knocked off by any one in fair firing, the keeper is powerless till he has replaced it. Meantime, most of the players have secured their rats and got back safe to the firing-line. By using bean bags or sandbags instead of stones this may be made an indoor game. WATCHING BY THE TRAIL This is a game we often play in the train, to pass the time pleasantly. Sometimes one party takes the right side of the road with the windows there, and the other the left. Sometimes all players sit on the same side. The game is, whoever is first to see certain things agreed on scores so many points. Thus: A crow or a cow counts i A horse 2 A sheep 3 A goat 4 A cat . . . 5 A hawk 6 An owl 7 The winner is the one who first gets 25 or 50 points, as agreed. When aioot, one naturally takes other things for points, as certain trees, flowers, etc. TRAILING A good trailing stunt to develop alertness and obser- vation's managed thus: One fellow wearing the tracking irons is deer. He is given 100 beans, 30 slices of potato and 10 minutes start. He has to lay a track, as crooked as he pleases, dropping a bean every 3 or 4 yards and a slice 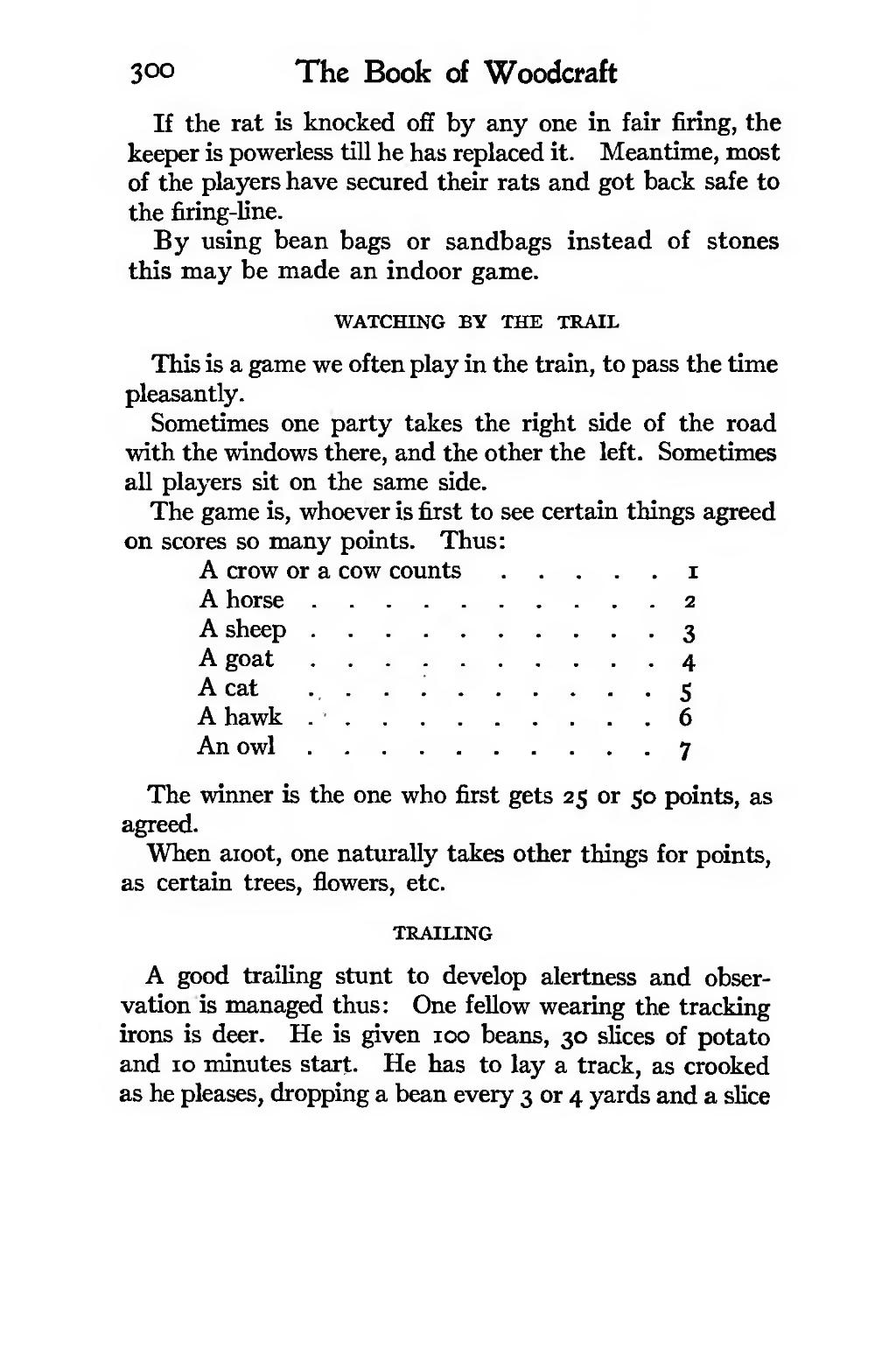