Games for the Camp 297 FEATHER FOOTBALL OR FEATHER-BLOW This is an indoor, wet-weather game. The players hold a blanket on the knees or on the table, A soft feather is put in the middle. As many may play as can get near. They may be in sides, 2 or 4, or each for himself. At the signal " Go ! " each tries to blow the feather off the blanket at the enemy's side, and so count one for himself. A game is usually best out of 7, 11, or 13. COCK-FIGHTING Make 2 stout sticks, each 2 feet long (broomsticks will do). Pad each of these on the end with a ball of rag. These are the spurs. Make an 8-foot ring. The two rivals are on their hunkers, each with a stick through be- hind his knees, his hands clasped in front of the knees, and the arms under the ends of the spurs. Now they close; each aiming to upset the other, to make him lose his spurs or to put him out of the ring, any of which ends that round, and scores i for the victor. If both fall, or lose a spur, or go out together, it is a draw. Battle is for 3, 5, 7, 11, or 13 rounds. ONE-LEGGED CHICKEN FIGHT In this the two contestants stand upon one leg, holding up the ankle grasped in one hand behind. Points are scored as above, but it is a defeat also to drop the up leg. STRONG HAND The two contestants stand right toe by right toe, right hands clasped together; left feet braced; left hands free. 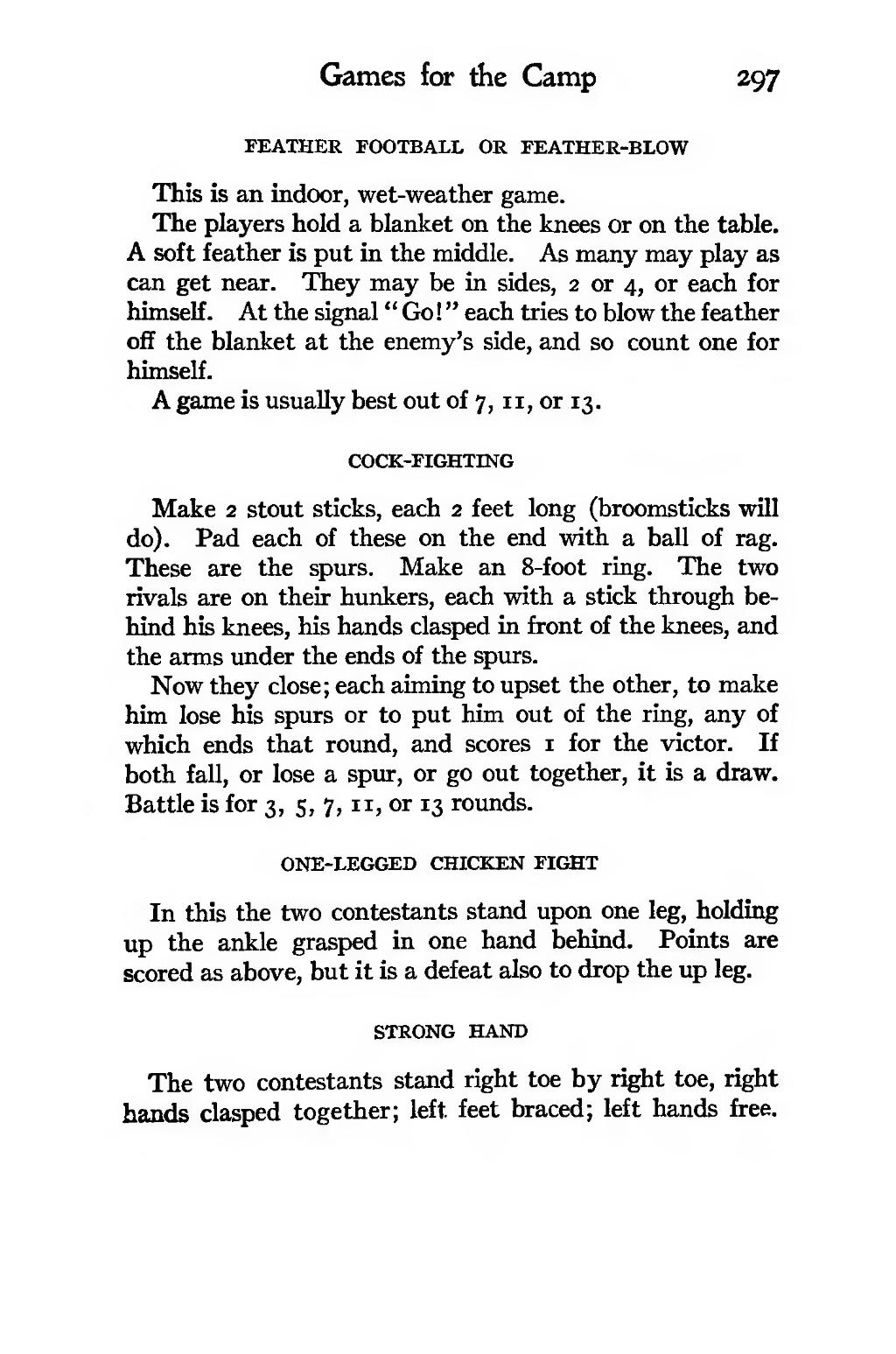