Games for the Gamp

Sometimes we allow 10 points for each Turtle they have seen; 10 for each Owl seen and properly named; s for each Hawk, and i each for other wild birds; also 2 for a Cat; i for a Dog. No information is given theScout; he is told to go to such a point and do so and so, but is fined points if he hesitates or asks how or why, etc. THE GAME OF QTJICKSIGHT Take two boards about a foot square, divide each into twenty-five squares; get ten nuts and ten pebbles. Give to one player one board, five nuts, and five pebbles. He places these on the squares in any pattern he fancies, and when ready, the other player is allowed to see it for five - © e e - - ® © ,' c @

seconds. Then it is covered up, and from the memory of what he saw the second player must reproduce the pattern on his own board. He counts one for each that was right, and takes off one for each that was wrong. They take turn and turn about. This game is a wonderful developer of the power to see and memorize quickly. 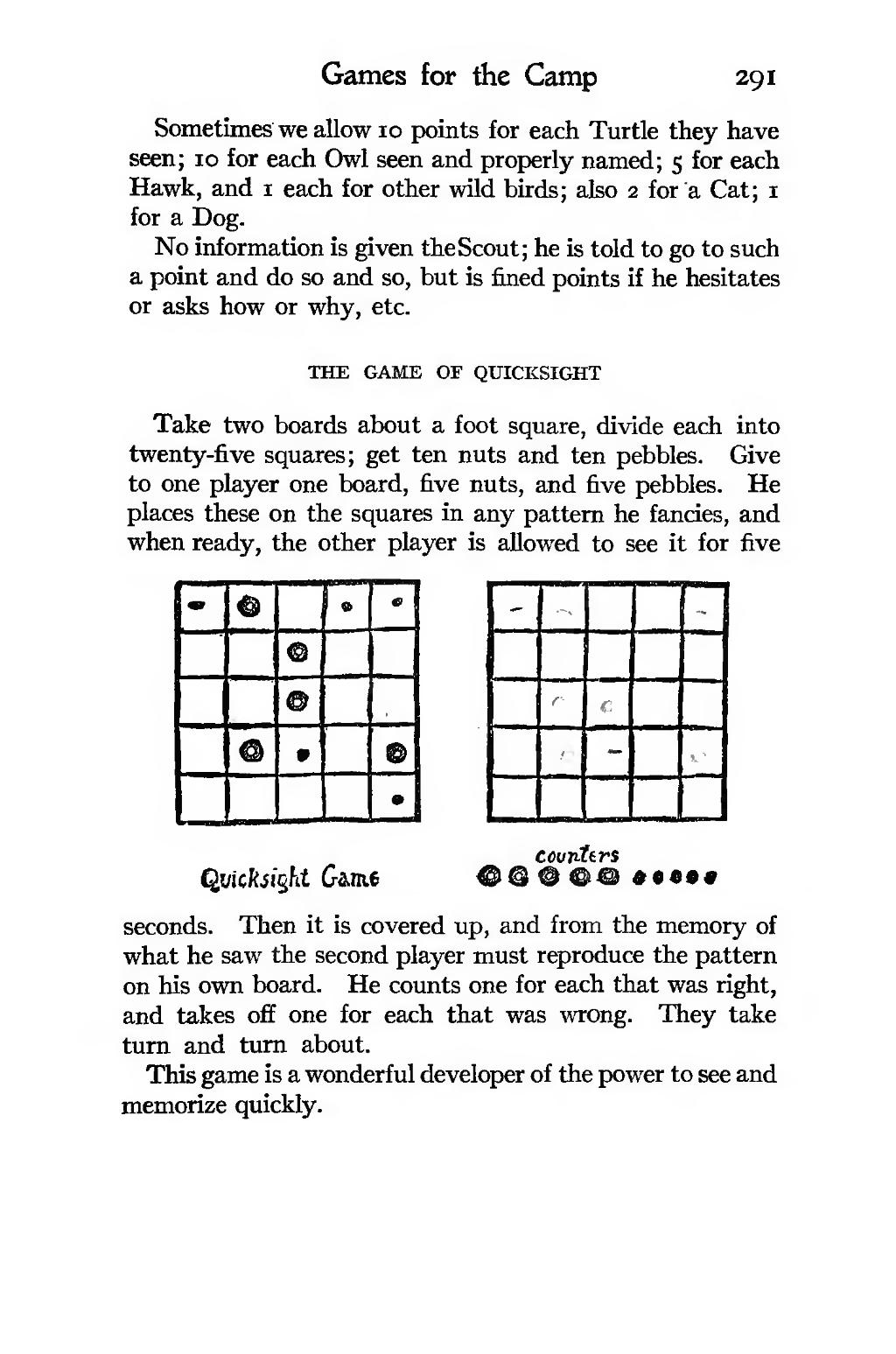